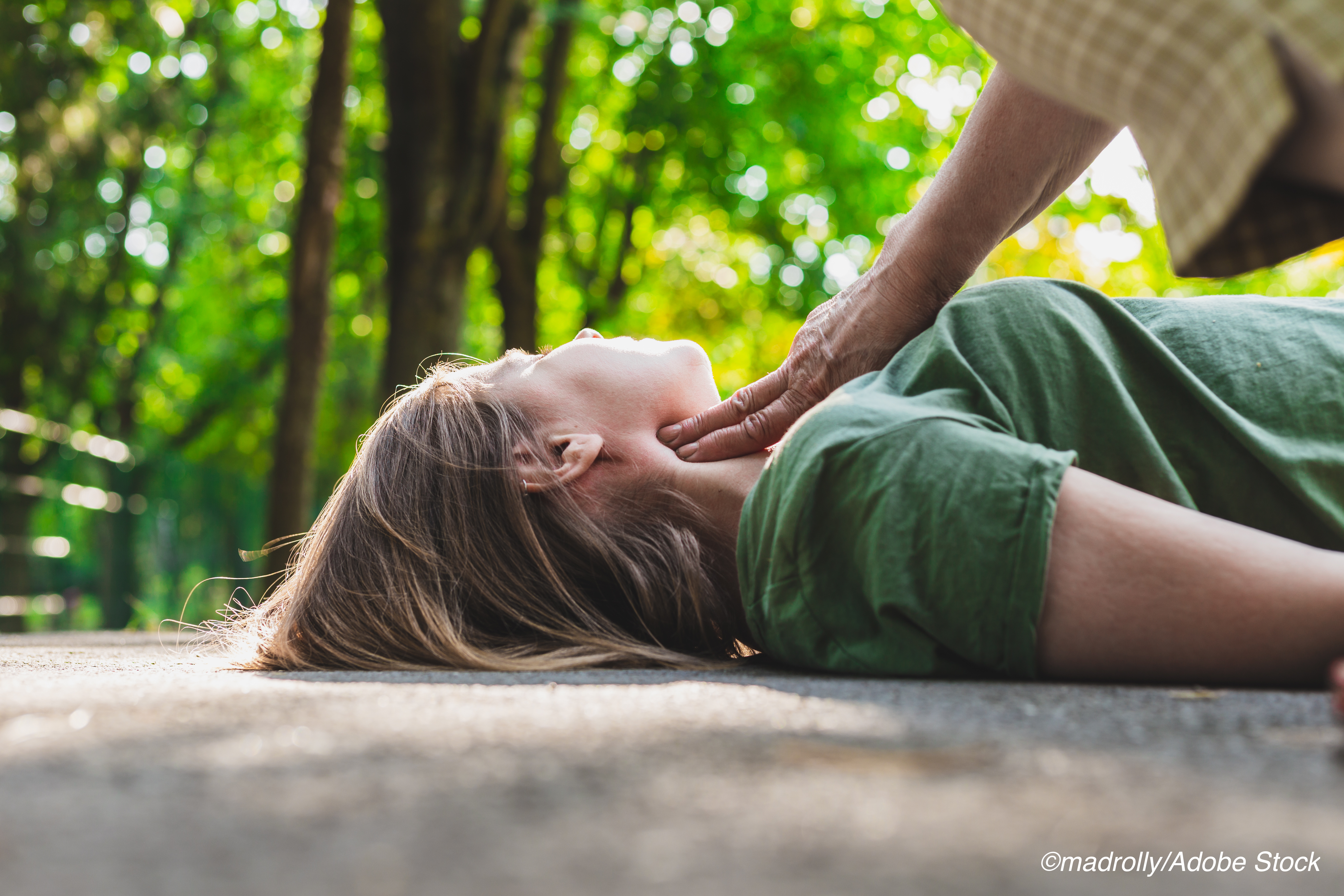 Syncope phenotype may be key to identifying likely responders

Oral midodrine cut the recurrence of syncope in healthy, younger patients with a high syncope burden, researchers from Canada reported.

In a placebo-controlled study of the α-1 adrenergic receptor agonist in patients with recurrent vasovagal syncope and no serious comorbidities, 42% (n=28/66) of those taking midodrine had at least one syncope episode versus 61% of those on placebo (n=41/67), according to Robert Sheldon, MD, PhD, of the Libin Cardiovascular Institute at the University of Calgary in Alberta, and co-authors.

“There is a pressing need for effective treatments for vasovagal syncope,” the authors stated, explaining that other treatment approaches, such as boosting salt and ﬂuid intake or treating with fludrocortisone, have limitations, as was seen in the POST 2 trial by Sheldon and colleagues.

Oral midodrine hydrochloride was approved by the FDA in 1996 for the treatment of syncope, but in 2010, the agency threatened to withdraw approval when the drug’s developer failed to perform post-market trials. However, midodrine currently appears on the FDA’s approved list of drugs.

But in an editorial accompanying the study, Michele Brignole, MD, of the Istituto Auxologico Italiano, San Luca Hospital in Milan, pointed out “the high recurrence rate in the active group, the similar burden of syncope between the groups in patients who continued to faint, and the interaction of baseline blood pressure [BP] and risk for syncope.”

“The actuarial syncope recurrence within 1 year despite midodrine was 46% of patients,” which is partly explained by the “extremely high frequency of syncope before treatment,” he explained. The authors noted that pre-randomization, patients had had a median of 21 syncope episodes over a median of 14 years, with a median frequency of 4.1 episodes/year.

In addition, patients on midodrine who had recurrence had a burden of syncope similar to those treated with placebo, Brignole stated. Specifically, the midodrine group had 73 syncope episodes while the placebo group had 146, and among patients with at least one syncope recurrence, median syncope frequencies were 0.32 syncope episodes/month in the midodrine group and 0.30 in the placebo group, according to the authors.

So “the mechanism of vasovagal syncope may differ between responders and nonresponders,” Brignole said, noting that, per Sheldon’s group, the “rationale for midodrine’s effectiveness is that it counteracts venous pooling due to orthostasis and the subsequent ineffective venoconstriction that occurs with vasovagal reaction. Yet, this potential mechanism is in apparent contrast with the ﬁnding that beneﬁt was limited to patients with baseline systolic blood pressure higher than 120 mm Hg,” while “ﬂudrocortisone was more effective in those with low blood pressure at baseline.”

Brignole advised that before prescribing one or the other agent, clinicians should “determine whether patients represent a hypotensive or bradycardic phenotype, and choose therapy directed at phenotype,” an approach that he and a colleague outlined in a 2021 Heart review.

The study was conducted at 25 university hospitals in Canada, the U.S, the U.K., and Mexico from February 2012 to October 2017 with 133 participants (73% female; median age 32), who were randomly assigned 1:1 to placebo or midodrine starting at 5 mg daily and followed for 12 months. Sheldon and co-authors conceded that the small patient population was a study limitation, as was the fact that half of the patients came from one center in Calgary.

The authors also noted that, “[u]nless unavoidable, patients were not permitted to receive the following treatments until after the primary outcome event: permanent pacemakers, β-blockers, other α-adrenergic agonists or antagonists, tricyclic antidepressants, serotonin reuptake inhibitors, scopolamine, theophylline, or ﬂudrocortisone.”

For the outcome of syncope, they also explained that “we believed that patients care most whether they faint at all. Therefore, we used the proportion of patients with a syncope recurrence as the primary outcome measure, and we classiﬁed treatment as having failed if a patient had at least 1 syncope episode within the 12-month observation period.”

The authors detailed that “the study coordinators started dosing with 5 mg of study drug or placebo 3 times daily, 4 hours apart, during daylight hours, with the intent to adjust the dose of drug or placebo as tolerated within a range of 2.5 mg twice daily, 4 hours apart, up to 10 mg, 3 times daily, every 4 hours. We strongly suggested that dose ranging be completed within the ﬁrst 2 weeks.”

For adverse events (AEs), they occurred in 29 people in the midodrine group and 25 in the placebo group, specifically:

Finally, they found no meaningful interaction of treatment with relative risk for syncope by patient age, sex, number of syncope episodes in the previous year, or baseline heart rate, although they highlighted that the RR for midodrine versus placebo was 0.53 (95% CI 0.32 to 0.88) in patients with a systolic BP >120 mm Hg and an RR 0.92 (95% CI 0.55 to 1.52) in those with a systolic BP of ≤120 mm Hg. They suggested that the high prevalence of hypertension in older patients will limit midodrine’s use in that population,” and that high BP is a contraindication for the agent.

An additional study limitation was the 1-year follow-up, so the authors “could not assess the long-term adherence and effectiveness of midodrine. Other studies, such as the currently recruiting COMFORTS study, may offer more specific answers.

The study was funded by the Canadian Institutes of Health Research. Placebo was provided by Shire Pharmaceuticals and Apotex.

Sheldon reported no relationships relevant to the contents of this paper to disclose. Co-authors reported relationships with, and/or support from, Lundbeck, Theravance Biopharma, Spire Learning, the Academy for Continued Healthcare Learning, Medscape, Medtronic, Abbott, Novartis, Bayer, and Daichi-Sankyo.

Brignole reported no relationships relevant to the contents of this paper to disclose.