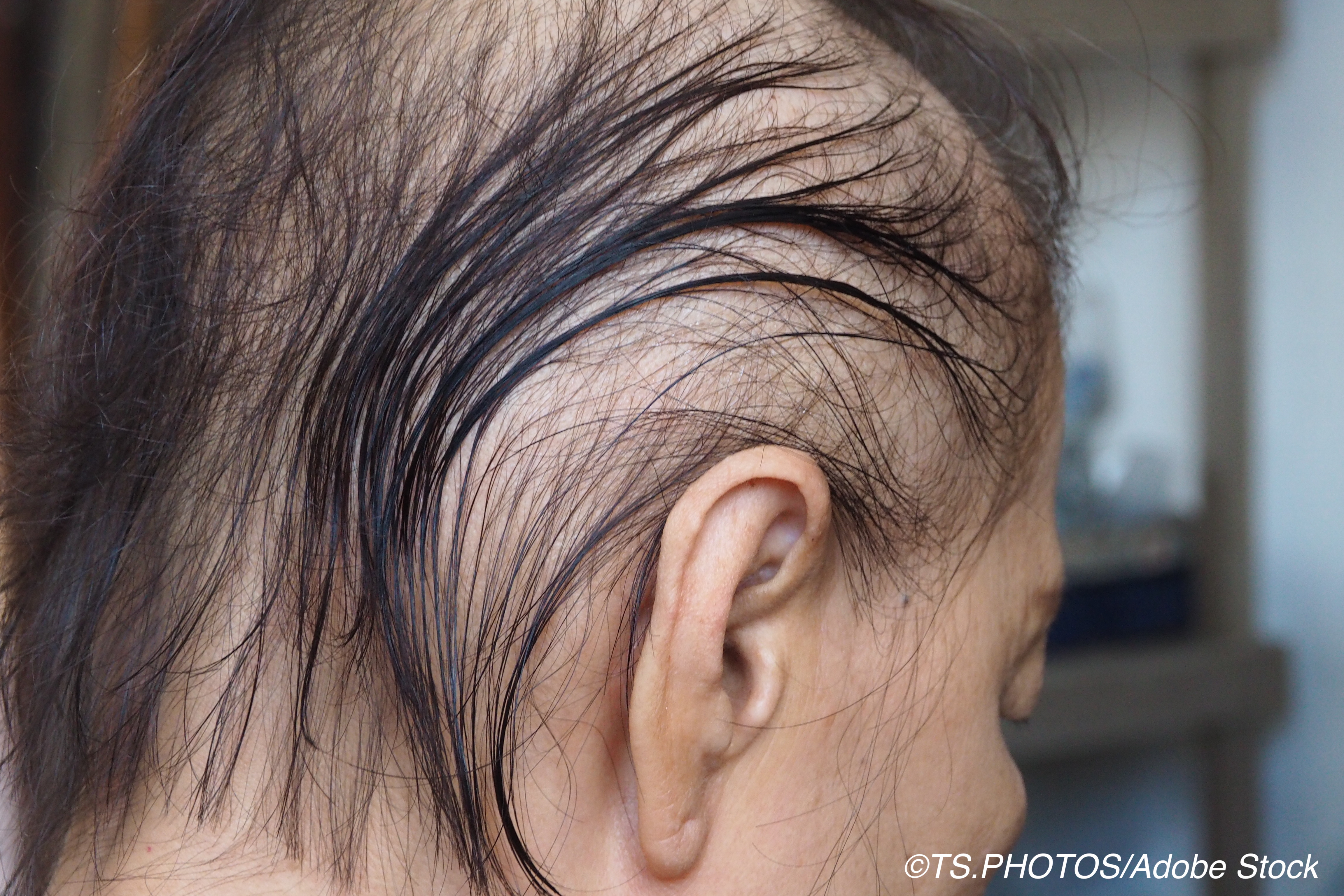 Topical minoxidil appears to be effective for cancer patients with persistent radiation-induced alopecia (pRIA). In a retrospective cohort study, 82% of the participants (28 of 34) shows a subjective response to topical minoxidil, 5%, twice daily, researchers reported.

“These findings suggest that topical minoxidil could have benefit in pRIA and that clinical trials are warranted to determine efficacy and tolerability for pRIA in cancer survivors,” Mario E. Lacouture, MD, Dermatology Service Department of Medicine, Memorial Sloan, Kettering Cancer Center, in New York, and colleagues wrote in JAMA Dermatology. “Our reported response rate is encouraging; however, few survivors (4 [16%]) achieved a complete response in their alopecia to topical minoxidil, 5%, suggesting that effect size may limit the clinical significance of topical minoxidil for treatment of pRIA.” The study authors also noted that spontaneous hair regrowth could not be excluded.

Nonetheless, the study authors also noted that a 3-month course of minoxidil in patients with persistent chemotherapy-induced alopecia was deemed unsuccessful in improving alopecia.

In their study, Lacouture and colleagues also reported three cases of procedural interventions — two hair transplants and one plastic surgical reconstruction. They noted that such procedures have historically not been done in patients who had undergone radiation therapy because of “concerns of increased healing time, wound dehiscence, and infection.”

They noted that “In addition to improved cosmesis, these procedures have the potential for beneficial implications for long-term well-being and social functioning, especially among survivors of childhood cancer.”

In their retrospective study, Lacouture and colleagues looked at a cohort of patients from two large tertiary care hospitals and comprehensive cancer centers. The study cohort included 71 children and adults who had been diagnosed with primary central nervous system tumors or head and neck sarcoma. These patients were evaluated for pRIA.

Patients’ hair loss was measured through trichoscopy images, and quality of life was ascertained from the 48-item Hairdex Questionnaire. The patients who received topical minoxidil, 5%, twice daily had baseline and follow-up images taken. The median age of the participants was 27 (95%CI, 22-37 years [range, 4-75 years]), and more than half were female.

“The most common brain tumors were medulloblastoma (22 [31%]) and glioblastoma multiforme (18 [25%]); rhabdomyosarcoma constituted 5 of 7 head and neck sarcomas (71%),” the study authors wrote, noting that 90% of the patients underwent surgery while 96% received chemotherapy in addition to radiotherapy.

The study authors also assessed alopecia severity and found that:

Of note, the researchers observed that the primary trichoscopic feature was “white patches (16 of 28 [57%]); in 15 patients, hair-shaft caliber negatively correlated with scalp dose (correlation coefficient, −0.624; P = .01). The association between hair density and scalp radiation dose was not statistically significant (−0.381; P = .16).”

There were 53 patients who were prescribed topical minoxidil — of these, 34 participants were evaluable and 28 (82%) had a response.

Lacouture and colleagues concluded that their study shows a dose-dependent phenomenon between radiation treatment and hair loss, and thus minoxidil or surgical interventions may have a place for this patient population. Nonetheless, they did note several limitations to their study, including the study’s retrospective design. They also pointed out that they approximated the scalp dose estimates and did not use scalp tattoos to verify trichoscopy follow-up localization. Negative D-Dimer Can Safely Rule Out DVT as Standalone Test