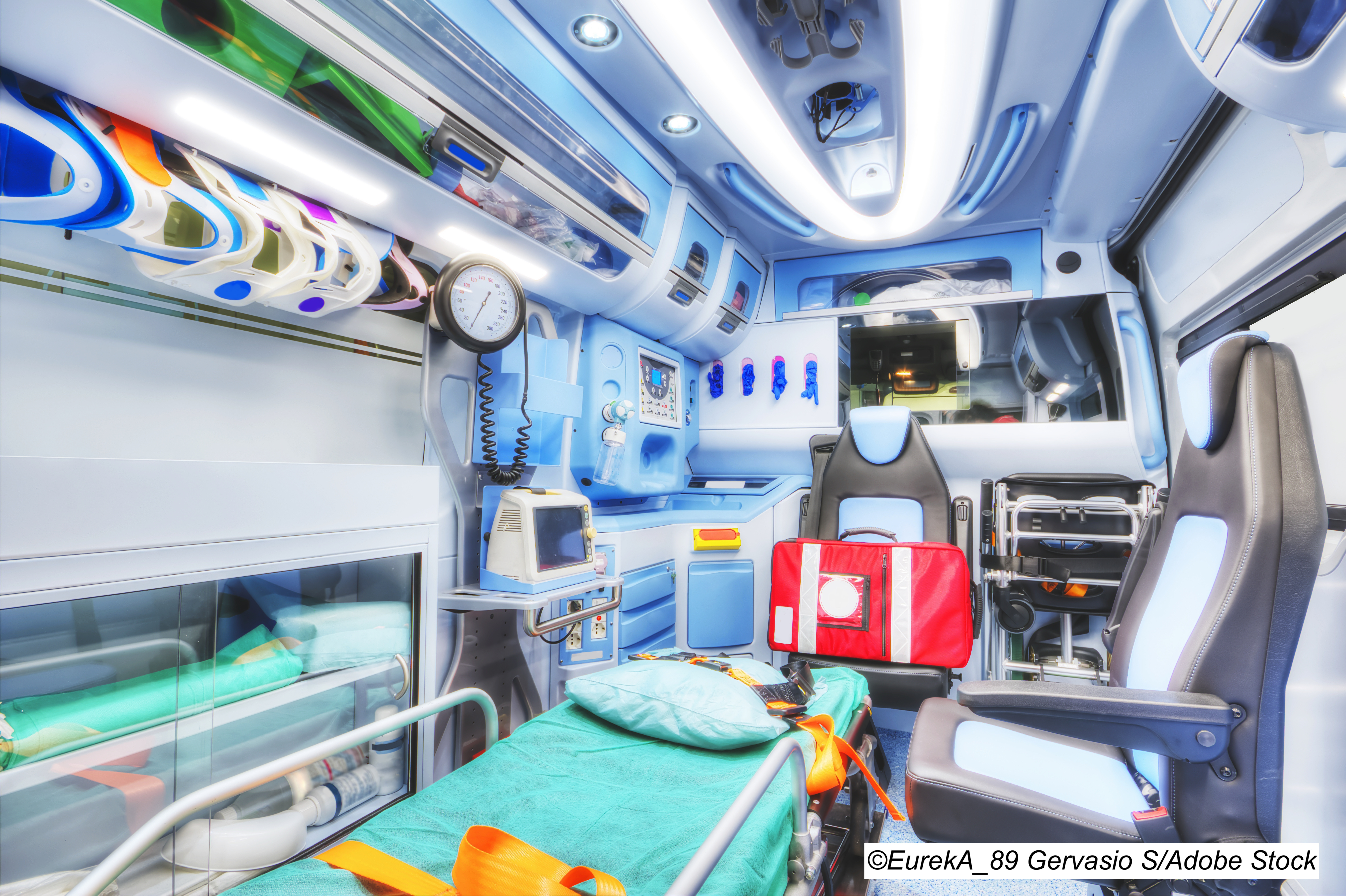 On the primary outcome of minimal or no disability at 90 days, the mean score on the utility-weighted modified Rankin scale was 0.72 in the MSU group and 0.66 in the EMS group (adjusted OR for a score of ≥0.91, 2.43, 95% CI 1.75-3.36, P<0.001) for patients eligible for tPA, reported James Grotta, MD, of Memorial Hermann Hospital-Texas Medical Center in Houston, and co-authors in New England Journal of Medicine.

“The main benefit of MSUs comes from more patients treated in the first hour after symptom onset, which should be the primary goal of any MSU program,” Grotta said in an email to BreakingMED.

“Whether MSUs should be more widely implemented and how they will be reimbursed will depend on the results of an ongoing cost-benefit analysis that should be completed by the end of this year,” Grotta wrote. “We need implementation research to understand how each community can best implement MSUs.”

“To benefit from MSUs, patients and families can’t delay calling 911,” he pointed out. “We need to understand and remove impediments to calling 911 and how to make our 911 responses more accurate and user-friendly.”

In an accompanying editorial, Kennedy Lees, MD, of the University of Glasgow in Scotland, observed that “for communities to consider investing in mobile stroke units, local circumstances must first be modeled to account for case numbers, journey times, available hospital facilities, cost effectiveness, and alternative use of resources.”

“At present, mobile stroke units are distinct from emergency medical vehicles, and both are usually dispatched together,” Lees wrote. “Integration of mobile units into regional emergency response services would be ideal. However, before such investment, every stroke service should be examining whether its existing pathways have been carefully designed and are operating as effectively as possible.”

In the trial, Grotta and colleagues compared outcomes from MSU or EMS management within 4.5 hours after onset of acute stroke symptoms. MSUs all had CT capability and several were CT-angiography equipped. Staff included one or two paramedics, a CT technician, a critical care nurse, and a vascular neurologist, either in person or by telemedicine.

Researchers alternated weeks of EMS versus MSU care for acute stroke calls between August 2014 and August 2020, enrolling 1,515 patients who had stroke care within 4.5 hours of onset. The majority (77.6%) were enrolled in Houston, with others in Colorado, Tennessee, New York, Indiana, and California.

“MSU management did not increase the frequency of or expedite EVT, although the time from arrival at an emergency department to the start of EVT was slightly shorter in the MSU group than in the EMS group,” the researchers noted. “Obtaining CT angiography on the MSU in future trials may further reduce that time.”

“Previous trials have shown that benefit from tPA is greater with treatment within the first ’golden hour’ than at later times, yet an analysis conducted between 2009 and 2013 showed that only 1.3% of patients in U.S. stroke centers received tPA within an hour after stroke onset. A total of 2.6% of the patients in our EMS group, as compared with 32.9% of those in the MSU group, received this treatment,” Grotta and colleagues noted.

“It has been suggested that the pathophysiology of stroke is different in the first minutes after onset, that clots may be easier to lyse, and that brain tissue may have less irreversible injury than at later times after stroke onset,” they added.

Limitations of the study include its nonrandomized design, which introduced the possibility of bias in group assignment. “Randomization of individual patients was not possible because we could not withhold use of the MSU if it was available,” Grotta and co-authors explained.

“Because the researchers restricted their data collection and analysis to patients considered to be eligible for thrombolysis, comprising only 69% of the patients for whom stroke-code calls were made, they cannot provide an assessment of population benefit of mobile stroke units,” the editorialist noted.

This study was funded by the Patient-Centered Outcomes Research Institute.

Lees reported personal fees from Parexel and reported that he chaired the independent DMC for a trial of mobile stroke units in Berlin and being chair of the DMCs of academic trials that are using tenecteplase in acute stroke or thrombectomy in acute stroke.