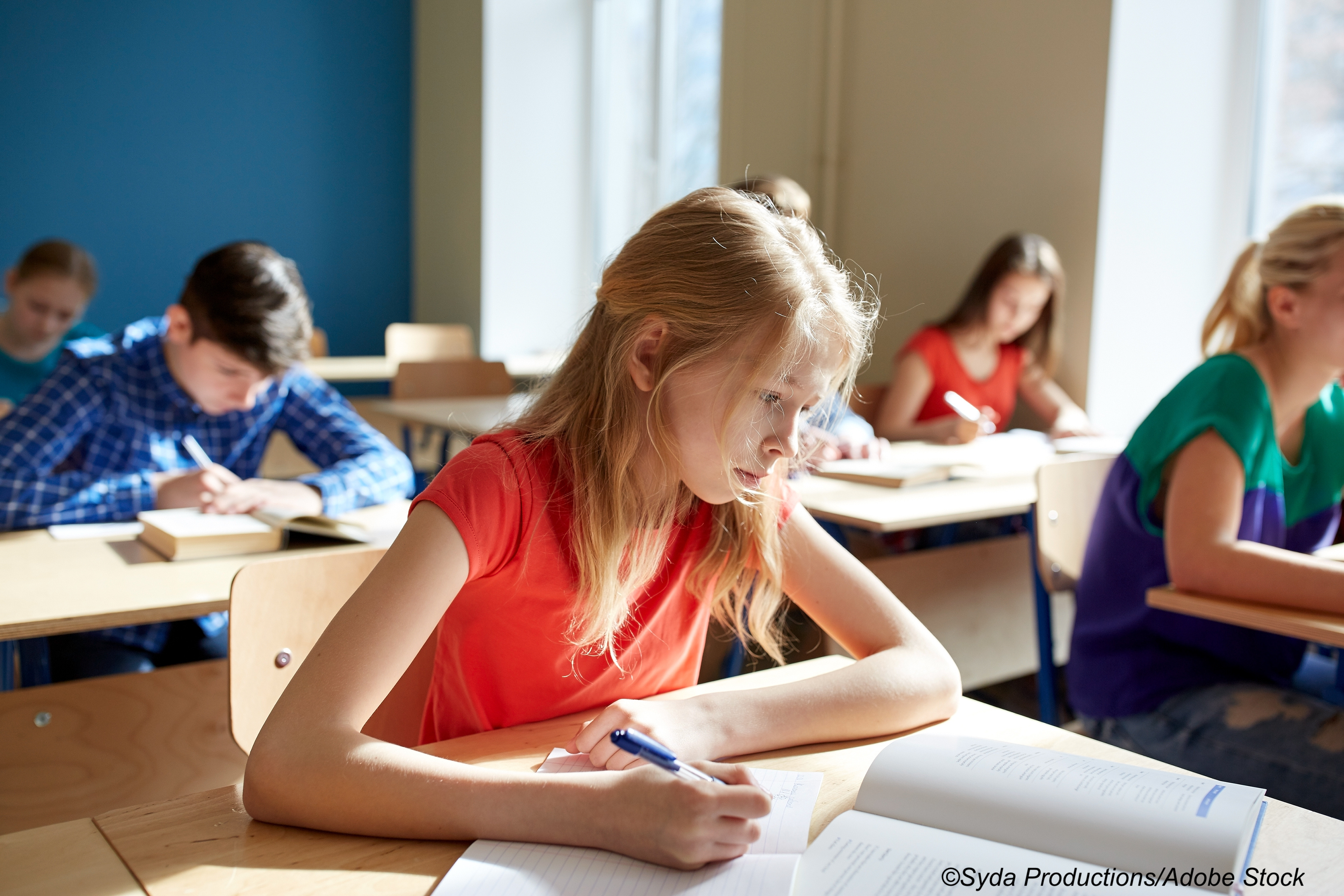 Math scores lower in children exposed to maternal antidepressant use, but differences slight

Math scores were 2 points lower in Danish children whose moms took antidepressants during pregnancy compared with those whose moms did not, according to study results published in JAMA. But, according to researchers, there were no differences in language scores, and the math test score differences were small and “of uncertain clinical importance.”

“Given the serious health implications of psychiatric disorders, particularly around the time of delivery, discontinuation of relevant, well-indicated treatment with antidepressants is not a trivial issue. Thus, it is essential to determine whether antidepressant treatment during pregnancy is safe not only with regard to the risk of congenital malformations, but also with regard to cognitive and neuropsychiatric development,” lead author Jakob Christensen, DrMedSci, PhD, Aarhus University Hospital, Denmark, told BreakingMED in an e-mail correspondence.

“There has long been a concern about whether the use of antidepressants during pregnancy may have an impact on children’s development. However, only few long-term studies have been conducted so far, and knowledge is especially limited regarding the potential influence on the child’s cognitive abilities and how it may affect their academic performance,” Christensen added.

For their population-based retrospective study, Christensen and colleagues included 575,369 children ages 7-17 years old born in Denmark who attended public primary and lower secondary schools. All had completed a language or mathematics test as part of the Danish National Test Program.

“School performance was assessed using scores from standardized tests in language and mathematics completed as part of the Danish National School Test Program. The tests were mandatory for all children attending public primary and lower secondary schools. Language ability was assessed in grades 2, 4, 6, and 8, covering 3 profile areas (language comprehension, decoding, and reading comprehension), and mathematics ability was assessed in grades 3, 6, and 8, also covering 3 profile areas (numbers and algebra, geometry, and statistics and probability). Tests were adaptive and computer-based and were initially scored according to a Rasch model within each profile area and then mapped into a single score ranging from 1 to 100 (higher scores indicated better test results),” they wrote.

Mean age at the time of testing ranged from 8.9 years in grade 2 to 14.9 years in grade 8. A little over half the children were boys, and 1.8% (n=10,198) were born to mothers who had filled an antidepressant prescription during their pregnancy.

Maternal prescription fills for antidepressants were significantly associated with a poorer performance in math scores, with the mean scores for children whose mothers took antidepressants during pregnancy being 52.1, compared with 57.4 in those whose mothers did not (adjusted difference: −2.2; 95% CI: −2.7 to −1.6). Language scores did not differ, however, with scores of 53.4 versus 56.6, respectively (adjusted difference: −0.1; 95% CI: −0.6 to 0.3).

“Our study showed that children of mothers who used antidepressants during pregnancy on average scored 2 points lower in math tests (on a scale of 1-100) compared to children of mothers not using antidepressants during pregnancy. In language tests, we found that the performance of the two groups was similar after accounting for differences in e.g. parental educational level and psychiatric history. Our findings raise concerns about the potential neurodevelopment consequences of being exposed to antidepressants prenatally,” Christensen told BreakingMED.

“The magnitude of the difference in the math test scores was small. Thus, we would like to stress that these findings must be balanced against the known benefits of well-indicated treatment with antidepressants in pregnancy and the importance of providing adequate medical and mental health support to women during this time,” he added.

“The association with mathematics performance was unexpected; yet, the finding was very robust across a wide range of sensitivity analyses. For instance, we examined siblings where the mother used antidepressants in one pregnancy and not the other – and here the pattern is the same. This suggests that the poorer performance we see in math is not due to, for example, genetic or familial factors,” noted Christensen.

“All of the antidepressant medication classes that we studied cross the placenta, and may consequently interfere with fetal brain development. However, at this point, any potential mechanism behind the association remains unclear and cannot be provided from an observational study like ours. Thus, this would be an important target for future research efforts,” concluded Christensen.

“Despite the relatively reassuring findings reported by Christensen et al and others, women and clinicians struggle with decisions about antidepressant treatment in pregnancy. On the one hand, benefits of treating prenatal depression with antidepressants include effective management of severe depressive symptoms and, therefore, prevention of the negative downstream effects of untreated prenatal depression on women and their offspring. On the other hand, women are concerned about the possibility of an association between antidepressant use and potential small absolute risk increases for cardiac malformations, persistent pulmonary hypertension of the newborn, prematurity, and neonatal adaptation syndrome, and some remaining uncertainty about subtle long-term developmental effects.”

Ultimately, they added, clinicians should give careful consideration to clinical guidelines, risks versus benefits, and individual patient baseline characteristics. And, most importantly, more studies are desperately needed.

“To advance the field of perinatal psychopharmacological research, studies that evaluate both the harms and benefits of various treatment choices for the same patients and incorporate patient values regarding these harms and benefits into these analyses should be prioritized. In this way, what matters most to patients and ultimately leads to the most effective decision-making and best outcomes for mothers, children, and families can be determined,” concluded Brown and Vigod.

Limitations of the study include the exclusion of children not attending public schools, inclusion of only hospital-based diagnoses of maternal psychiatric disorders, assumption that adherence to antidepressants was 100%, and limited generalizability of the results to residents of other countries.

The study was funded in part by the Central Denmark Region and the Novo Nordisk Foundation.

Christensen reported receiving personal fees from UCB Nordic and Eisai AB during the conduct of the study.

Vigod reported receiving royalties from UpToDate for authorship of materials on depression, antidepressants, and pregnancy.