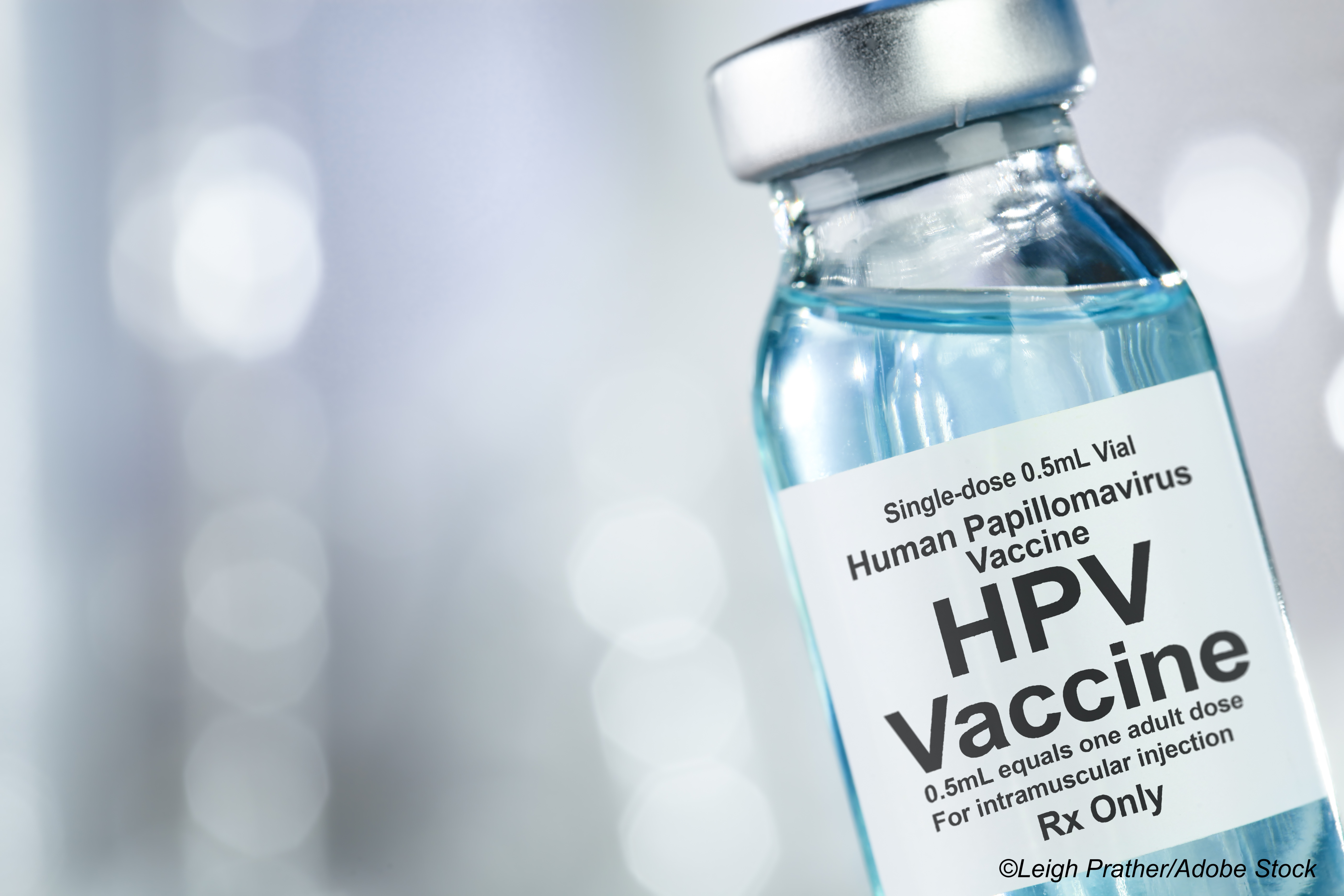 A cervical cancer history was not enough to convince some mothers to get their children vaccinated against human papillomavirus (HPV), researchers reported.

The results held true after the authors adjusted for multiple variables, such as state of residence, birth month, birth year, number of dependents in household, and mother’s education level, they reported in JAMA Network Open.

Jena’s group found that maternal history of cervical cancer was linked with a difference in hazard of first-dose HPV vaccination (HR 0.99, 95% CI 0.86-1.13, P=0.86). Additionally, maternal cervical biopsy was associated with a slightly higher hazard of first-dose vaccination for girls (HR 1.06, 95% CI 1.04-1.09, P<0.001) when compared with girls without a maternal history of cervical cancer or cervical biopsy.

In an invited commentary accompanying the study, Rachel A. Katzenellenbogen, MD, of Indiana University School of Medicine in Indianapolis, pointed out that the maternal cervical cancer and time to HPV vaccination dose for all children demonstrated no salience bias (defined as “the change in perception of risk due to increased familiarity with the outcome,” per the study authors), yet the data for maternal cervical biopsy and time to HPV vaccination dose was not as clear cut.

“Interestingly, there were statistically significant differences for cervical biopsy; in both sets of analyses, boys and girls whose mothers had a history of cervical biopsy were more likely to receive the first and second doses of HPV vaccine than children whose mothers did not,” Katzenellenbogen wrote. “The authors note that although statistically significant, this effect size was relatively small, suggesting limited clinical significance.”

Clinical limitations notwithstanding, the findings can be seen to have social relevance given the rise of the anti-vaccination movement, especially during the Covid-19 pandemic. Recent data on HPV vaccine efficacy have been good, with results from Sweden in >1 million women indicating a near 90% drop in cervical cancer incidence during an 11-year period. Another study from the U.K. reported that the HPV vaccine cut cervical cancer rates by 87% in women who received it between ages 12 and 13. But sound science on the HPV vaccine may be jettisoned by emotions, belief systems, and partisan politics.

So the results from Jena and co-authors are not out of bounds with other data in terms of vaccination avoidance or hesitancy in the U.S. For instance, Saad B. Omer, MBBS, PhD, MPH, of the Yale School of Medicine in New Haven, Connecticut, and co-authors looked at a dozen forms of cognitive bias, such as “information avoidance” (“preference to not to obtain knowledge that is freely available, especially if that knowledge is unwanted or unpleasant”), and how they impacted HPV vaccine hesitancy. They found in their 2020 study that “[a]mong participants whose daughters had not completed the HPV vaccine series, the odds of intending to vaccinate are lower among participants who experience information avoidance.”

Another group used deep learning to analyze social media discussions about HPV vaccine and reported a difference between states in terms of vaccine acceptance. For example, Ohio and Maine showed a relatively high prevalence of perceived barriers and negative attitudes towards HPV vaccination, according to Cui Tao, PhD, of the University of Texas Health Science Center at Houston, and co-authors. Their findings are “important in terms of understanding the epidemiology of vaccine misinformation and disinformation and in targeting geographic areas that need data-informed educational and other programmatic efforts to counter such concerns,” they wrote in JAMA Network Open.

Outside the U.S., acceptance of the HPV vaccine seems to be much better. A 2014 study done in Nepal found that knowledge and awareness of HPV, cervical cancer, and the vaccine were low among women in two villages in that country, but that acceptance of a “freely available HPV vaccine for children was high, indicating potentially high uptake rates in these communities,” the researchers wrote in the Asian Pacific Journal of Cancer Prevention.

A 2017 study out of the United Arab Emirates (UAE) showed once again that knowledge about cervical health was scant, but that there was “a noticeable increase in parent’s willingness to vaccinate their daughters if the government recommends and provides the HPV vaccine,” reported Ahmad Saqer, MD, of the University of Sharjah in Abu-Dhabi, and co-authors.

Several studies done in different regions of Ethiopia showed acceptance rates ranging from 79% to 93%, according to Nebiyu Dereje, MPH, of the Myungsung Medical College in Addis Ababa, and co-authors, but they cautioned that “[h]igher monthly income, good knowledge on HPV and the vaccine, and positive attitude towards the vaccine were associated with acceptance of HPV vaccination…discrepancy in the level of knowledge might reflect the health literacy disparities that could be associated with…socio-economic developments.”

Jena’s group conducted the retrospective cohort study using claims from the MarketScan commercial database. They followed the children, who turned age 11 between January 2014 and December 2018, and their mothers to assess for salience bias in parental decisions for HPV vaccinations.

“Children were followed up for as long as they were continuously enrolled after their 11th birthday; as such, children contributed variable person-time to the analyses,” the authors noted.

The researchers classified the mothers into three groups based on insurance claims: Those with a cervical cancer history; those who had cervical biopsy without a related history; and those with neither a biopsy nor a history (controls).

The final cohort consisted of 757,428 children (49% girls). Less than 1% had mothers with a history of cervical cancer, while 5.1% had mothers who had a biopsy ,but no history. The remaining children (94.8%) made up the controls.

All of the children had a similar HPV second-dose vaccination pattern regardless of maternal cervical history before and after adjustment:

Study limitations included the possibility of residual confounding in the analyzed dataset; the fixed group assignment model of the study that may have introduced bias; and the fact that the analysis was restricted to mothers and children on the same commercial insurance policy, which limits generalizability to other populations.

Katzenellenbogen suggested “leveraging ’narratives’ as a proxy for direct, personal experiences of disease-related outcomes from HPV infections. Narratives could substitute for a personal connection to future disease risk to increase HPV vaccine uptake.”

Katzenellenbogen reported no relationships relevant to the contents of this paper to disclose.