(Reuters Health) – People who eat an egg a day are no more likely to have heart attacks or strokes than those who steer clear of eggs, a large study suggests.

“Moderate egg consumption up to one egg per day is not associated with cardiovascular disease risk overall,” said study leader Jean-Philippe Drouin-Chartier of Laval University in Quebec City, Canada, and the Harvard TH Chan School of Public Health in Boston.

Although eggs can be part of a healthy diet, they’re not necessary to it, Drouin-Chartier noted by email.

“A range of other foods … can be included in a healthy breakfast, such as whole grain toasts, plain yogurt and fruits,” Drouin-Chartier said. “People should include these foods in their breakfast instead of red and processed meat, or bacon.”

Eggs are a primary source of dietary cholesterol, but they also contain high-quality lean protein and many vitamins. Studies investigating the link between eggs and heart disease have offered mixed results, with some pointing to a protective effect and others suggesting high cholesterol intake – whether from eggs or other foods – does increase heart disease risk.

To explore this question, researchers looked at associations between eggs and heart disease diagnoses, strokes and heart attacks, in three large surveys that repeatedly asked participants about their eating habits during up to 32 years.

During follow-up, 14,806 people were diagnosed with cardiovascular diseases, including 9,010 cases of coronary heart disease and 5,903 cases of stroke.

Most people ate one to five eggs per week. Those with higher egg intake tended to weigh more and eat more red meat.

Once researchers accounted for things like age, eating habits and exercise, egg consumption didn’t appear to be connected to risk of cardiovascular disease.

However, researchers estimated, people who replaced one egg a day with one serving of red meat would be 15% more likely to have events like heart attacks and strokes. Replacing an egg with unprocessed meat was associated with a 10% higher risk of heart disease, and swapping an egg for a serving of full-fat milk was tied to an 11% greater risk.

The study wasn’t designed to prove whether eggs cause or prevent heart disease.

The authors also caution that the health professionals in the surveys were mostly affluent and educated, and it’s possible their eating habits and health outcomes don’t reflect what would happen for other individuals.

How eggs are prepared might make a difference as well, and the study didn’t examine that question.

The American Heart Association recommends keeping consumption to one egg a day, or two egg whites. But the AHA also advises people to scramble eggs, not fry them, to avoid adding unhealthy fats.

“What fundamentally matters most is the overall dietary pattern,” said Andrew Odegaard, author of an editorial accompanying the study and a researcher at the University of California, Irvine.

“If people are looking for an evidence-based approach to inform the way they eat for heart health, there is substantial evidence across different study designs that supports adopting a DASH-like or Mediterranean-like dietary pattern,” Odegaard said by email. 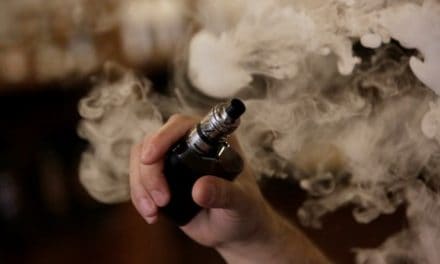