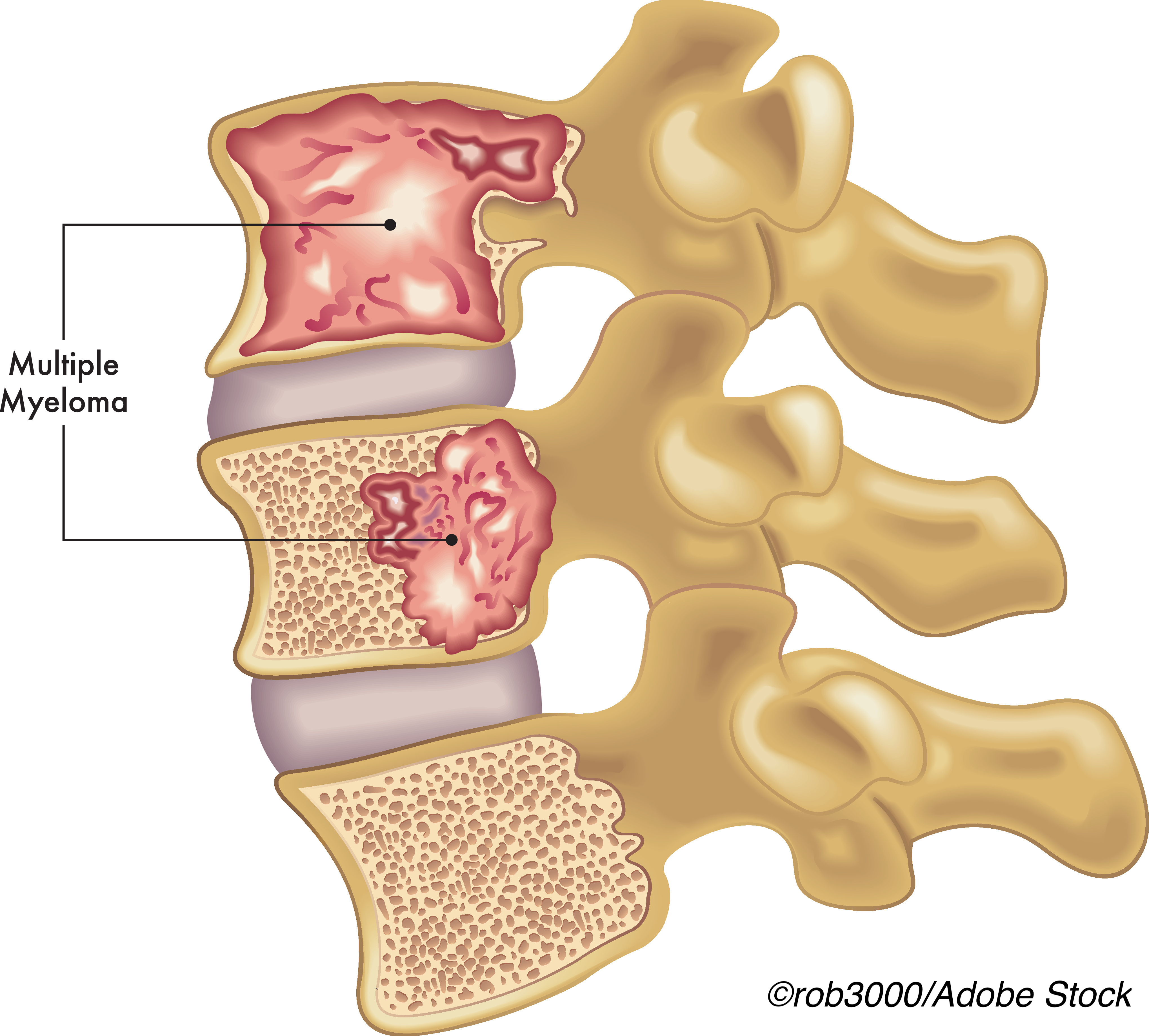 This article, originally published April 15, 2021, is part of BreakingMED’s year-end review. It looks at a multiple myeloma study that shows the benefit of adding dexamethasone to anti-CD38 agents. Click here to view the original article and obtain CME/CE credit.

Adding dexamethasone to isatuximab increased overall response rate from 23.9% with isatuximab monotherapy to 43.6% for the combination in a small phase II trial of patients with relapsed/refractory multiple myeloma (RRMM) conducted by researchers from the University of Athens. The combination did not, however, increase overall survival compared with monotherapy, and no patient achieved a complete response.

The researchers enrolled RRMM patients who had undergone a medium of four previous lines of treatment with either immunomodulatory drugs or protease inhibitors, as monotherapy or in some combination. They randomized 109 to isatuximab monotherapy and 55 to the combination regimen.

By protocol, patients “received isatuximab either as monotherapy (20 mg/kg on days 1, 8, 15, and 22 [once weekly] of cycle 1 followed by 20 mg/kg on days 1 and 15 of subsequent cycles; Isa group) or in combination with dexamethasone (40 mg/d [20 mg/d in patients age ≥75 years] once weekly; Isa-dex group),” wrote Meletios Dimopoulos, MD, of the National and Kapodistrian University of Athens, Greece, and colleagues in Blood.

In a commentary published with the study results, María-Victoria Mateos, MD, PhD, and Verónica González-Calle, MD, PhD, of the University of Salamanca in Salamanca, Spain, pointed out that the findings are similar findings from a 2014 single-arm study from the Intergroupe Francophone du Myeloma.

So, what can be gleaned from this study?

“From the scientific point of view, this study supports that anti-CD38 monoclonal antibodies can be combined with dexamethasone. The lack of deleterious effect on the T cells and NK cells was confirmed in ancillary studies. However, it is also important to note that (i) this was not a phase 3 randomized trial powered to detect a difference between the 2 arms; (ii) there was no difference in overall survival between the arms; (iii) although safety profile seems to be comparable, the addition of dexamethasone resulted in more psychiatric and gastrointestinal adverse events with no reduction in the incidence of infusion-related reactions; and (iv) the quality of life of the patients has not been evaluated, and it is well known how some patients do not tolerate dexamethasone,” wrote Mateos and González-Calle.

The median time to first response was about one month in both arms.

“More than 91% of patients had ≥1 treatment-emergent [adverse event] AE (TEAE). Any-grade TEAEs and grade 3 or higher TEAEs occurring in ≥5% of all patients… Grade 3 or higher TEAEs considered to be possibly drug-related occurred in 13.8% and 18.2% of patients in the Isa and Isa-dex arms, respectively. [Immune-related] IRs)] and hematologic abnormalities were the most common TEAEs. IRs were reported in 44 (40.4%) of 109 patients and 22 (40.0%) of 55 patients in the Isa and Isa-dex arms, respectively. Most reactions were grade 1 or 2… The addition of dexamethasone increased the incidence of any grade TEAEs in the System Organ Class psychiatric disorders (from 11.9% to 30.9%, driven by insomnia [Isa, 1.8%; Isa-dex, 25.5%]), and the System Organ Class gastrointestinal disorders. The gastrointestinal TEAEs most frequently reported in the Isa-dex arm were diarrhea (11 patients [20.0%], nausea (8 patients [14.5%]), and dyspepsia (4 patients [7.3%]),” they wrote.

In acknowledging the failure of any patient to achieve a complete response, Dimopoulos et al pointed out that five patients in the combination therapy group and two in the monotherapy group did achieve “100% reduction in M protein,” and they hypothesized that “interference of therapeutic antibodies with immunofixation and serum protein electrophoresis assays used in response assessments may therefore lead to underestimation of CR and VGPR.”

Finally, the commentary writers concluded that most clinically relevant take-home message is this: due to the demonstrated synergistic effect of the dexamethasone-isatuximab combo, moving forward, “all isatuximab-based combinations should include dexamethasone, as is the case already for pomalidomide or carfilzomib.”

The study was funded by Sanofi Genzyme.

González-Calle declared no conflicts of interest.