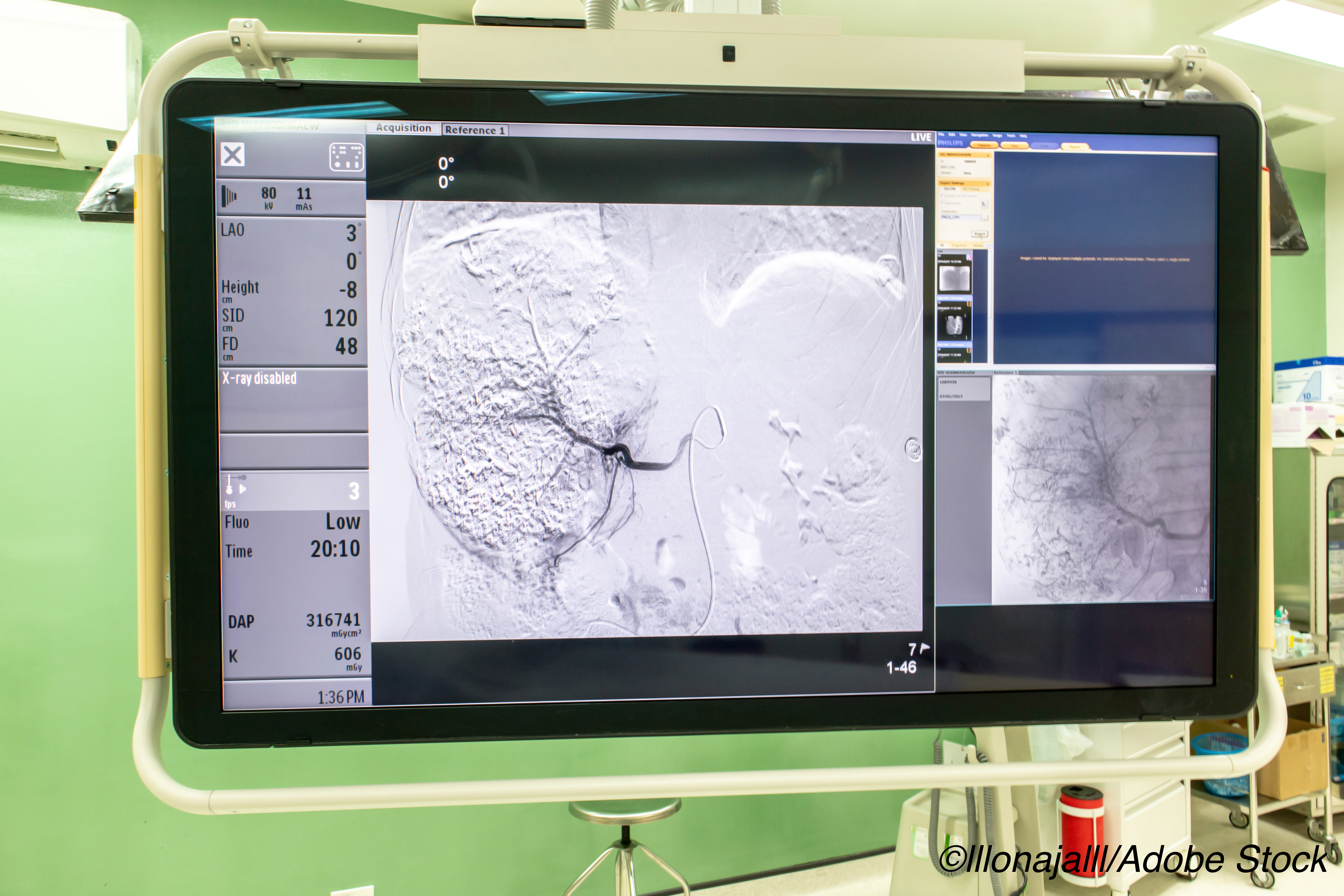 “This cohort study found that multivessel PCI was increasingly used as the revascularization strategy in AMI and shock and that hospitals that used multivessel PCI more, especially among patients with STEMI, had worse outcomes,” reported Rohan Khera, MD, MS, of Yale University, and coauthors, in JAMA Internal Medicine.

“There appears to be an urgent need to change practice and improve outcomes in this high-risk population,” they stated.

Across 64,301 patients with multivessel coronary artery disease (CAD), multivessel PCI was associated with:

Significant hospital variation was found in the use of multivessel PCI, and patients at hospitals with high rates of PCI in STEMI had higher risk-adjusted in-hospital mortality (highest vs lowest hospital multivessel PCI quartile: OR 1.10, 95% CI 1.02-1.19).

During the 2009-2018 study, use of multivessel PCI in patients with AMI and cardiogenic shock increased by 55% in STEMI and 53% in AMI overall, Khera and colleagues reported.

That interval also saw the 2017 publication of results from CULPRIT-SHOCK, a randomized controlled trial comparing PCI of the culprit lesion with multivessel PCI, which found that 30-day risk of a composite of death or severe renal failure requiring renal-replacement therapy was lower in the culprit-lesion only group.

In an accompanying editorial, Colette DeJong, MD, and Rita Redberg, MD, both of the University of California, San Francisco wrote, “Khera and colleagues present the results of a large observational study that reinforces the findings of CULPRIT-SHOCK in a real world setting.”

“This is a time to be reminded that interventions that are conceptually sound and delivered with the best of intentions do not always stand up to empirical testing and may carry unintended harms,” DeJong and Redberg continued. “We must be guided by randomized controlled trials, especially when buttressed by consistent observational data.”

“Despite our good intentions, it is clear that primary nonculprit PCI for patients with acute MI in cardiogenic shock does not benefit and can harm, and the practice should be abandoned for patient safety,” they added.

Although multivessel PCI adds procedural time, it might plausibly improve immediate and perhaps later outcomes but worse outcomes are also plausible, “considering there are risks associated with additional instrumentation, anesthesia, and contrast load in patients who are clinically unstable, in addition to the patients’ low likelihood of benefit from nonculprit PCI,” the editorialists observed.

Over the last decade, accumulating data has led to changed guideline recommendations in AMI populations with and without associated cardiogenic shock. “Among patients in shock—in whom the urgency to do more had always been greatest—evidence consistently indicated that primary nonculprit PCI was associated with harm, including increased mortality,” the editorialists observed.

“CULPRIT-SHOCK provided compelling evidence that, in patients and cardiogenic shock and AMI, immediate PCI should be limited to the culprit lesion,” the editorialists wrote.

In their study, Khera and colleagues looked at data from 64,301 patients, all with multivessel CAD, in the U.S. National Cardiovascular Data Registry’s CathPCI Registry who had AMI and shock between July 2009 and March 2018.

Mean age was 66.4; about 32% of participants were female and 85% were white. Overall, about 35% had primary multivessel PCI. A subset of Medicare patients with longer-term outcomes data (median 4.6 years) was used for 1-year mortality outcome.

The complex association among evidence, guidelines, and practice “may be especially complex in the U.S., where, in the absence of a national health care program with strict clinical guidelines, we rely more heavily on individual practitioners to interpret evidence, and there may be greater variation in practice patterns,” DeJong and Redberg noted.

Changing views on nonculprit stenting reflects maturation of evidence, they suggested. “Although the cost of RCTs may be a deterrent, the potential costs of unproven interventions—to both health care systems and patients — are greater,” the editorialists concluded.

The study was funded by the American College of Cardiology under its Research to Practice Initiative.

Khera was supported by a grant from the National Center for Advancing Translational Sciences of the National Institutes of Health.

DeJong reported being deposed as a legal expert witness in 2018 in a case pertaining to drug and device marketing to physicians and that her partner is employed by iRhythm Technologies. No other disclosures were reported.