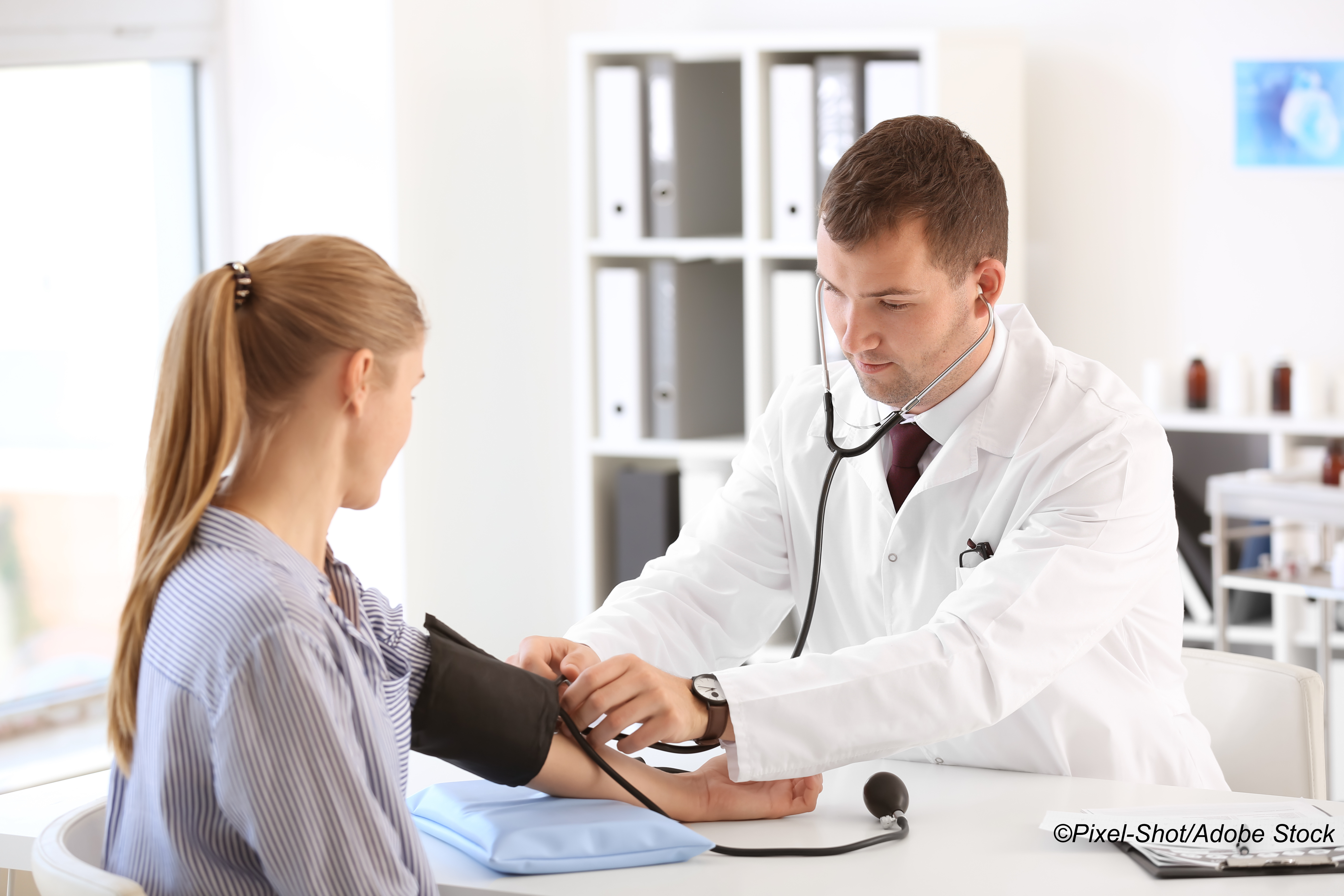 Clinicians may be best served in individualizing systolic and diastolic blood pressure targets according to the cardiovascular event each patient is most at risk for, according to a recent analysis of results from the Antihypertensive and Lipid-Lowering Treatment to Prevent Heart Attack Trial (ALLHAT) published in the Journal of the American College of Cardiology.

Researchers found that different blood pressure targets were associated with different risks for all-cause mortality, myocardial infarction (MI), congestive heart failure (CHF), and stroke, as well as for the composite of these.

“Current U.S. guidelines target BP <130/80 mm Hg in nearly all patient populations. This recommendation is based largely on studies that evaluate SBP and DBP independently,” wrote Nathan K. Itoga, MD, of Stanford University School of Medicine, and fellow researchers. In this analysis, however, they found varying risks for both the composite and individual outcomes.

“The lowest-risk BP targets for the primary composite outcome and all-cause death followed a U-shaped pattern. For MI and CHF, the areas of lowest risk shifted downward and to the right representing lower risk at lower SBP but higher DBP compared with the primary composite outcome. For stroke, a linear association of SBP and DBP was observed,” observed Itoga and colleagues.

The aim of this latest ALLHAT analysis was to assess the possible associations between SBP and DBP and the risk of a primary composite outcome of all-cause mortality, MI, CHF, or stroke, as well as to determine any associations with each of these outcomes individually.

In all, 24.4% of patients experienced at least one CV event, and there were 2,636 MIs, 866 CHF events, 936 strokes, and 3,700 deaths over a median follow-up of 4.4 years. With data from these patients, Itoga et al constructed “heat maps” of risk patterns based on modelling that simultaneously assessed SBP and DBP. What they found were varying patterns of risk depending on the outcome assessed.

For MI, however, the lowest risk levels were “near 120/80, as even BP 125/75 mm Hg was associated with a significantly higher risk of the outcome (csHR: 1.07; CI: 1.03-1.06). In contrast, the association of BP and stroke was linear, with higher associated csHR with higher levels of SBP and DBP,” they added.

Upon stratified analysis in patients younger than 65 years, the lowest levels of risk for the primary composite outcome were at lower SBP levels compared with patients 65 years or older, but similar DBP levels (122/82 versus 133/78, respectively). Similar results were seen in stratified analyses according to gender and diabetes status.

“The most provocative sentence in the thorough analysis of the ALLHAT (Antihypertensive and Lipid-Lowering Treatment to Prevent Heart Attack Trial) data by Itoga et al in this issue of the Journal is, ’In contrast, the association of SBP and stroke was linear.’ In other words, in the 33,357-patient ALLHAT study, there was no J-curve between stroke risk and systolic or diastolic blood pressure (BP), the association remained linear down to a BP level of 110/55 mm Hg. For stroke prevention, therefore, the old BP adage ’the lower the better’ holds true. This is a pivotal take home message for practicing cardiologists—were it not risky for the heart, the brain would prefer an optimally cerebroprotective systolic BP of 110-120 mm Hg.”

“Admittedly, this may sound complex, but it boils down to a rather common clinical question as to the optimal BP target in a 76-year-old stable CAD patient who recently had a transient ischemic attack and now presents with a BP of 148/68 mm Hg. To confer optimal cerebroprotection according to Itoga et al, systolic BP should now be lowered by 28 mm Hg to below 120 mm Hg. However, because of stable CAD, Itoga et al will also advise us that the patient’s diastolic should remain in the 80-mm Hg range, i.e., to be increased by 16 mm Hg. Obviously, a difficult endeavor, even for the most skillful clinician!” they noted.

But in conclusion, Messerli and colleagues wrote: “The BP management of stable CAD patients with cerebrovascular disease remains challenging and needs careful shared decision-making. Questions remain as to if we should continue with medical therapy aimed at lowering BP, or should we consider further options for increasing diastolic pressure leeway, to the point of prophylactic coronary artery revascularization.”

Limitations of the study include the observational nature of the analysis, the inclusion of only patients with elevated risks for cardiovascular events, the nonstandardized nature of the smoothing technique researchers used to produce heat maps, the failure to adjust for variables that vary according to time, such as changes in comorbidities, and the unknown applicability of these results to other studies with fewer follow-up BP measurements.