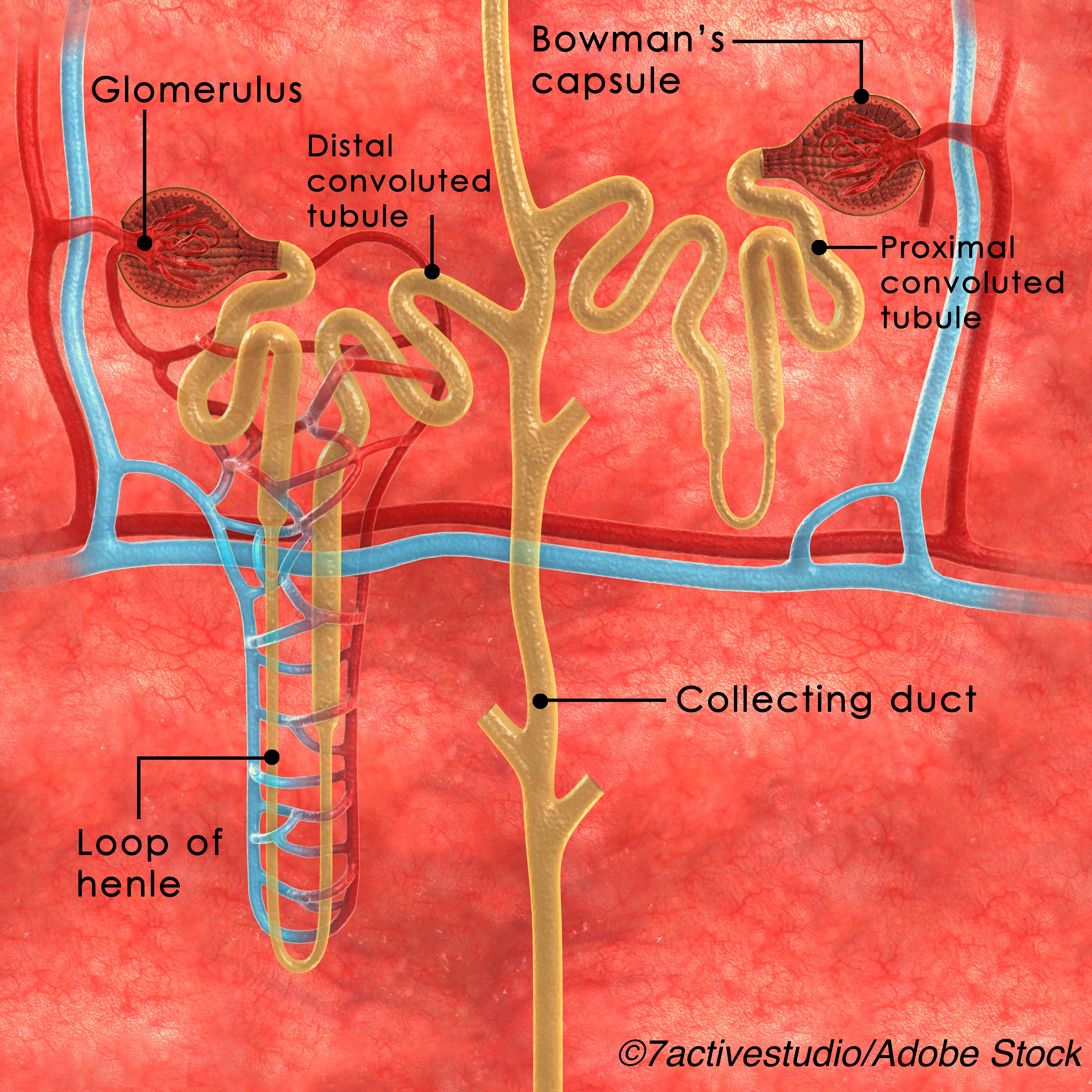 But equation calculated in a population of only white patients

The European Kidney Function Consortium (EKFC) equation was unbiased across all age groups (2 to 90 years) of people with various levels of renal function, with median bias near zero, according to Hanz Pottel, PhD, of the Katholieke Universiteit Leuven Kortrijk in Kortrijk, Belgium, and co-authors.

Also, the P30 accuracy, or the percentage of estimated GFR within 30% of measured GFR, was about 80% in children (ages 2 to 18 years) and ranged from 85% to 90% in adults, they stated in the Annals of Internal Medicine.

GFR guidelines currently utilize the CKiD equation in children and the CKD-EPI equation in adults, both in chronic kidney disease (CKD), to estimate GFR from SCr levels. Adolescence presents challenges to equation outcomes, with recommendations advising utilizing both equations and averaging the results, the authors noted.

“The difference in P30 values in the external validation data set indicates that the EKFC equation has about 6.5 fewer estimation errors exceeding 30% per 100 children and 3.1 fewer per 100 adults than the CKiD and CKD-EPI equations, respectively,” they said. “The main clinical advantage of the EKFC equation is that normal kidney function, reflected by SCr levels close to the median value for health, lead to an estimated GFR that approximates measured GFR (zero bias),”

The EKFC tool features a design based on the CKD-EPI equations, which were developed using seven studies (n=11,251 participants), and then validated using six other studies (n=8,378). Only complete data sets with no missing data for measured GFR, SCr, age, sex or height were used in the analysis, they explained.

However, the current study was conducted only in a white population, so the results may not be valid for Blacks or other ethnicities, Pottel’s group cautioned. In an editorial accompanying the study, Andrew S. Levy, MD, of Tufts Medical Center in Boston, and co-authors highlighted the lack of data in Black patients.

In their own research, Levy’s group compared the performance of the EKFC and CKD-EPI equations in an external validation population of Black and non-Black adults.

“Among Black people, the EKFC equation had a larger bias (underestimate of measured GFR) whereas the CKD-EPI equation was unbiased; P30 was similar for both equations,” they reported.

“We conclude that the EKFC equation and variations of the LMR [Lund-Malmo revised] and CKD-EPI equations represent a conceptual advance over the FAS [full age-spectrum] equations, but the claim of equivalent or superior performance compared with the CKD-EPI equation is not conclusive,” they wrote.

Regardless, Levy’s group did praise the study for having “a large study population with a wide range of ages and measured GFRs, standardized assays for SCr and acceptable methods for measured GFR, and rigorous statistical evaluation.”

Overall age ranges, the researchers determined EKFC performance was better than the CKiD equation in children and the CKD-EPI equation in both young (18 to 39 years) and older (ages >65 years) adults, but not in adults, ages 40 to 65 years.

In addition, they found no difference in bias or P30 accuracy across the entire age range between males and females.

The authors acknowledged that, as with other tools the EKFC equation will overestimate GFR in people with reduced muscle mass due to anorexia, paralysis, or malnourishment, and thus erroneously indicate hyperfiltration.

Other study limitations included the fact that measured GFRs were much higher in their pediatric validation cohorts than in the cohorts used to develop the CKiD equation. Lastly, the effect of either proteinuria or hypoalbuminemia on EKFC accuracy could not be ascertained, as the data were not available.

The study was funded by the Swedish Research Council (Vetenskapsrådet).