No Benefit for Afib, Delirium with Perioperative Dexmedetomidine 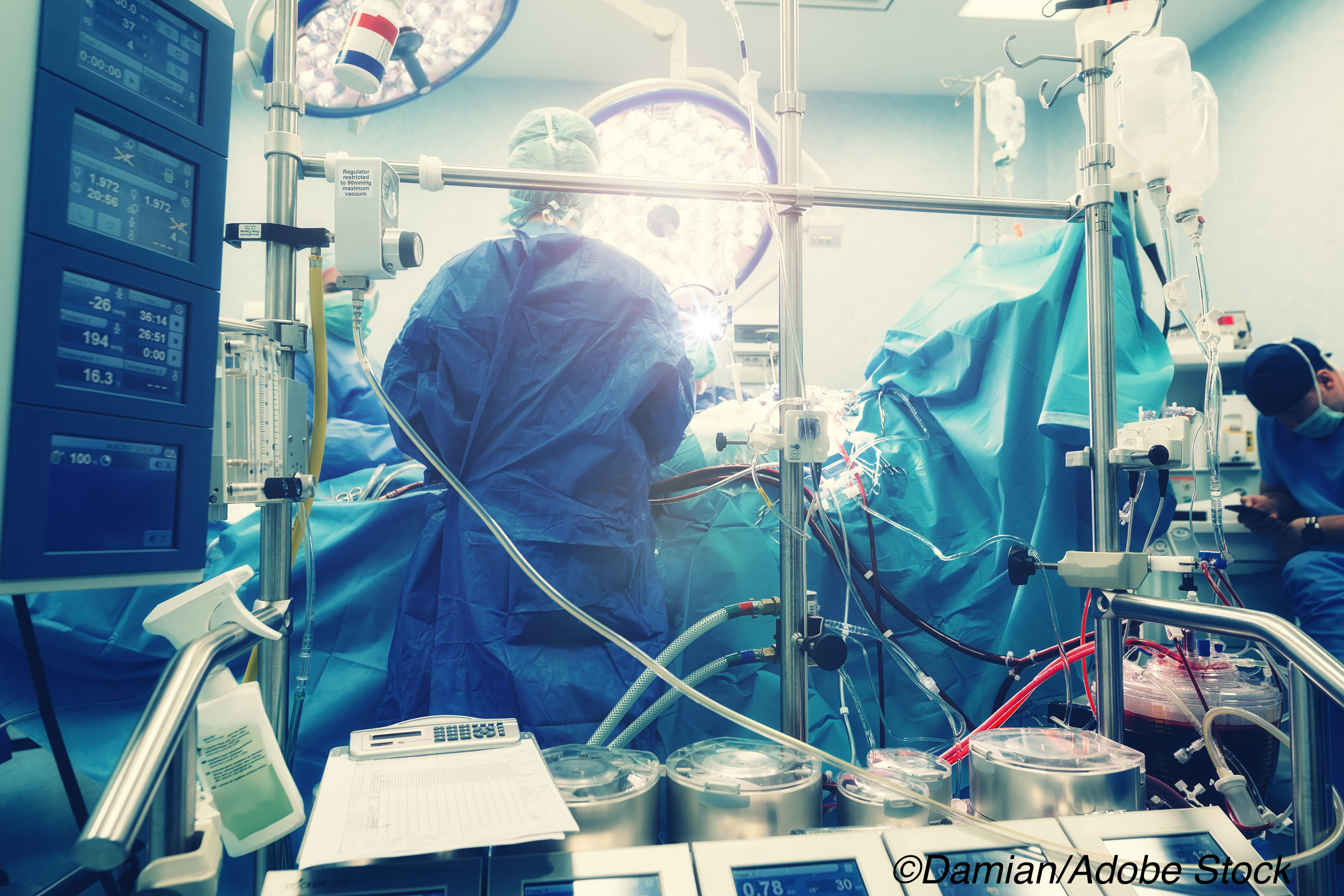 Hypotension seen in majority with delirium

“Dexmedetomidine infusion, initiated at anesthetic induction and continued for 24 h, did not decrease postoperative atrial arrhythmias or delirium in patients recovering from cardiac surgery,” Turan and colleagues wrote in Lancet.

“Furthermore, dexmedetomidine non-significantly worsened delirium, possibly by provoking hypotension,” they added. “Dexmedetomidine should be used cautiously in cardiac surgical patients because it provokes hypotension, and should not be given in the expectation that the drug will reduce atrial fibrillation or delirium.”

In an accompanying editorial, Federico Bilotta, PhD, and Francesco Pugliese, PhD, both of the University of Rome in Italy wrote, “Prevention of these complications, as suggested by the DECADE trial, cannot be achieved with a single so-called magic bullet drug; rather, it requires multidisciplinary teamwork throughout various phases of the perioperative setting.”

Identifying effective therapies and modifiable factors for new onset postoperative atrial fibrillation and delirium are important goals with limited treatment options thus far. Several studies have tested the pharmacological prevention of postoperative atrial fibrillation with risk-adjusted incidence of about 33% remaining about the same in a study of patients between 2002 and 2010. Medications to prevent postoperative delirium have also shown limited beneficial effects.

Dexmedetomidine is a selective α2-adrenergic receptor agonist with multiple effects not limited to sedation (locus ceruleus) and analgesia (spinal cord), as well as decreased heart rate (vagomimetic effect) and modulation of vascular tone. It was approved for use as a sedative and analgesic in 1999.

Dexmedetomidine in the setting of postoperative atrial fibrillation was explored previously in a meta-analysis that reported no benefit, although an observational study did suggest benefit in Afib. A prior study also showed a beneficial effect on delirium in patients older than 65 years who had non-cardiac surgery, leading to the more definitive DECADE trial.

Median ICU stay was also greater in those receiving dexmedetomidine compared to placebo (51 and 47 hours, respectively), and dexmedetomidine did not significantly change kidney function or 90-day incisional pain.

“Treatment effects were consistent across subgroups of age, sex, and surgery type,” the researchers noted.

Several factors can account for the negative results of the DECADE study, Bilotta and Pugliese suggested, including different patient ages, different dexmedetomidine infusion rates, a higher frequency of intraoperative arterial hypotension in those receiving dexmedetomidine, and perioperative factors such as surgical stress and general anesthesia.

“Differences in depth of anesthesia and perioperative management of ventilation and hemodynamic variables, including fluid therapy, can turn into differences in the postoperative outcome, including cognitive function,” the editorialists wrote.

“Postoperative atrial fibrillation and postoperative delirium, which bring together structural, process, and outcome factors, might possibly be considered as next-generation quality indicators of perioperative and anesthesia care,” they added.

“We used a relatively low dose of the dexmedetomidine,” the researchers wrote. “But even the dose we used provoked considerable hypotension, suggesting that higher doses would be inadvisable — and might well worsen both delirium and renal injury.”

The study was funded by an investigator-initiated research grant from Hospira Pharmaceuticals.

The researchers declared no competing interests.

Bilotta was compensated for expenses related to conference travel and accommodation for the meeting, Uso de la dexmedetomidine en neuroanestesia y en el paciente neurocritico, in Madrid, in 2018, organized by the Spanish Society of Anesthesia (SEDAR) and funded by Orion Pharma. Pugliese declared no competing interests.