No Change in 6-Month Disability with Post-Stroke Fluoxetine 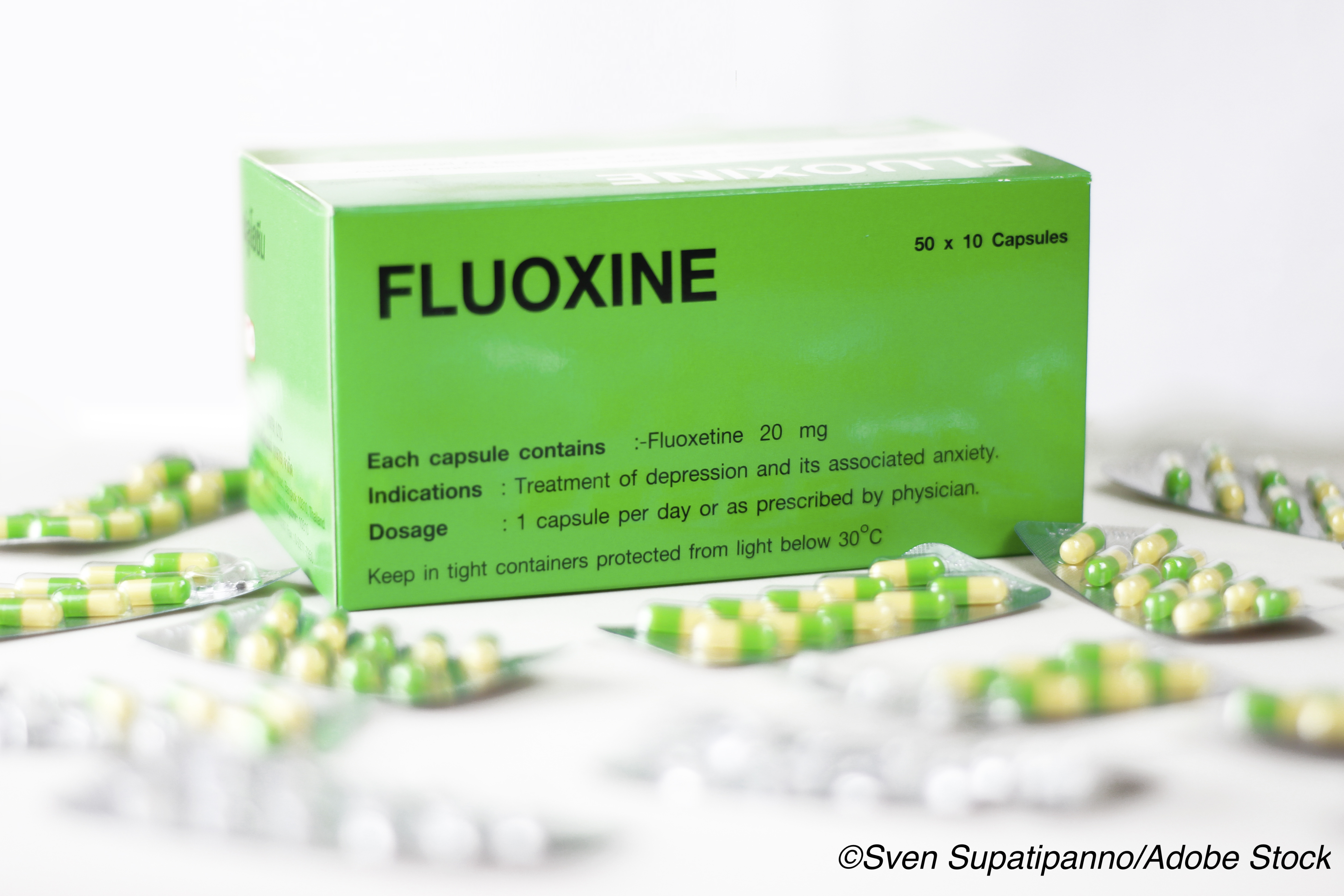 Fluoxetine did not affect modified Rankin scale scores (mRS) at 6 months after stroke, two randomized controlled phase III trials found, though study designs may not have adequately accounted for the mechanism of potential benefit.

The AFFINITY (n=1,280) and EFFECTS (n=1,500) trials studied the effect of 20 mg of oral fluoxetine daily starting 2–15 days after stroke on disability at 6 months and were published simultaneously in Lancet Neurology. AFFINITY was conducted in Australia, New Zealand, and Vietnam and EFFECTS in Sweden.

Data from AFFINITY and EFFECTS follow the similar FOCUS (n=3,127) randomized controlled trial conducted in the U.K. that was published in 2019. In FOCUS, 1,564 participants receiving fluoxetine and 1563 receiving placebo had similar 6-month mRS disability distributions. Those receiving fluoxetine were less likely to develop depression by 6 months and showed no significant differences in any other recorded events or health-related quality of life, hospital bed usage, or health-care costs at 6 or 12 months.

Though depression was reduced in the fluoxetine group in all three trials, adverse events included falls, fractures, seizures, diabetes, and hyponatremia.

AFFINITY researcher Graeme Hankey, MD, of the University of Western Australia in Perth, and co-authors noted that “SSRIs should not be prescribed routinely to improve functional outcome after stroke because they are ineffective and increase serious adverse events. A pooled analysis of individual patient data from randomized controlled trials of SSRIs for stroke recovery is needed to examine the effects of SSRIs in specific patient subgroups, such as those with hemiparesis, severe stroke, and cognitive impairment; and on specific outcomes, such as the modified Rankin Scale, motor domains of the Stroke Impact Scale, falls, fractures, and epileptic seizures. Until these results are available, further trials of fluoxetine for stroke recovery are not recommended.”

EFFECTS trial researcher Erik Lundstrom MD, of the Uppsala University in Sweden, and collaborators sounded a similar note, saying that “we cannot rule out a benefit of fluoxetine in patients with more severe strokes. A further update of the Cochrane review of SSRI for stroke recovery, and a preplanned individual patient data meta-analysis of FOCUS, EFFECTS, and AFFINITY might identify a more modest effect in subgroups of patients. Until these results are known, we would not recommend further trials of fluoxetine for stroke recovery.”

The potential for fluoxetine to increase activity-dependent plasticity in injured brains has been studied in human and animals, with the 2011 FLAME trial showing Fugl-Meyer motor scale improvements at 3 months in data from 113 patients randomized to fluoxetine 20 mg or placebo. A secondary outcome in FLAME was mRS, which also showed greater improvement in the fluoxetine group than in the placebo group.

“FLAME put fluoxetine in the spotlight as a recovery drug, but the study was a small trial (N=118) and did not generate robust evidence to change practice,” the editorialists noted.

“It has always been understood that drugs help only when combined with appropriate environmental experience,” they continued. “This crucial difference between drugs as enhancers of physical or behavioral training effects and drugs as restorative agents was not appreciated in the design of the FOCUS, AFFINITY, and EFFECTS trials. In these trials, there was no attempt to influence or even measure the physical or behavioral training that is so important for stroke recovery.”

“It has been suggested that the identical outcomes used in the FOCUS, AFFINITY, and EFFECTS trials will allow for a combined secondary analysis to look for interactions with the amount of exercise therapy provided at an individual patient level,” they added. “However, the dose of usual care rehabilitation is likely to be insufficient in all three trials for this secondary analysis to be informative. The key clinical question, whether pharmacotherapy can modulate an adequate dose of physical or behavioral training to enhance stroke recovery, has yet to be addressed in a phase III trial.”

Both AFFINITY and EFFECTS were double-blind, placebo-controlled trials of 20 mg of daily fluoxetine in patients with stroke sent for rehabilitation with the primary outcome of 6-month mRS.

“AFFINITY and EFFECTS started before FOCUS concluded, but it is now not clear what their added value is,” the editorialists observed. “In a world of finite resources, these trials illustrate the need for a global agenda for stroke recovery research that allows optimal alignment to address complementary research questions.”

“The results from the AFFINITY and EFFECTS trials should not signal the end of pharmacotherapy for stroke recovery, but rather the beginning of the next stage,” they added.

Limitations include a possibly inadequate dose of physical therapy in routine rehabilitation to gain activity-dependent plasticity benefits possible with fluoxetine, with no standard protocol or measurement of rehabilitation activity.

Hankey has received grants from the NHMRC of Australia, Vetenskapsradet (The Swedish Research Council), and UK National Institute for Health Research Technology, during the conduct of the study; and personal fees from the American Heart Association, outside of the submitted work. Lundstrom had no disclosures.