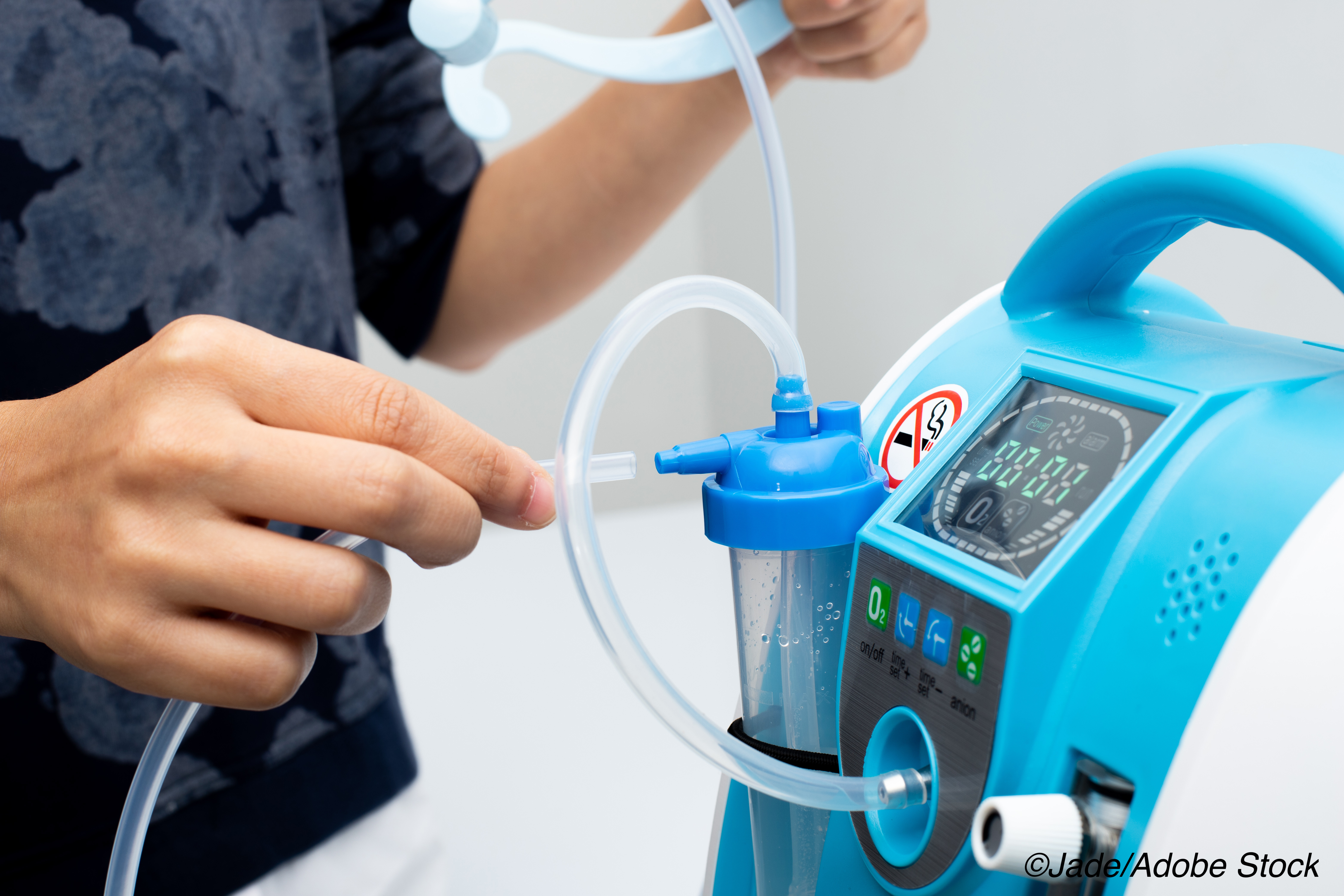 Trial was underpowered due to recruitment issues

Use of nocturnal oxygen therapy for the management of isolated nocturnal hypoxemia in patients with COPD appeared to have no impact on survival or time to progression to long-term oxygen therapy in a newly published trial.

Recruitment for the International Nocturnal Oxygen (INOX) trial was terminated early due to difficulties recruiting and retaining participants after enrollment of fewer than half of the 600 patients originally projected for the study. As a result, the study was underpowered to show mortality and other clinically significant benefits for nocturnal oxygen in COPD patients who do not meet current criteria for treatment with long-term oxygen therapy.

The findings, published online Sept. 16 in The New England Journal of Medicine, did not “rule out benefit or harm from nocturnal oxygen,” wrote researcher Yves Lacasse, MD, of Laval University, Quebec, Canada, and colleagues.

Two relatively small prior randomized trials showed no benefit, but the trials were both underpowered, with only 38 patients in one and 76 patients in the other.

The INOX trial included a total of 243 patients at enrollment termination, with 123 randomly assigned to receive nocturnal oxygen and 120 assigned to receive placebo (ambient air from a sham concentrator). A total of 192 (79.0%) met the study case definition for nocturnal desaturation on the two oximetry studies obtained at trial entry.

The primary outcome included a composite of death from any cause or a requirement for long-term oxygen therapy, defined by the Nocturnal Oxygen Therapy Trial (NOTT) criteria in the intention-to-treat population.

One patient was lost to follow-up after 2.5 years of receiving placebo, and 11 withdrew from the trial during the fourth year and did not consent to final outcome assessment. The primary composite outcome was determined for 242 patients at the 3-year follow-up and in 231 patients (95.1%) at the 4-year follow-up.

A total of 10 patients did not receive the assigned intervention (4 in the active-treatment group and 6 in the control group).

After adjustment of oxygen flow rate, 116 of the 119 patients (97.5%) who received oxygen had nocturnal saturation during treatment within the target flow rate; 93 patients (78.2%) were given oxygen at a flow rate of 2 liters per minute.

No evidence of significant differences in exacerbation rates and hospitalizations were seen between the two treatment groups.

When the researchers combined the results from the two previously published studies examining nocturnal oxygen with their own INOX data at 3 years follow-up, the point estimate was close to null for death from any cause or progression to long-term oxygen therapy (relative risk, 1.04; 95% CI, 0.81-1.34).

“The lower limit of the 95% confidence interval around the pooled measure of effect excluded what we would consider as the minimal clinically important difference,” the researchers wrote…”The consistency of the findings of the INOX trial added to those of the previous trials does not provide evidence to suggest benefit from the use of nocturnal oxygen in patients with COPD and isolated nighttime oxygen desaturation.”

The researchers noted that home oxygen therapy is the most expensive health care expenditure after hospitalization associated with COPD critical care.

“Although the wide confidence intervals around the data do not preclude a benefit of oxygen treatment, the INOX trial and the previous trials considered alone or together do not show the presence of a clear clinical benefit of nocturnal oxygen,” they concluded.

The INOX trial was supported by the Canadian Institutes of Health Research.

Lacasse reported grants from Canadian Institutes of Health Research, during the conduct of the study.