Novartis has priced the treatment at $88,000 annually, head of pharmaceuticals Paul Hudson told Reuters, a level exceeding some other MS drugs and one that may draw scrutiny from payers.

Mayzent was approved for adults with relapsing forms of the disease, including clinically isolated syndrome, relapsing-remitting disease, and active secondary progressive disease (SPMS), the FDA said. It said the drug’s benefits were not statistically significant in patients with non-active MS.

The drug’s cost will likely attract attention, as the independent Boston-based group Institute for Clinical and Economic Review (ICER) has already suggested in a draft report that Mayzent, at the Novartis price, likely far exceeds levels generally thought to be cost-effective.

“We will find a way to bring it to market, so patients get the best clinical choice,” Hudson said. “I think we’ve been very responsible with the pricing of it.”

So far, however, ICER has concluded Novartis would have to price Mayzent between $680 and $1,000 per month for it be considered cost-effective.

Hudson said ICER’s figures could change in its final report, due out in June. “Wait and see how that plays out,” he said, adding Novartis was still working to help people understand Mayzent’s benefits.

Novartis’ older Gilenya MS drug, its top seller at $3.34 billion annually, has a list price of $95,594 annually. Roche’s new MS drug, Ocrevus, with 2018 sales of $2.4 billion, lists at $65,000. Novartis sees Mayzent, a synthetic derivative of Gilenya modified to reduce side effects like a slow heart rate and better protect nerves from destruction, as a way to help often-older patients whose disease moves past relapsing MS to a progressively worsening condition.

Hudson called Mayzent a potential blockbuster with annual sales of more than $1 billion, while revenue is estimated at about $800 million by 2022, according Refinitiv data.

With Mayzent’s approval for the active form of SPMS, Schneider said that leaves it in competition with existing drugs and puts the onus on Novartis’s marketing force to convince doctors to switch from medicines they know better.

“Novartis will need to promote SPMS testing and change of therapy, likely not an easy endeavor,” he said.

(Reporting by John Miller and John Revill in Zurich and John Benny in Bengaluru; Editing by Sandra Maler/Keith Weir) 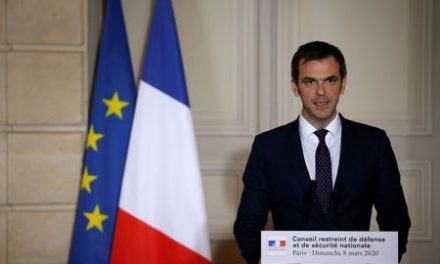