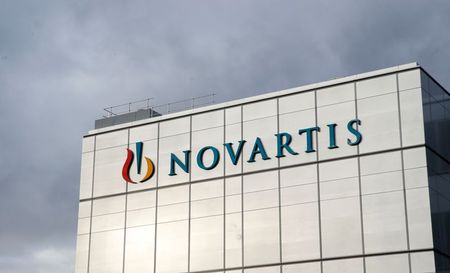 Bradner’s comment to an investor conference in London comes as cross-town rival Roche has won the U.S. Food and Drug Administration’s accelerated priority review for its oral SMA therapy that could result in a decision by May 2020.

Analysts as well as Roche have pegged risdiplam as a potential blockbuster with more than $1 billion in annual sales, as it competes with Biogen’s Spinraza and Zolgensma, the $2.1 million-per-patient gene therapy for which Novartis won approval last May.

“As you know, we’ve pivoted to developing Zolgensma as definitive therapy for spinal muscular atrophy and don’t see a big opportunity for oral therapy there, or we would develop this molecule further,” Bradner told investors.

SMA is an inherited, potentially fatal muscle-wasting disease for which there were no treatments until just a few years ago.

“The learning of LMIO70 has taught us that LMI actually affects other splicing effects in cells that lead to new therapeutic opportunities, and has launched new programs targeting” other challenges, Bradner said.