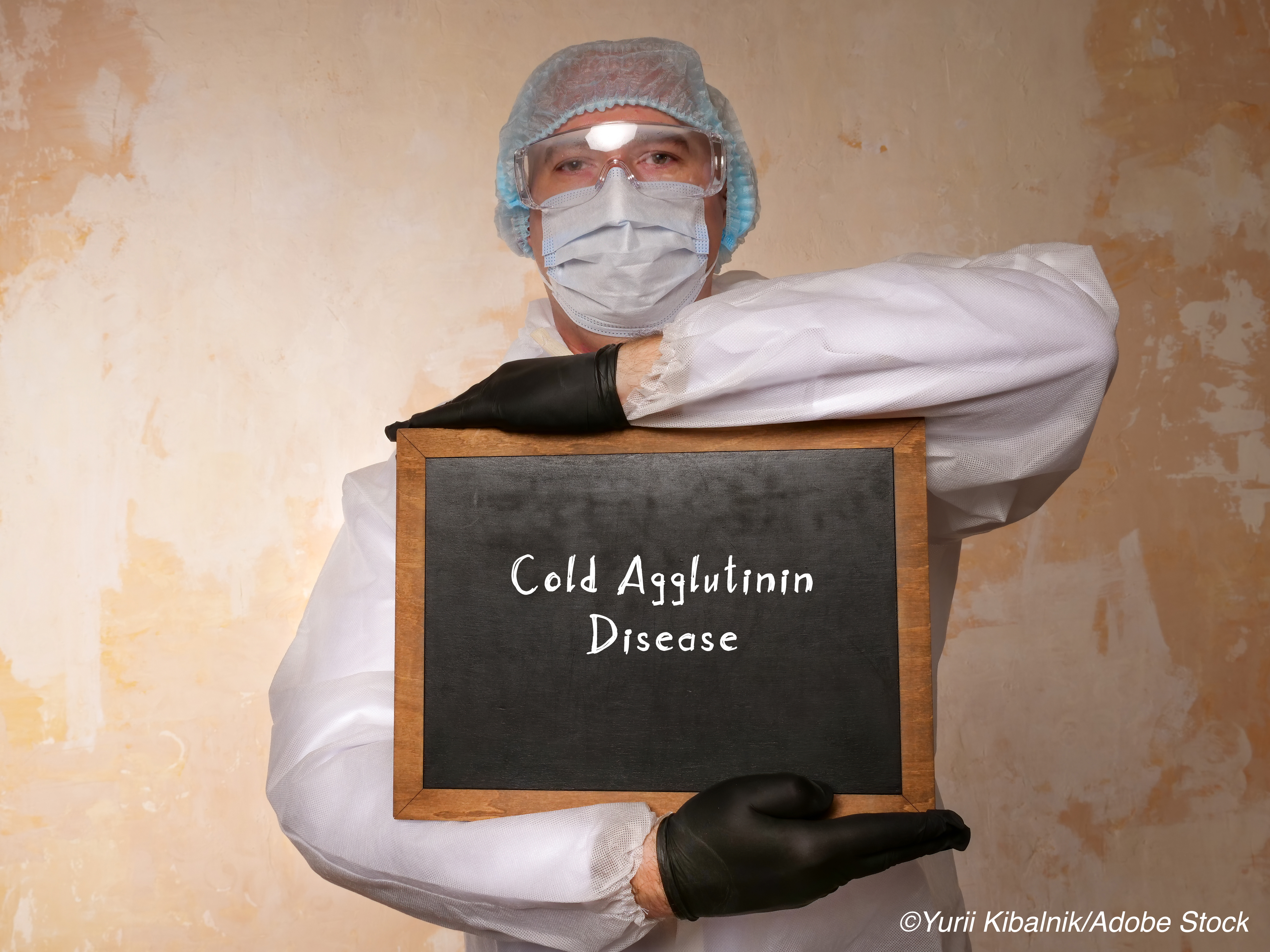 Results from a small open-label trial suggested that treatment with an investigational humanized monoclonal antibody may be an effective treatment for cold agglutinin disease, a rare autoimmune hemolytic anemia for which there are no approved therapies.

The 26-week, single-group trial tested intravenous sutimlimab in 24 cold agglutinin patients who had recently undergone transfusions and found infusions of the antibody halted hemolysis, increased hemoglobin levels, and reduced fatigue in more than half of patients.

The composite primary endpoint was a “normalization of hemoglobin level to 12 g or more per deciliter or an increase in hemoglobin level of 2 g or more per deciliter from baseline, without red-cell transfusion or medications prohibited by protocol,” Alexander Röth, MD, of the West German Cancer Center, University Hospital Essen, University of Duisburg-Essen in Essen, Germany, and colleagues reported.

By 26 weeks, 54% of the participants (n=13) had evidence of a primary composite endpoint response. Although participants did not normalize hemoglobin levels to the 12 g or more per deciliter target, patients did maintain a level of more than 11 g per deciliter beginning at week three and continuing through week 26.

Moreover, Röth and colleagues reported the “least-squares mean increase in hemoglobin level was 2.6 g per deciliter at the time of treatment assessment (weeks 23, 25, and 26)… A total of 17 patients (71%) did not receive a transfusion from week 5 through week 26. Clinically meaningful reductions in fatigue were observed by week 1 and were maintained throughout the study.”

And, demonstrating proof of concept, sutimlimab treatment rapidly inhibited activity in the classic complement pathway, “as assessed by functional assay,” they wrote in The New England Journal of Medicine. The findings from the CARDINAL trial were also presented at the 62nd American Society of Hematology Annual Meeting and Exposition.

Röth and colleagues pointed out that the normalization in bilirubin levels coincided with the inhibition of the classic complement pathway, which “confirmed that bilirubin is a reliable biomarker for extravascular hemolysis, the predominant form of hemolytic activity in cold agglutinin disease.”

Patients received weight-based infusions of sutimlimab on the first day of treatment and again on day seven, followed by infusions every two weeks — a 6.5-g dose in those less than 75 g and a 7.5-g dose in those weighing 75 kg or more. Red-cell transfusions were given to symptomatic patients with hemoglobin levels less than 9 g per deciliter and regardless of symptoms to patients with hemoglobin levels of less than 7 g per deciliter.

Almost all participants (92%) reported at least one adverse event, and seven (29%) had at least one serious adverse event during the study, none of which were determined by investigators to be related to sutimlimab; no patients developed meningococcal infections.

Cold agglutinin disease increases risk of thromboembolism, and in this study, eight patients had a history of thromboembolic events, including pulmonary embolism, “but no patient had onset of new thromboembolism through week 26. Levels of biomarkers associated with thrombotic activity (D-dimers and thrombin-antithrombin complex) decreased after sutimlimab treatment. Additional long-term data are needed to assess the effect of sutimlimab on the risk of thrombosis.”

The authors acknowledged that single-group studies are limited by their design, so more research is needed to fully assess both the efficacy and safety of sutimlimab, but they concluded that their data “show that targeting the classic complement pathway represents a new, effective therapeutic approach for the management of cold agglutinin disease.”

The CARDINAL trial was supported by Sanofi.