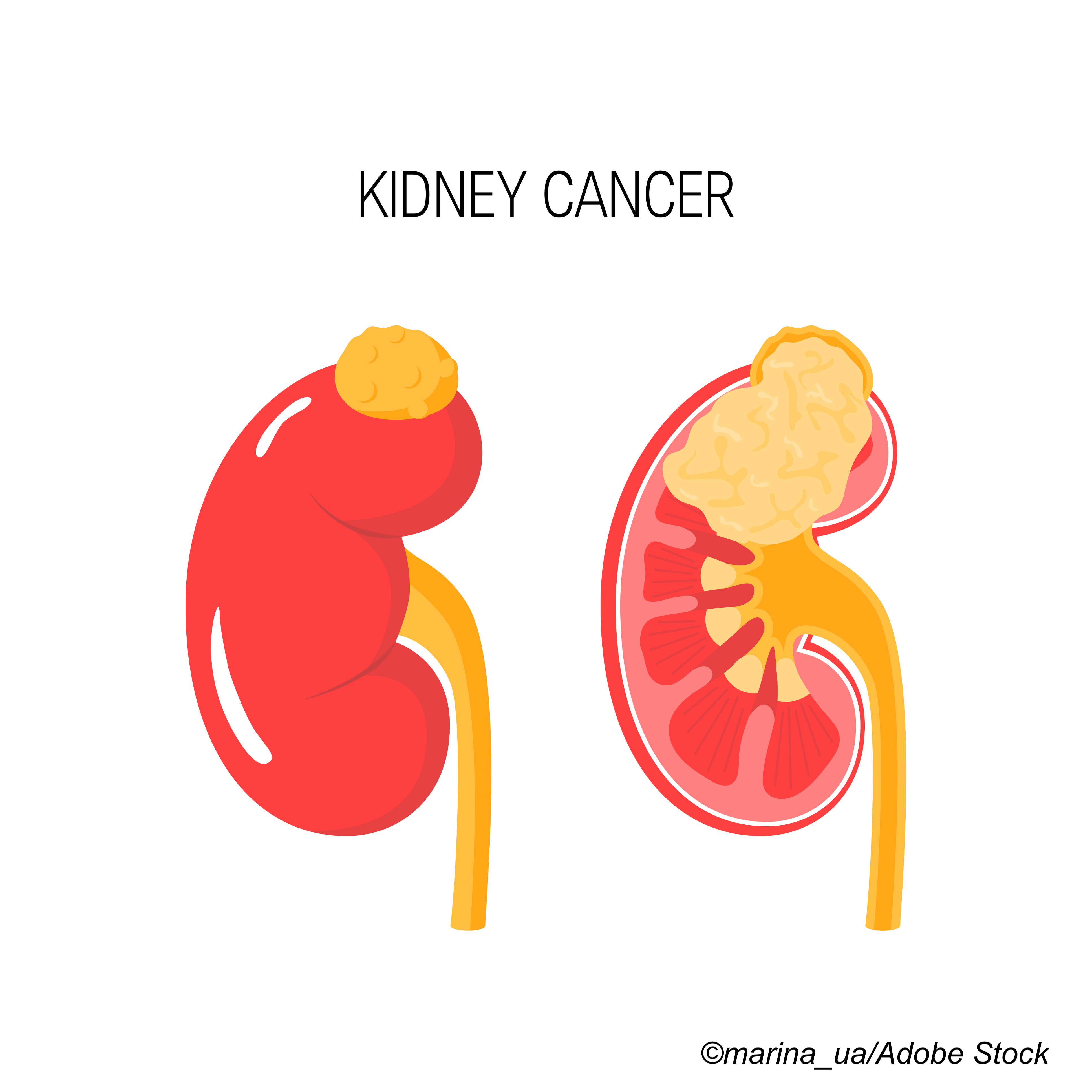 In a group of 61 VHL patients with renal cell carcinoma, almost half (49%, 95% CI, 36-62%) achieved an objective response to treatment, Eric Jonasch, MD, University of Texas M.D. Anderson Cancer Center, Houston, and colleagues reported in The New England Journal of Medicine.

Another 49% had a best response of stable disease and only 3% of patients experienced disease progression while receiving therapy.

All 61 patients in the study also had pancreatic lesions and a confirmed response was also observed in over three-quarters of them, with 10% of patients achieving a complete response (CR), investigators added.

Approximately one-third of patients had pancreatic neuroendocrine tumors and in this group of patients, 91% achieved a confirmed response to belzutifan.

Additionally, the majority of patients also had central nervous system hemangioblastomas and here again, 30% had a confirmed response to treatment, including 6% who also achieved a CR.

Adverse events were generally grade 1 or 2, the most common of which were anemia, fatigue, headache, and dizziness.

“As observed in the current trial, patients often underwent multiple surgical or ablative procedures before treatment with belzutifan,” Jonasch and colleagues explained.

“After treatment initiation, only three patients underwent an intervention directed at a neoplasm associated with VHL disease [so]… data from the current trial suggest that belzutifan might serve as an alternative treatment or a complement to surgical treatment in these patients,” the authors suggested.

Patients received belzutifan, given orally at a dose of 120 mg once a day administered in three 40 mg tablets, which was continued beyond study endpoint baring AEs or disease progression.

The median age of the cohort was 41 years (range, 19-66 years), approximately half of participants were men and almost all patients (97%) had undergone at least one previous tumor reduction procedure.

At a median follow-up of 21.8 months (range 20.2-30.1 months), almost all patients at 89% continued to receive treatment with belzutifan.

“A reduction in the sum of all target lesion diameters was observed in 56 patients (92%),” the authors reported.

However, median linear growth rates varied depending on whether patients achieved a partial response (PR) or had stable disease in response to treatment.

Treatment was interrupted in 43% of patients due to AEs while the dose was reduced in 15% for the same reason.

However, only seven patients out of the original cohort of 61 patients discontinued treatment after a median duration of 8.1 months (range, 1.9-19.3 months).

“Neoplasms associated with VHL disease are currently managed with surgical resection or ablation with the goal of reducing the risk of metastatic disease and controlling local or systemic sequel,” the authors observed.

“An effective systemic alternative might reduce the surgical burden in patients with VHL disease and represents a new approach to the management of VHL-disease-associated neoplasms that are confined to organs,” they suggested.

“[T]he therapeutic inhibition of HIF-2α may represent a major advance in the overall management of VHL disease, which represents an enormous burden [to patients] even before the occurrence of clear-cell renal cell carcinoma,” as she points out.

Indeed, extrarenal manifestations of the disease occur early at a mean age of onset of only 26 years and when these tumors and cysts reach a critical volume, “they cause severe neurologic symptoms, blindness or death if not treated appropriately,” Schmidinger observed.

Because current treatment options are limited to surgery, radiation therapy or microwave ablation, VHL patients often undergo multiple procedures over many years which in and of themselves can cause a number of disabilities related mostly to damage caused by these interventions to the central nervous system.

“Considering both the efficacy of the treatment in all VHL-associated tumors and the acceptable adverse-event profile of this HIF-2α inhibitor, early and possibly even intermittent use of belzutifan may spare patients with VHL disease multiple surgeries, decrease their risk of loss of organ function (such as renal failure and blindness) and reduce their risk of death from metastatic renal cell carcinoma or CNS hemangioblastomas,” Schmidinger suggested.

The study was funded by Merck Sharp & Dohme.