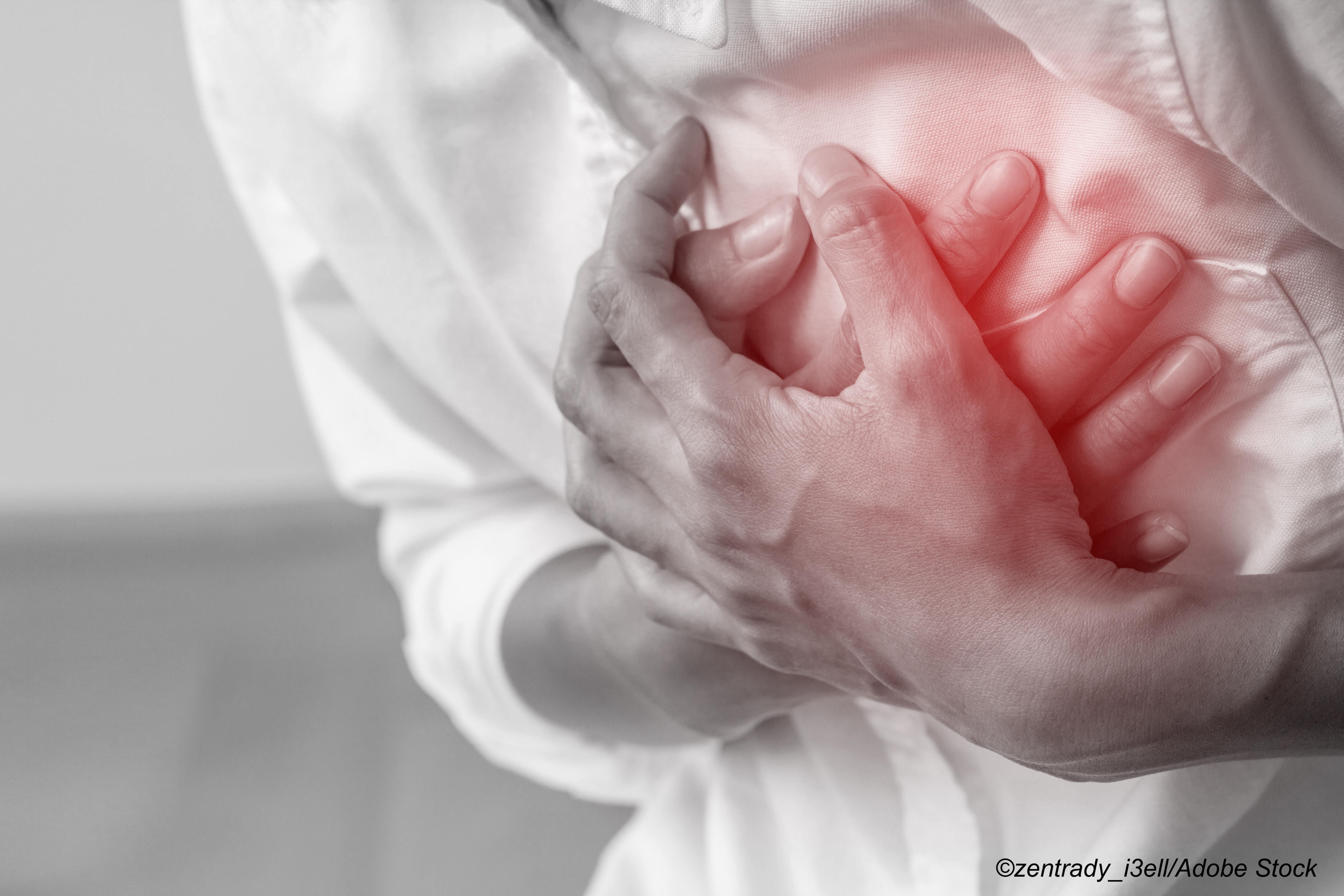 In patients with non-ST-segment elevation myocardial infarction (NSTEMI), prehospital delay is associated with an increased risk of 3-year all-cause mortality, according to results from a recent study published in the Journal of the American College of Cardiology. The study authors urged better education for patients on the symptoms of chest pain.

“Due to the recent [pandemic], it has been reported that patients in England, Italy, and the United States have decreased visits to hospitals despite having symptoms due to concerns about nosocomial infection. Interestingly, in the concomitant period, an increase in the mortality rate of NSTEMI patients was also reported,” researchers Jung-Joon Cha, MD, and Tae Hoon Ahn, MD, both of the Cardiovascular Center, Korea University Anam Hospital, Korea University College of Medicine, Seoul, Republic of Korea, told BreakingMED in an email correspondence.

For this study, Cha, Ahn, and colleagues included 6,544 patients with NSTEMI from the Korea-Acute-Myocardial-Infarction-Registry-National Institutes of Health (KAMIR-NIH). They categorized patients into two groups based on their symptom-to-door times—less than 24 hours or 24 hours or more (27.9%). The primary outcome of the study was 3-year all-cause mortality, and secondary outcomes included a 3-year composite of all-cause mortality, recurrent MI, and hospitalization for heart failure.

Upon multivariate analysis, they found the following to be independent predictors of prehospital delays:

Cha and Ahn also explained to BreakingMED the differences and significance of their study compared with previous ones.

“A significant contributing factor to the reduction in mortality in NSTEMI patients is shortening arrival to the hospital from symptom onset. This observation has already been emphasized in STEMI patients but not in NSTEMI patients… surprisingly, there have been no studies on the effect of delayed hospitalization in patients with NSTEMI,” they wrote.

These results also highlight the importance of patient education, Cha and Ahn noted.

“The public’s understanding of the correlation between chest pain (especially atypical or dyspnea) and myocardial infarction is still low. Thus, to reduce the mortality of NSTEMI, clinicians should educate the importance of visiting the hospital early when the patients feel symptoms. Also, for the clinicians, atypical symptoms in NSTEMI patients may lead clinicians to underestimate the disease severity,” they wrote.

“This door-to-catheter strategy showed no mortality reduction in most RCTs, which was consistent with our study. However, we found that delayed hospitalization is essential for the increased mortality of NSTEMI patients through the present study. Therefore, we expect that our study will be a clue of the accurate optimal timing of ICA strategy in real-world clinical practice, and we are now moving to conduct follow-up research on this,” they concluded.

“The authors are to be commended for performing the first study assessing the prognostic implications of admission delays in a large population of patients with NSTEMI with a long follow-up and with minimal losses. Analyses were properly performed. Owing to the potential implications of the results, the possible mechanisms and alternate explanations for the observed association between admission delays and outcomes need to be discussed,” they wrote.

The first of these explanations is that patients who presented late may have had more frequent, recurring ischemic episodes before hospital admission, which are associated with a worse prognosis. Next, according to Barrabés et al, is that longer delay in admission was associated with a higher risk in patients with lower GRACE scores, which “suggests that part of these late presenters might originally have had a STEMI, but they no longer had ST-segment elevation on admission.”

Finally, symptom-to-door times in these NSTEMI patients were longer here than in other registries, a fact that reduces the generalizability of the results, noted Barrabés and colleagues, and involves the possibility that other patient characteristics that were not accounted for upon multivariate analysis may have caused worse outcomes.

“In conclusion, this study underscores the importance of seeking urgent medical attention (preferably by contacting the emergency medical services) in the presence of any symptoms suggestive of myocardial ischemia and confirms some variables related to long symptom-to-door times,” concluded Barrabés and colleagues.

Study limitations include the use of nonrandomized, prospective observational registry data and the possibility of physician-generated selection bias in treatment strategies.

This work was funded by the Research of Korea Centers for Disease Control and Prevention.

Cha and Ahn reported no disclosures.

The authors’ research is supported by the Instituto de Salud Carlos III, Spain, cofinanced by the European Regional Development Fund.

Barrabés has participated in educational activities for AstraZeneca, Rovi, and Novo Nordisk.