Vaccination still is expected to be protective, but findings suggest should be done prior to therapy initiation

“This study provides Class II evidence confirming that the humoral response to non-live vaccines in patients with RMS following ocrelizumab treatment is attenuated compared with untreated or interferon-β–treated patients, though can still be expected to be protective,” wrote Amit Bar-Or, MD, of the University of Pennsylvania, and co-authors in Neurology.

“Live and live-attenuated vaccines were not used due to safety concerns relating to the risk of reactivation and are not recommended during ocrelizumab treatment and until B-cell repletion,” they added.

In VELOCE, patients with RMS were randomized to ocrelizumab with two 300 mg intravenous infusions separated by 14 days (n=68) or to a control group (n=34, including patients using who either continued interferon-β treatment or received no disease-modifying therapy). All received and were assessed for response to tetanus toxoid (TT)-containing vaccine and 23-PPV (Pneumovax).

The ocrelizumab group was further divided into OCR 1 (n=33) and OCR 2 (n=35) at randomization. The OCR 1 group received 13-PCV (Prevnar; a booster for 23-PPV) 4 weeks after 23-PPV. The OCR 2 and control groups received influenza vaccine.

The 13-PCV booster did not enhance 23-PPV response to pneumococcal serotypes in the OCR 1 group at 4 weeks, with positive response defined as 2-fold or >1 μg/mL increase in serotype-specific antibody titers. Four-week seroprotection against five influenza strains ranged from 55.6–80.0% in the OCR 2 group to 75.0– 97.0% in controls.

VELOCE data was incorporated into a January 2020 FDA update to the ocrelizumab drug label, which now advises non-live vaccines be given, when possible, 2 or more weeks prior to starting ocrelizumab, and that live or live-attenuated vaccines to be given at least 4 weeks prior.

“The results of the VELOCE trial suggest that vaccination should preferably be completed prior to the start of ocrelizumab if applicable,” noted Joep Killestein, MD, PhD, of the University of Amsterdam in the Netherlands, and coauthors, in an accompanying editorial.

“However, even after the induction of B-cell depletion, vaccination may result in a meaningful response,” they continued. “Thus, annual vaccination against influenza, for example, can still be recommended in B-cell depleted patients, although the extent of its clinical effectiveness needs to be confirmed.”

MS therapies have been associated with increased vulnerability to infections, which may in turn cause relapses. Ocrelizumab is a CD20-selective humanized monoclonal antibody that depletes CD20+ B cells prior to B-cell reconstitution and restoration of pre-existing humoral immunity, but its effect on vaccine response was not known.

In their study, Bar-Or and colleagues enrolled and randomized 102 patients 18-55 years old with RMS and baseline Expanded Disability Status Scale (EDSS) scores from 0–5.5 between October 2015 and August 2016. Participants had one or more tetanus toxoid (TT)-containing vaccination (tetanus and diphtheria or tetanus, diphtheria, and acellular pertussis) more than 2 years earlier.

“We believe that it is of major importance that the long-term effectiveness of vaccinations in B-cell depleted MS patients should be followed-up by further research in post-marketing settings and real world registries,” Bar-Or and co-authors wrote.

“Whenever possible, vaccination requirements should be completed as per local prescribing information prior to initiation of ocrelizumab, which will optimize vaccine effectiveness,” they continued.

Even after ocrelizumab initiation, vaccination is “likely to generate a meaningful vaccine response in most patients and may be considered when vaccination is deemed useful,” they added. “For example, it is recommended to vaccinate patients on ocrelizumab with seasonal influenza vaccine, to generate what will potentially be a protective humoral response to the vaccine, even if attenuated.”

This research was funded by F. Hoffmann-La Roche Ltd.

Associations between ADHD and emotional problems from childhood to young adulthood: a longitudinal genetically sensitive study. Predicting Prolonged Opioid Use After Surgery 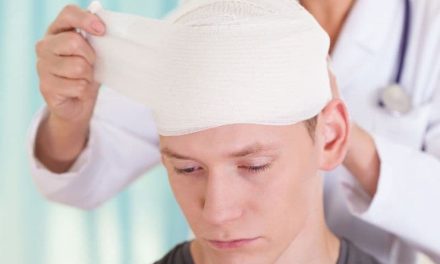 Recovery From Concussion Longer for Athletes With ADHD