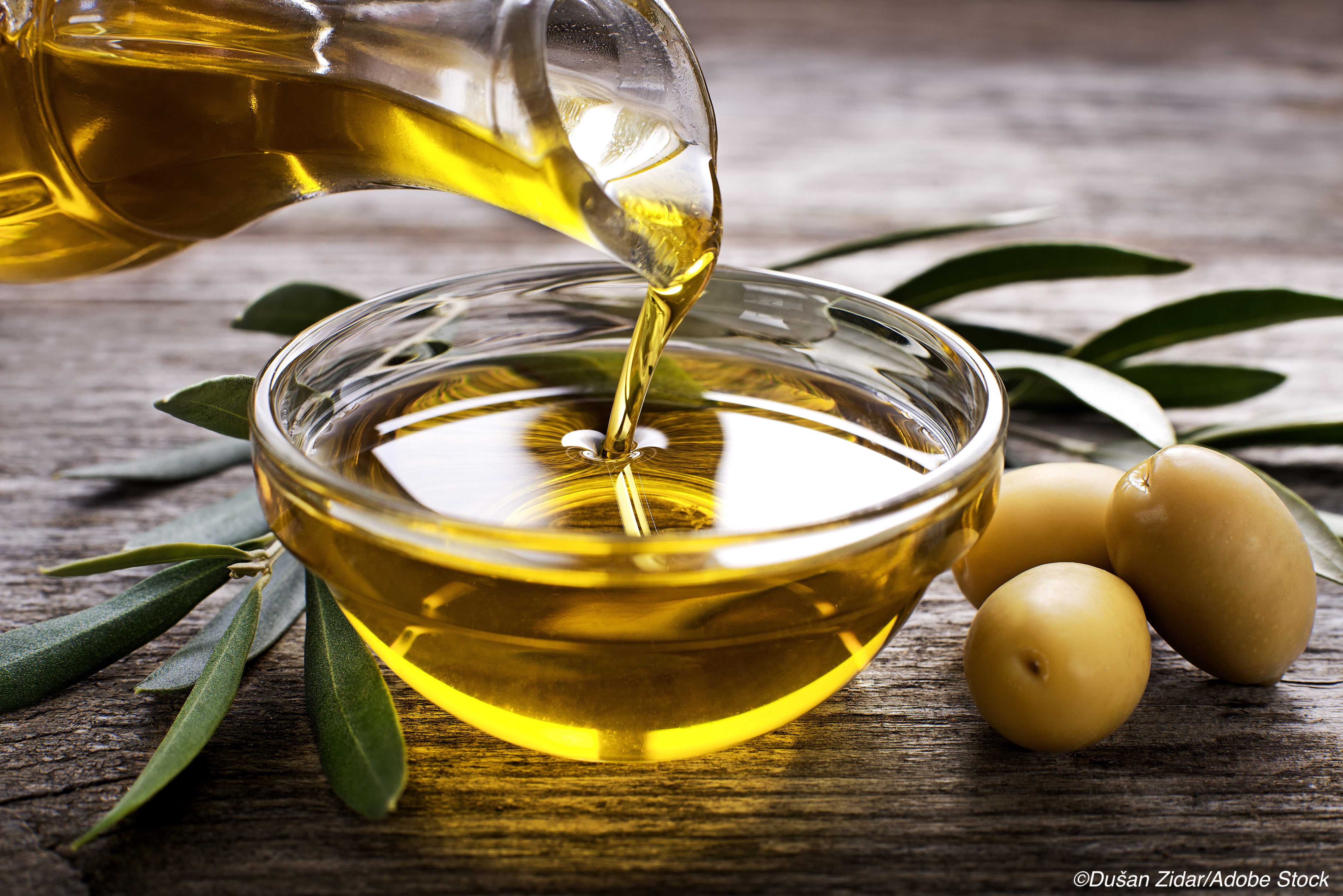 Eating more olive oil can lower the risk of total and cause-specific mortality, according to a recent analysis of data from two large, well-known studies. And, replacing other fats such as margarine, butter, mayonnaise, and dairy fat with olive oil was associated with a lower risk of mortality. Results are published in the Journal of the American College of Cardiology.

Marta Guasch-Ferré, PhD, of the Harvard School of Public Health, Boston, and colleagues explained the impetus for this analysis:

Guasch-Ferré and colleagues used data from 60,582 women from the Nurses’ Health Study (1990-2018) and 31,801 men from the Health Professionals Follow-up Study (1990-2018). Participants’ diets were followed with a semiquantitative food frequency questionnaire every 4 years. At baseline, none had cardiovascular disease or cancer.

Those with a higher consumption of olive oil were more likely to be physically active and of Southern European or Mediterranean ancestry, as well as less likely to smoke. Further, researchers found associations between olive oil intake and higher energy intake, better Alternative Healthy Eating Index scores, and greater fruit and vegetable consumption.

After a follow-up of 28 years, 36,856 deaths occurred. Compared with participants who never or rarely consumed olive oil, among those with the highest consumption of olive oil—defined as >0.5 tablespoons/day or >7 g/d—the multivariable-adjusted pooled hazard ratio (HR) for all-cause mortality was 0.81 (95% CI: 0.78-0.84).

Researchers also found that a higher intake of olive oil was associated with:

Hu and fellow researchers also did a substitution analysis, in which they replaced 10 g/d of margarine, butter, mayonnaise, and dairy fat with equivalent amounts of olive oil. This replacement resulted in an 8%-34% lower risk of total and cause-specific mortality.

They found no significant associations in comparisons of olive oil with other vegetable oils combined.

“Our results support current dietary recommendations to increase the intake of olive oil and other unsaturated vegetable oils in place of other fats to improve overall health and longevity,” concluded Guasch-Ferré and colleagues.

In her accompanying editorial, Susanna C. Larsson, PhD, of Uppsala University, Uppsala, and the Karolinska Institutet, Stockholm, both in Sweden, commended researchers for a well-designed study.

She did focus some attention on the possibility of residual confounding inherent in all observational studies.

“Despite adjustment for potential confounders, it cannot be inferred whether the observed associations of small to moderate amounts of olive oil consumption with reduced risk of all-cause and cause-specific mortality are causal or attributed to confounding. Furthermore, the biological mechanisms underpinning the observed associations are somewhat elusive, particularly for low levels of olive oil consumption and for non-CVD mortality,” she wrote.

“In a sensitivity analysis, the authors found a significant 27% reduction in risk of dementia-related mortality for those in the highest versus lowest category of olive oil consumption. Considering the lack of preventive strategies for Alzheimer’s disease and the high morbidity and mortality related to this disease, this finding, if confirmed, is of great public health importance,” wrote Larsson, adding that the findings on lowered respiratory disease mortality should be considered tentative and need to be confirmed in a randomized trial.

“To summarize, the current study and previous studies have found that consumption of olive oil may have health benefits. However, several questions remain. Are the associations causal or spurious? Is olive oil consumption protective for certain CVDs (e.g., stroke and atrial fibrillation) only or also for other major diseases and causes of death? What is the amount of olive oil required for a protective effect? Is the potential effect related to MUFAs or phenolic compounds, i.e., is the protective effect confined to polyphenol-rich extra virgin olive oil or are refined olive oil and other vegetable oils as beneficial? More research is needed to address these questions.”

Study limitations listed by the authors include its observational nature and possible residual confounding, a cohort composed primarily of non-Hispanic White health professionals, and possible random measurements of dietary components, and differences in the varieties of olive oil consumed.

This work was supported by research grants from the National Institutes of Health.

Guasch-Ferré is supported by a grant from the American Diabetes Association.