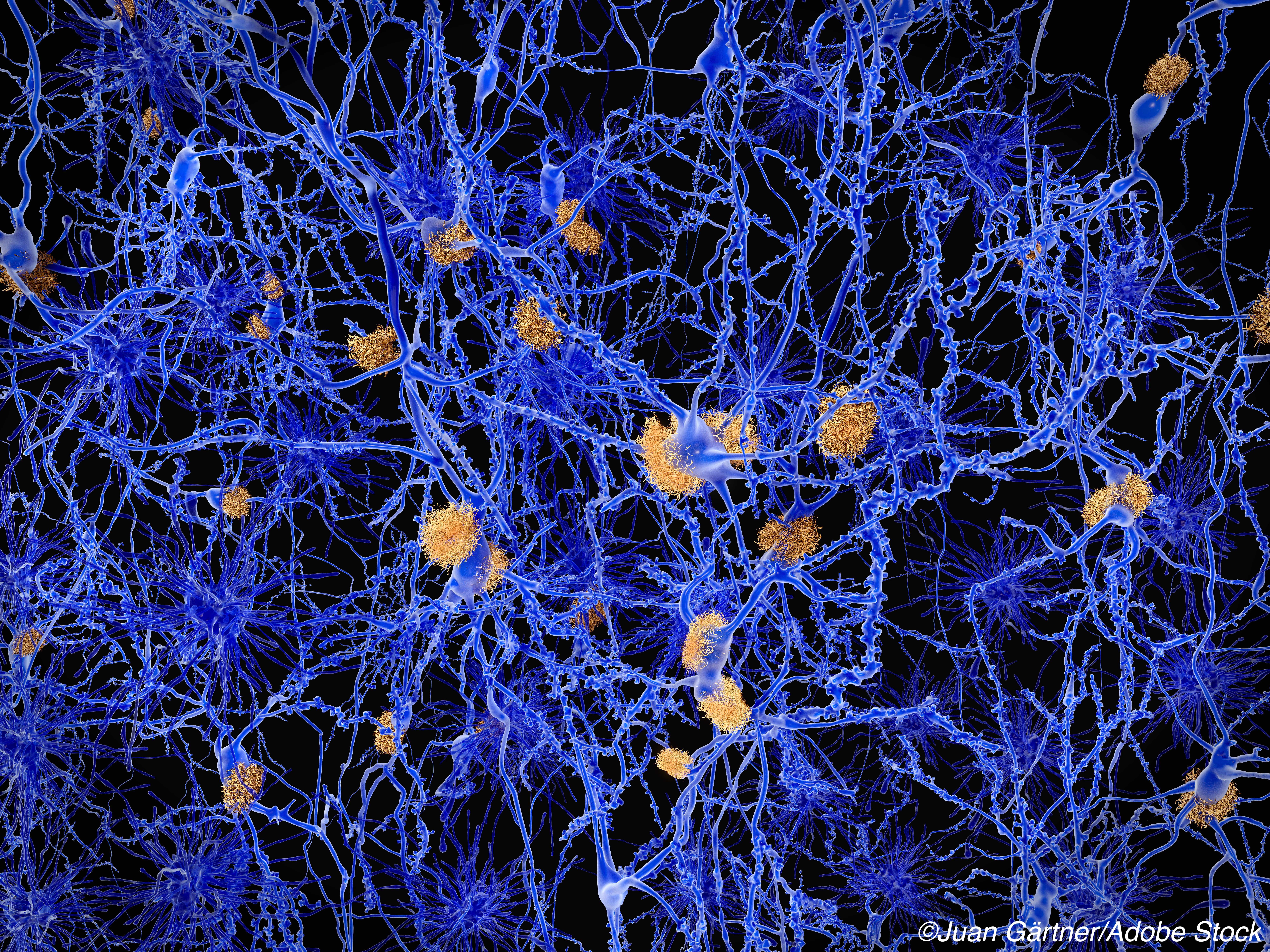 Effects on amyloid reduction persisted for up to 2 years

In the core phase IIb trial, lecanemab had an ARIA-E incidence <10% at the highest dose of 10 mg/kg biweekly. The open-label extension findings “further demonstrate that 10 mg/kg biweekly lecanemab can be initiated at treatment onset to elicit rapid reduction of brain amyloid with relatively low incidence of ARIA-E,” reported Chad Swanson, PhD, of Eisai, Inc., and co-authors, at the 2021 American Academy of Neurology (AAN) annual meeting.

“Effects of lecanemab on amyloid reduction persist for up to two years following lecanemab discontinuation,” they noted.

Lecanemab did not meet its 12-month primary efficacy endpoint in the phase IIb trial, but other analyses showed lower brain amyloid accompanied by a consistent reduction of decline across several clinical and biomarker endpoints, wrote Jeffrey Cummings, MD, of University of Nevada Las Vegas, and co-authors, in Alzheimer’s Research and Therapy.

The core phase IIb study had a 9.9% incidence of ARIA-E in 609 treated patients versus 7.8% of 180 participants in the open-label extension, in which all participants were treated with 10 mg/kg intravenous infusions every two weeks. Of those in the extension study who had been on placebo in the phase IIb trial, 8.9% had ARIA-E.

Lecanemab is a humanized immunoglobulin G1 (IgG1) monoclonal antibody that selectively binds to large soluble amyloid beta aggregate species with removal by Fc receptor-mediated phagocytosis. This contrasts with attempts to target insoluble plaques. A recent review considered lecanemab in context with other amyloid-targeted treatments including aducanumab and gantenerumab.

An early study of lecanemab evaluated the drug for safety and tolerability in mild to moderate Alzheimer’s and found ARIA comparable to placebo. There was a slight increase in plasma amyloid beta and no measurable effect on cerebrospinal fluid biomarkers.

In the core phase IIb trial, researchers studied 854 patients, all with confirmed amyloid pathology and early Alzheimer’s disease. Median age was 72; 80% were 65 or older. Half were female and the cohort was 90% Caucasian. The primary endpoint was Bayesian analysis of 12-month clinical change on the Alzheimer’s Disease Composite Score (ADCOMS), which includes items from the Alzheimer’s Disease Assessment Scale-Cognitive Subscale (ADAS-Cog), Mini Mental Status Examination (MMSE), and Clinical Dementia Rating score (CDR).

By 18 months, the high-dose lecanemab group showed 30% less decline on ADCOMS versus placebo. Also at 18 months, the 10 mg/kg bi-weekly dose showed 76% probability of besting placebo by 25% on ADCOMS, with reduced brain amyloid by mean -0.305 SUVR units on PET amyloid imaging.

Limitations include a phase IIb cohort that was 90% Caucasian, potentially limiting generalizability to other groups. Swanson also noted that non-random sampling for the open-label extension was likely, with some people more likely to return for varied reasons. The gap period (time without treatment) also varied across people who continued in the extension study.

Based on results from phase II research, the phase III CLARITY AD trial was launched currently has ongoing enrollment. Baseline characteristics of participants are consistent with previous studies and representative of an early Alzheimer’s disease population, reported Shau Yu Lynch, PhD, of Eisai, Inc., and colleagues, in a poster presented at the AAN meeting. CLARITY AD is an 18-month treatment, multicenter, parallel-group study with an open-label extension in patients with early Alzheimer’s disease.

Swanson and Lynch are employees of Eisai.