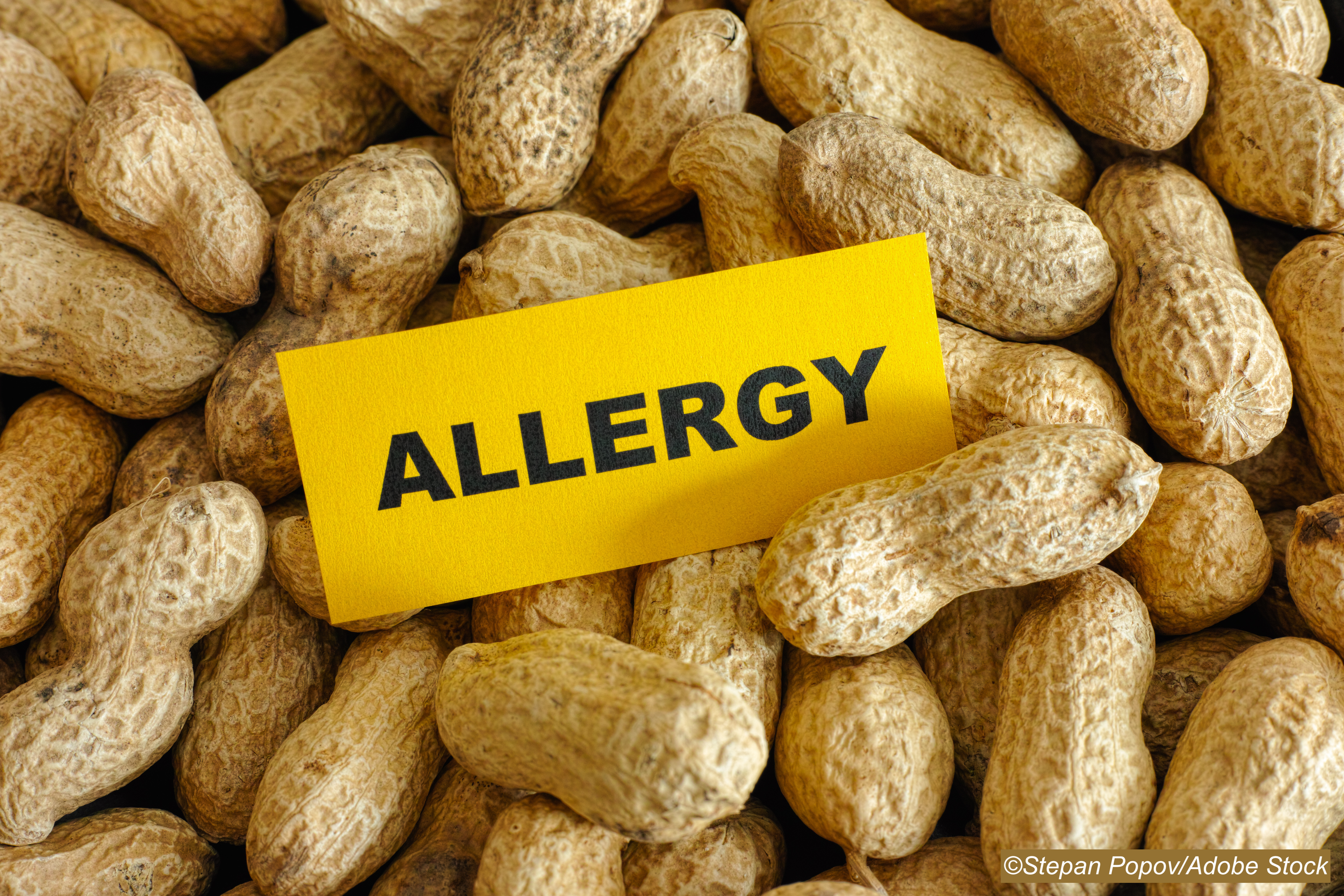 Peanut oral immunotherapy (IT) led to clinically meaningful increases in peanut tolerance while on therapy in roughly two-thirds of toddlers who got the treatment in the multicenter IMPACT clinical trial, and roughly one in five experienced lasting protection (remission) for several months after discontinuing the therapy.

The randomized trial was funded through the National Institute of Allergy and Infectious Diseases’ (NIAID) Immune Tolerance Network, and in a press statement published Thursday, NIAID director Anthony Fauci, MD, said a key study finding suggests that the therapy could “reduce the burden” of peanut allergies, which affect roughly 2% of children in the United States, or nearly 1.5 million children and teens.

Lasting protection following oral immunotherapy discontinuation in the trial, published online Jan. 20 in The Lancet, was most common among children who were younger at the start of treatment.

“The landmark results of the IMPACT trial suggest a window of opportunity in early childhood to induce remission of peanut allergy through oral immunotherapy,” Fauci said. “It is our hope that these study findings will inform the development of treatment modalities that reduce the burden of peanut allergy in children.”

The IMPACT study included 146 peanut-allergic toddlers between the ages of 12- and 46-months (median age 39-months) randomized 2:1 to treatment with peanut IT or placebo for 2.5 years, followed by 26 weeks of peanut avoidance. The oral IT dosage of protein powder was increased gradually over time to a maximum daily dose of 2 grams, which was equivalent to roughly six peanuts.

“The most important observation from this study was the induction of protocol-defined remission in one in five young participants highly allergic to peanut after 134 weeks of peanut oral immunotherapy followed by 26 weeks of peanut avoidance,” wrote researcher Stacie M. Jones, MD, of Arkansas Children’s Hospital, Little Rock.

Jones and colleagues noted that close to 39% of children who completed the study per protocol achieved the remission outcome. An additional 20 children who did not achieve the threshold for remission were still able to tolerate the equivalent of six to 12 peanuts (1,755-3,755 mg) after 26 weeks of avoidance, compared to just one of 32 (4%) in the placebo group.

Adverse event rates were similar to those reported in oral peanut IT trials involving older children, with 98% of those in the oral IT group experiencing an adverse event. Most adverse events were mild to moderate, but 22% were treated with epinephrine.

No dosing-related serious adverse events were reported, and most oral IT adverse reactions occurred during at-home dosing and were managed without epinephrine or study withdrawal.

In commentary published with the study, pediatric food allergy specialist Matthew Greenhawt, MD, of Children’s Hospital Colorado, Aurora, and colleagues, wrote that while the IMPACT trial design had similar limitations to oral peanut IT trials in older children, the treatment is, in their view, “ready for immediate real-world implementation, given evidence of higher efficacy and similar safety to oral immunotherapy for older individuals.”

“Although additional trials might enhance the certainty of evidence for oral immunotherapy in these ages, further delay in implementing oral immunotherapy risks withholding proven benefit,” they wrote. “Waiting for regulatory approval for commercial products for very young children for this treatment to be deemed ready does not benefit families. Commercial products represent an option to choose but are not a necessity when the (peanut) flour used in IMPACT is cheap and widely available for purchase in stores and online.”

The toddlers enrolled in the IMPACT trial all had a clinical history of peanut allergy or avoidance without ever having eaten peanut. The average tolerated dose of peanut protein was 25 mg at study entry, determined through a blinded food challenge.

Ninety-six of the children were randomly assigned to the peanut oral IT treatment group and 50 to the placebo group.

The oral IT group received daily doses of peanut protein powder gradually increased from 0.1 mg to 2,000 mg, while the placebo group received the same treatment regimen with an oat flour substitute. Dosing mostly occurred at home but was conducted in a medical center under observation when doses were increased.

A study limitation cited by the researchers was the relatively small percentage of 1- and 2-year-old children enrolled, with just 12% of the study participants younger than 24 months at recruitment.

“The small number of children younger than 24 months resulted in larger CIs for the probability of remission in this subgroup,” they wrote.

In addition, “there was a high dropout rate during the required 26-week avoidance period, with a substantial differential between treatment groups that might have affected the outcome,” they wrote. “Additionally, 27% of participants who received peanut oral immunotherapy and 20% of those who received placebo did not reach the maximal maintenance dose of 2000 mg, a factor that could have affected study outcomes.”

Commentary writers’ Greenhawt and colleagues wrote that while peanut oral IT is not without risk, “this is a reasonable treatment consideration for very young children with peanut allergy, guided by an allergy specialist, in the context of shared decision making.

“Oral immunotherapy has the potential to help manage disease through treatment, not fear and avoidance,” they concluded.