Other factors may explain preterm births associated with IVF

(Reuters Health) – Women are more likely to have preemies when they use reproductive technologies like in vitro fertilization (IVF), but a new study comparing outcomes for these babies to siblings conceived naturally suggests that other factors may be the cause of these early arrivals.

Infertility has long been linked to an increased risk of premature deliveries and underweight babies, and the current study offers fresh evidence of this. Compared to babies conceived naturally, infants born after women used assistive reproductive technology (ART) were slightly more likely to be born preterm and weighed an average of 60 grams (2.1 ounces) less, the analysis of more than 65,000 births found.

But the difference was less dramatic when researchers compared only the 2,776 babies conceived with ART to their 1,245 siblings conceived the old-fashioned way. Now, the ART siblings had an even smaller increased likelihood of being preemies and weighed an average of just 31 grams (1.1 ounces) less than their naturally-conceived brothers and sisters.

“As a group, children born after medically assisted reproduction are, in absolute terms, at increased risk of adverse birth outcomes,” said lead study author Alice Goisis of the London School of Economics and Political Science.

“But the results of this study indicate that this elevated risk is likely attributable to factors other than the treatment itself,” Goisis said by email.

In the weeks immediately after birth, preemies often have difficulty breathing and digesting food. They can also encounter longer-term challenges such as impaired vision, hearing and cognitive skills, as well as social and behavioral problems.

All of the babies in the current study were born in Finland between 1995 and 2000.

Within families, the differences in birth outcomes for siblings conceived with and without ART were negligible once researchers also accounted for birth order and any multiple pregnancies.

The study wasn’t designed to prove whether or how ART might directly contribute to preterm births or underweight babies. But, the study team writes, it’s possible that effects of the ART treatments or characteristics of the parents could also explain some of the associations.

“A history of infertility, whether in female or male, can in itself denote risk for the baby because what causes infertility can be associated with adverse genetic traits inherited by the next generation,” said the co-author of an accompanying editorial, Dr. Norbert Gleicher of the Center for Human Reproduction in New York City.

“Moreover, if these traits prevent pregnancy or live births, populations that do not get treatments to overcome these traits (IVF included), of course, do not transmit these traits,” Gleicher said by email.

Essentially, this means it will take several generations to get a better picture of the risks of IVF, and how these risks might differ based on parents’ unique characteristics, Gleicher said.

“The question in medicine is always to find the right balance between risk and benefit,” Gleicher added. “And if this is done, IVF has to be viewed as a probably unprecedented success.” 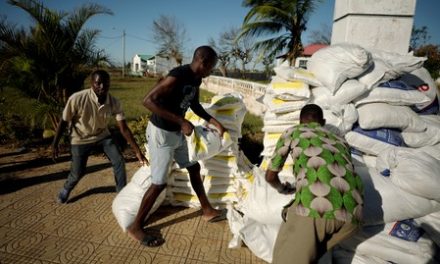