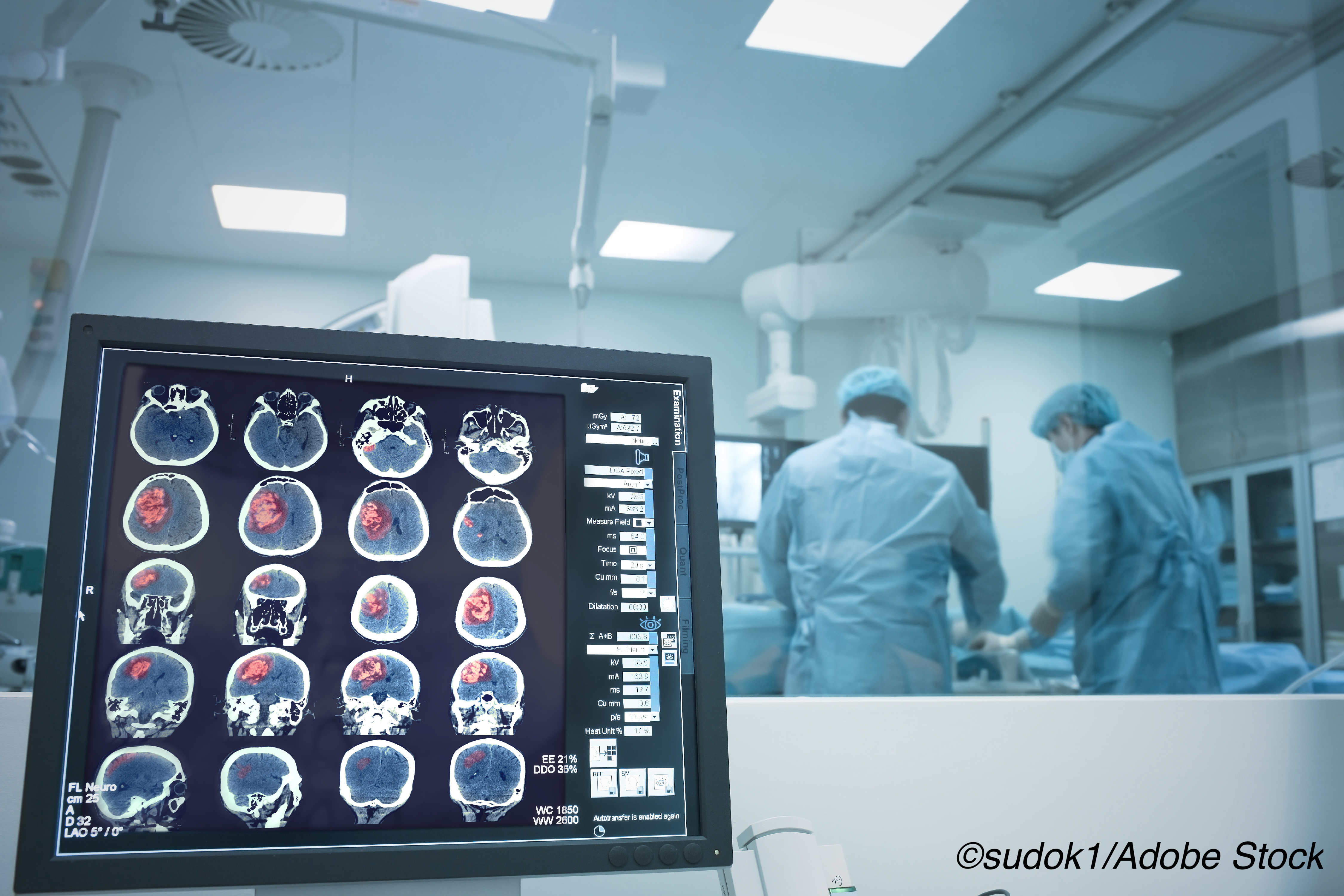 EST assumed a strikingly more prominent role in stroke following the 2015 publication of research documenting benefits of clot retrieval in acute ischemic stroke caused by LVO. These benefits are time-dependent, though, and despite as many as 85% of the U.S. population living an hour or less from capable EST centers, complications with presentation, decision-making, and the details of physically transferring patients from a presenting site have raised systems and process questions about how to maximize access to EST.

To compare a local EST approach with transferring patients for offsite EST, Mohamad Alkhouli, MD, of the Mayo Clinic in Rochester, Minnesota, and coauthors studied 22,193 adults with acute ischemic stroke who received EST (onsite 50.8%; offsite 49.2%) from October 2015 to September 2019 in the Vizient academic consortium administrative database.

They found that mortality was 14.7% in the off-site group versus 11.2% in the on-site group and poor functional outcomes were 40.7% versus 35.9%, respectively (P<0.001), in propensity score analysis, Alkhouli and colleagues reported in JACC: Cardiovascular Interventions.

Compared with the on-site group, in-hospital mortality OR for the off-site group was 1.38 (95% CI 1.26-1.51; P<0.001) when adjusted for age, sex, demographics, risk factors, tissue plasminogen activator (tPA) use, and institutional EST volume.

Poor functional outcome — which the study authors defined as discharge to hospice, discharge to a long-term nursing facility, or death — was also associated with off-site treatment in similar analyses (OR 1.26, 95% CI 1.18-1.34; P<0.001). Intracranial hemorrhage and mechanical ventilation were higher in the off-site group, while cost was higher in the on-site group.

These findings support “the notion that expanding EST to more sites might improve the outcomes of acute ischemic stroke cases nationwide,” Alkhouli and colleagues wrote.

They also showed there was neither an increase in the number of EST-capable sites nor in the proportion of patients treated onsite versus offsite over time, raising “some important questions: if the clinical benefit of expanding local access to EST is confirmed in further studies, is such an expansion feasible with the current infrastructure?”

“Hospitals exist where having an EST program for ischemic stroke makes sense, and yet becoming a comprehensive stroke center and providing treatment for the full spectrum of neurovascular disease (brain aneurysms, arteriovenous malformations, etc.) with a full complement of neurointerventionalists does not,” he wrote.

“To be clear, when a comprehensive stroke center is nearby, that is where the large vessel occlusion (LVO) patient should initially go,” he continued. “While tPA can work for LVO and should still be given to eligible patients, when one has to choose between tPA and any significant time delay to thrombectomy, the priority should be thrombectomy.”

As for how to address this issue, increases in EST training, mobile units, and using non-neurology or non-neurosurgery specialties with extensive catheter procedure experience have been proposed. A 2019 study of EST performed by cardiologists considered 70 consecutive patients — 10% transferred from off-site — and reported a mean door-to-vascular access time of 64 minutes with a recanalization (Thrombolysis in Cerebral Infarction flow grade 2b or 3) in 93% of patients, with 30-day mortality of 18%. Favorable 3-month clinical outcome (modified Rankin Scale score of 0 to 2) was seen in 61%.

“One glaring difference between the groups is that the off-site group was far more likely to receive tPA (38.9% vs 8.5%, P<0.001),” wrote Heck. “We are told this difference was among those accounted for in the propensity score matching analysis. As all of the transferred patients still had LVO and received EST on arrival, by definition tPA did not ’work’ in this subset of patients.”

Highly effective EST programs can be and have been developed using interventional radiologists or cardiologists, either alone or to support other neurointerventionalists, he pointed out.

“This requires a commitment of the physicians to the training, not just a weekend course,” he wrote. “Even as technological advances have on average made EST faster and easier, the brain is a very unforgiving place to work even for the experienced.”

Limitations of the analysis include lack of database information about stroke severity, timing of intervention, transfer times and modes, angiographic findings, EST techniques, and outcomes beyond death and discharge destination.

Heck reported being a consultant for Stryker.