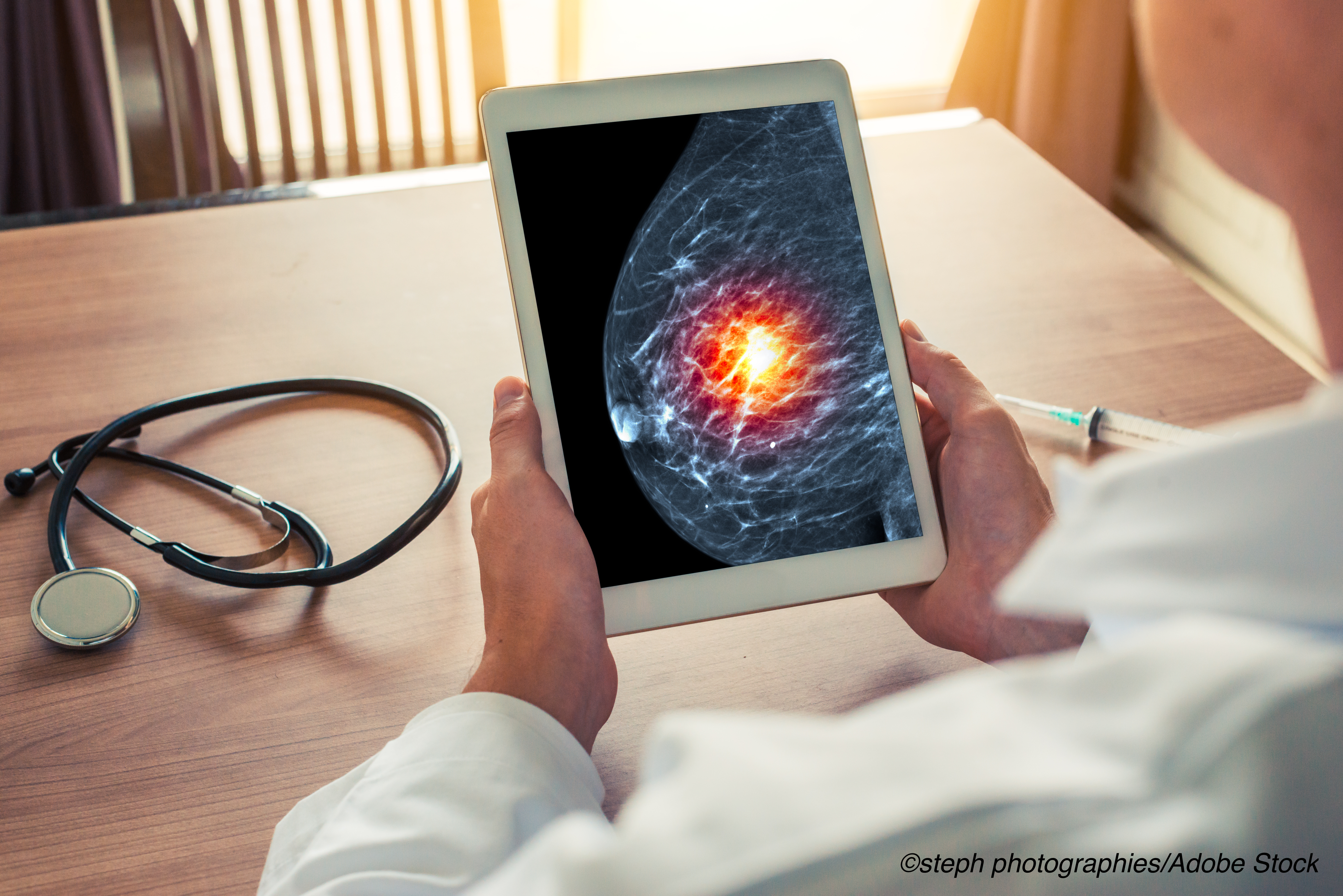 Immunotherapy with single-agent pembrolizumab did not significantly improve overall survival (OS) in previously treated patients with metastatic, triple-negative breast cancer compared with chemotherapy, although it was considerably less toxic than chemotherapy, the randomized, phase 3 KEYNOTE-119 study has shown.

In addition, pembrolizumab, a PD-1 inhibitor, was associated with less high-grade toxicity compared with chemotherapy.

“…[While p]embrolizumab monotherapy as second-line or third-line treatment for metastatic triple-negative breast cancer did not significantly improve overall survival compared with chemotherapy in the primary analysis populations… higher PD-L1-expression was associated with longer median overall survival in patients treated with pembrolizumab,” they added.

However, despite “disappointing” results, Amir and Cescon noted that the possible association between improved activity of pembrolizumab and increased PD-L1 tumor expression was an important finding.

“Given the desirable tolerability of a chemotherapy-free strategy, reappraisal of such a treatment approach and characterization of other determinants of benefit in appropriately selected patients in the first-line setting is warranted,” they added.

The KEYNOTE-119 trial involved a total of 620 participants from 150 medical centers in 31 countries — mean age on study enrolment was 52 years (IQR, 43-60 years) and over 99% of patients had been previously treated. Almost two-thirds of participants had a PD-L1 CPS or 1 or more, and almost one-third had a CPS of 10 or more.

Patients randomized to the PD-1 inhibitor arm received 200 mg of pembrolizumab intravenously every three weeks, while those randomized to chemotherapy received either capecitabine, eribulin, gemcitabine, or vinorelbine.

“By contrast to pembrolizumab, the effect of chemotherapy on overall survival appeared to be independent of tumor PD-L1 expression,” they added.

Both progression-free survival (PFS) and objective response rates were similar between the two treatment groups, as was median duration of response in the intent-to-treat population.

However, deaths due to AEs were the same — 3% in both treatment groups.

“[I]t appears that the highest benefit with pembrolizumab was observed in an unplanned subset of participants with strongly positive PD-L1-expressing tumors,” Winer and colleagues concluded. “…These findings might inform future research of pembrolizumab monotherapy for selected subpopulations of patients, specifically those with PD-L1-enriched tumors, and inform a combinatorial approach for the treatment of patients with metastatic triple-negative breast cancer.”

While Amir and Cescon agreed that these findings warrant further investigation, they also pointed out that the study has important limitations.

For example, platinum compounds were not permitted as a chemotherapy option in this particular study, despite the fact that 60% of patients in the KEYNOTE-119 study were receiving second-line treatment, a setting in which the use of platinum is supported.

“[I]t was expected that most participants would have had previous platinum exposure, but this was the case for fewer than half of participants in this trial,” they pointed out. “…Absence of exposure to platinum limits the generalizability of these results.”

The editorialists also noted that of the 1,098 patients screened for possible study inclusion, only 57% were randomized into the study, the others being excluded for reasons such as organ dysfunction or poor performance status.

“[This highlights] the challenges of doing trials in pretreated, metastatic triple-negative breast cancer,” they observed.

The study was funded by Merck Sharp & Dohme, a subsidiary of Merck.