Pembro for Gastric Cancers: High Microsatellite Instability May Be Key to Good Responses 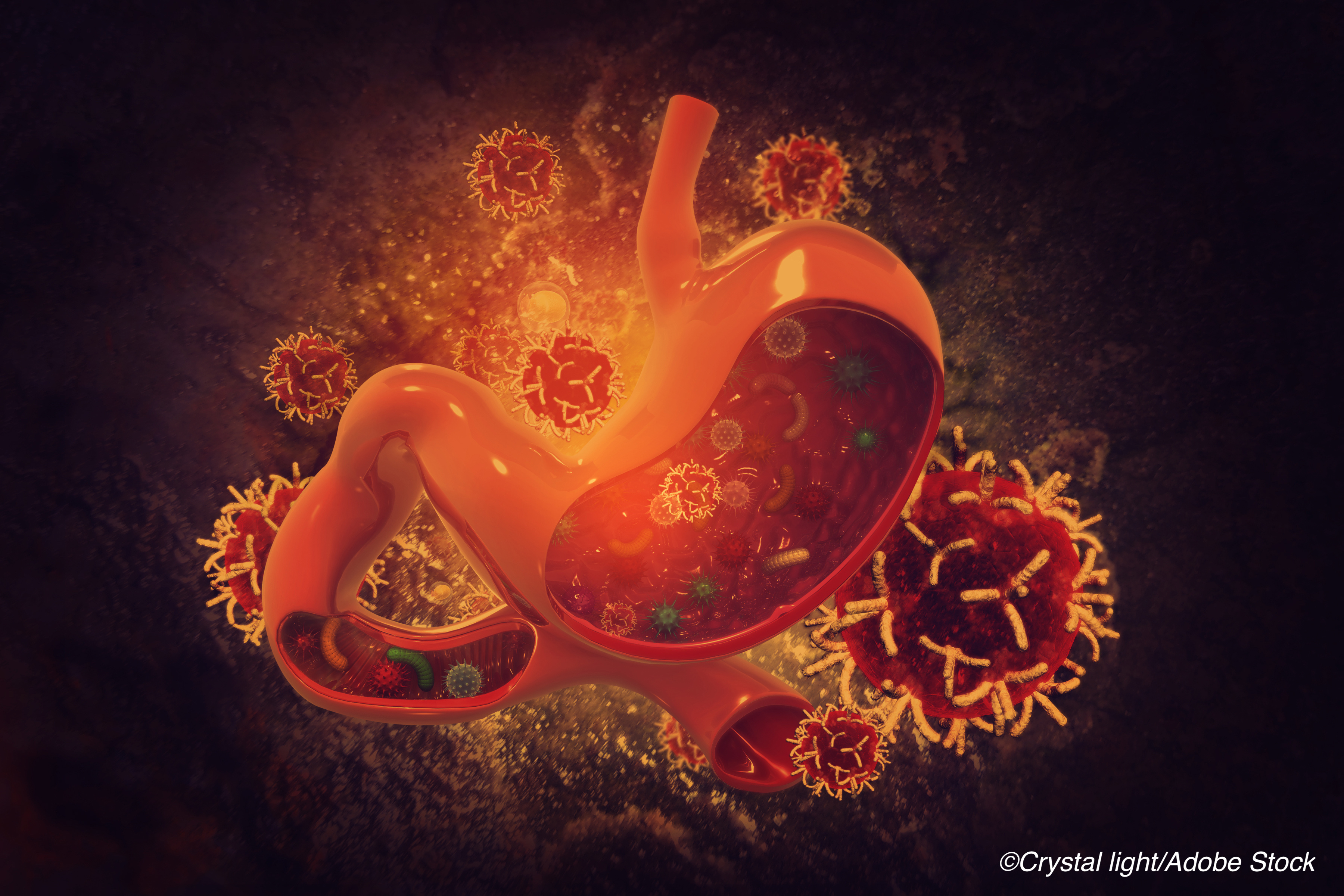 Among patients with gastric or gastroesophageal junction (GEJ) cancer, testing for microsatellite instability-high (MSI-H) status may effectively identify optimal candidates for treatment with pembrolizumab, according to a retrospective analysis of the KEYNOTE-059, KEYNOTE-061, and KEYNOTE-062 studies.

In these patients, pembrolizumab brought about “robust” overall response rates compared with the overall study population — 57% in KEYNOTE-059, 47% in KEYNOTE-061, and 57% alone and 65% in combination with chemotherapy in KEYNOTE-062.

Additionally, patients with high-MSI tumors had improved progression-free survival (PFS) as well as improved overall survival (OS) compared with other patients, and many achieved durable responses that lasted over two years, reported Joseph Chao, MD, of City of Hope in Duarte, California, and co-authors in JAMA Oncology.

The findings “may indeed be practice changing and support the benefit of pembrolizumab therapy in any line of treatment for patients with high-MSI gastric or gastroesophageal junction tumors,” Dotan’s group wrote in an editorial accompanying the study.

However, they also stressed that, “given recent data regarding the prognostic significance of MSI status with respect to chemotherapy use in the early-stage setting, we propose that universal reflex MSI and mismatch repair testing be conducted among all patients with gastric cancer, regardless of stage, which would be similar to standard practice for patients with colorectal and endometrial cancers.” That recent data include a 2019 meta-analysis of the MAGIC, CLASSIC, and ARTIST trials.

Between 5% and 20% of gastric/GEJ tumors have the MSI-H phenotype, which is generally linked with high tumor mutational burden and programmed cell death ligand 1 (PD-L1) expression, and the phenotype is “highly susceptible” to immunotherapy, Chao’s group explained.

They conducted a post hoc analysis of patients in the three trials with MSI-H tumors, which accounted for 4.0% to 7.3% of all patients. The authors pointed out that “MSI-H status was not available for all patients, which may have introduced selection bias,” and that was a study limitation.

For PFS and the objective response rate (ORR), the authors found the following:

They reported that for OS, the median was not reached in the pembrolizumab-containing arms in all three studies versus 8.1 months for chemotherapy in KEYNOTE-061 and 8.5 months in KEYNOTE-062, and wrote: “The worse OS outcomes observed in the first-line setting among patients with MSI-H gastric or gastroesophageal junction cancer who received chemotherapy are consistent with other case series suggesting that patients with MSI-H gastric cancer respond worse to chemotherapy alone.”

Chao’s group noted that the ongoing KEYNOTE-859 trial (estimated completion date September 2024) is looking at pembrolizumab plus chemotherapy as first-line treatment for advanced gastric/GEJ cancer and will include validation of efficacy in the MSI-H subgroup.

Dotan and co-authors also highlighted the DESTINY-GASTRIC-01 and FIGHT trials, which looked at trastuzumab deruxtecan and bemarituzumab, respectively, as laying the groundwork for a new approach to gastric cancer.

“For those with high-MSI tumors, a new pathway defined by early receipt of immunotherapy is being forged with the potential for durable and clinically meaningful benefits not achieved with traditional chemotherapy. With time, we hope that this pattern extends to more patients through improved identification of other clinically meaningful subgroups and development of beneficial targeted treatments,” they concluded.

The study was supported by Merck Sharp & Dohme/Merck. Some co-authors are company employees.