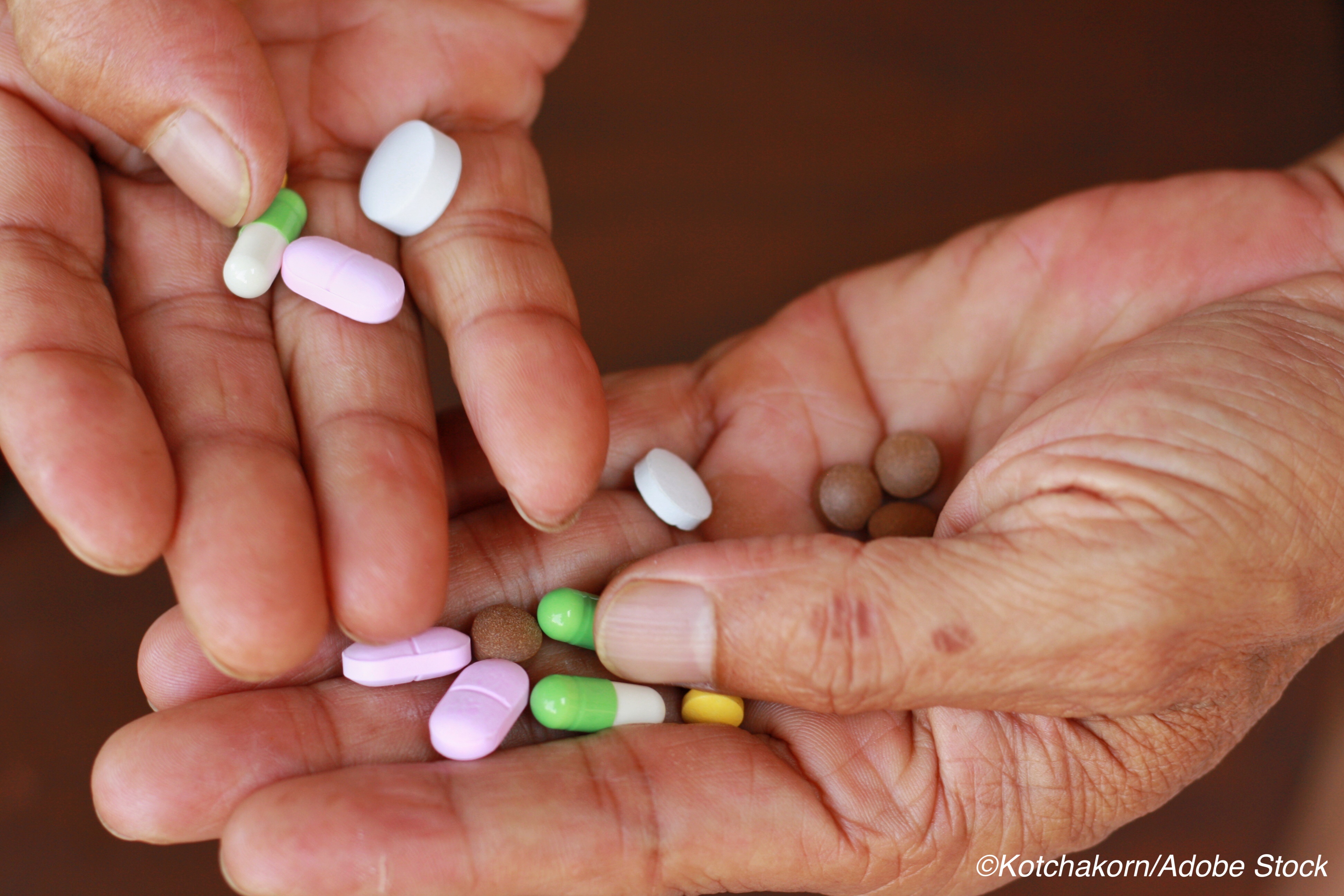 But not all polypharmacy is equivalent, editorialists maintain

Polypharmacy is common in older adults hospitalized for heart failure and has increased over the last decades, analysis of data from the ongoing prospective observational REGARDS study found.

“This study was conducted before the approval of angiotensin receptor-neprilysin inhibitors, ivabradine, and sodium-glucose cotransporter 2 inhibitors,” Goyal and colleagues wrote in Circulation: Heart Failure. “Consequently, the prevalence of polypharmacy and the contribution of heart failure medications to polypharmacy are likely even more substantial today than shown in this study.”

“Polypharmacy is common both at admission and hospital discharge, and its prevalence is rising over time,” they added. “There is a need to develop strategies that can mitigate the negative effects of polypharmacy among older adults with heart failure.”

“Not all polypharmacy is equivalent,” wrote Rachel Denny, DO, and Scott Hummel, MD, MS, both of the University of Michigan, in an accompanying editorial. “It is important to note that guideline-directed medical therapy for heart failure with reduced ejection fraction, while inherently contributing to polypharmacy, also improves outcomes in patients with heart failure with reduced ejection fraction including quality of life.”

“Closer collaboration among cardiology teams, geriatricians, and pharmacists is needed for the nuanced application of algorithms, especially when treatment guidelines conflict in patients with multiple comorbidities,” they added. “With these principles in mind, we can home in on ’the right polypharmacy’ for each patient with heart failure to achieve the outcomes that matter most to them.”

Polypharmacy — often considered in earlier research as taking 5 or more medications — has been linked with increased side effects and drug-drug interactions, medication non-adherence, frailty, falls, disability, cognitive decline, and increased risk of hospitalization and mortality. Admission and discharge with hospitalization are important in this context because medication errors and adverse drug events are common with transitions.

To study polypharmacy in the context of heart failure hospitalization, Goyal and colleagues analyzed data from REGARDS, an ongoing observational study of over 30,000 participants for stroke risk factors in adults 45 or older who were recruited between January 2003 and October 2007. Participants are assessed every six months. Goyal and colleagues included 558 older adults hospitalized for heart failure. Median age was 76, with 44% female and 34% Black.

“Although not among the top 5 most common heart failure medications, it was notable that mineralocorticoid receptor antagonists were prescribed to 38 (6.8%) patients on admission and 64 (11.5%) patients on discharge,” the authors noted.

The most commonly started medications were loop diuretics, beta-blockers, aspirin, and electrolyte supplements.

Those with polypharmacy had a higher median comorbidity count on both admission and discharge and higher prevalence of functional impairment upon admission. Regression analysis showed that each additional comorbid condition increased the relative risk of taking at least 10 medications at discharge by 13% (RR 1.13 per comorbid condition, 95% CI 1.08– 1.19).

“Interestingly, geriatric conditions including functional impairment, cognitive impairment, history of falls, and hypoalbuminemia were not independently associated with polypharmacy,” the authors noted.

The pattern of results was similar for heart failure with either preserved or reduced ejection fraction.

“Taken together, our findings support the need to develop strategies to mitigate the negative effects of polypharmacy among older adults with heart failure, potentially starting with formalized processes that can improve prescribing practices for noncardiovascular medications,” Goyal and coauthors stated.

“We agree with the authors’ call for formalized approaches to prescribing,” Denny and Hummel wrote. “Computerized decision aids may identify potentially inappropriate or harmful drugs in medically complex older adults, and suggest possibilities for deprescribing. We concur with the critical importance of focusing care around self-identified health priorities in older adults with heart failure.”

Limitations of the study include its observational design, which precludes establishing causal relationships.

This study received support from the National Heart, Lung, and Blood Institute and National Institute on Aging.

Goyal is supported by the National Institute on Aging and American Heart Association.

Denny and Hummel had no disclosures.

Detection of atrial fibrillation with implantable loop recorders in horses.

Anaemia is associated with severe RBC dysfunction and a reduced circulating NO pool: vascular and cardiac eNOS are crucial for the adaptation to anaemia.