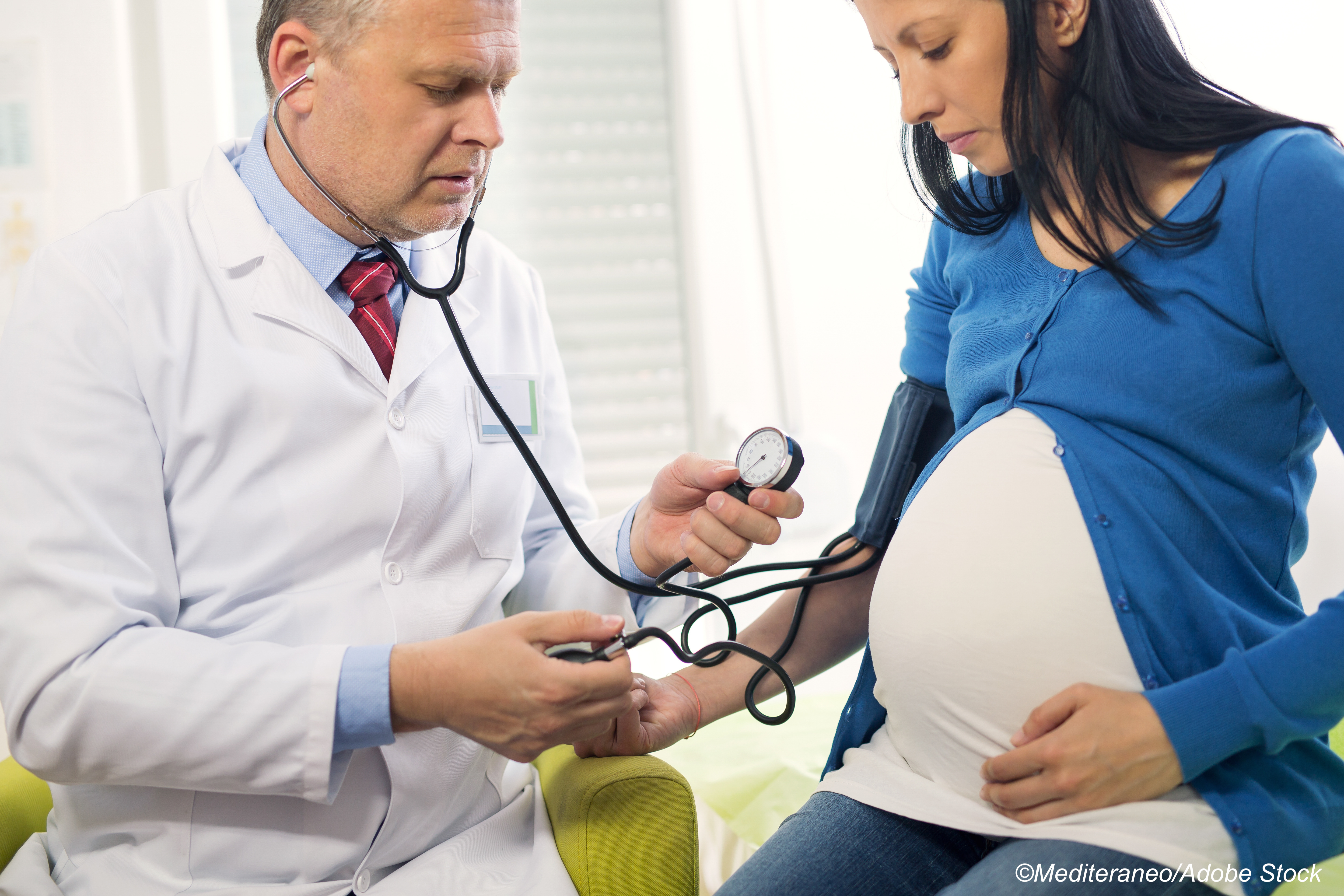 Using data from the New York and Florida state Healthcare Cost and Utilization Project State Inpatient Databases, Williams and colleagues identified women admitted for HF after discharge from an index delivery hospitalization and followed them from discharge to first primary outcome event of HFpEF hospitalization, death, or the end of the study. Secondary outcomes included time to hospitalization for any HF and HFrEF for women with versus women without preeclampsia/eclampsia.

But Williams and colleagues also found differences between the groups. Women with preeclampsia/eclampsia during the index delivery hospitalization were more likely to have chronic hypertension compared to those without preeclampsia/eclampsia (13.9% versus 2.1%, respectively), as well as diabetes (3.4% versus 0.8%) and gestational diabetes (10.3% versus 5.8%).

Researchers also found that women with preeclampsia/eclampsia were more likely to be 40 years old or older compared to women without (5.6% versus 3.7%, respectively) and Black (27.9% versus 18.1%), and more likely to have Medicaid and live in an area with a median household income less than the 25th percentile.

In all, 603 women were subsequently hospitalized for HFpEF. After adjustments for baseline hypertension and other variables, hospitalization for HFpEF was significantly more likely in women with preeclampsia/eclampsia (adjusted HR [aHR]: 2.09; 95% CI: 1.80-2.44). Median age at onset of HFpEF was 34.0 years, and median time to onset of HFpEF was 32.2 months.

In all, 1,072 women were subsequently hospitalized with HFrEF, with a median time to onset of 31.5 months and median age at diagnosis of 33.4 years. The presence of preeclampsia/eclampsia during index hospitalization was associated with an increased risk for 90-day HFrEF (aHR: 21.3; 95% CI: 2.08-2.18), and of late HFrEF (aHR: 1.92; 95% CI: 1.76-2.10). Other risk factors for 90-day HFrEF included older age, Black race, chronic hypertension, diabetes, and cesarean delivery; for late HFrEF, major risk factors included Black race, diabetes, chronic hypertension, and markers or poverty.

A total of 3,995 women developed HF of any type, with those having preeclampsia/eclampsia at an increased risk of both 90-day and late HF, with a median time to HF hospitalization of 20.8 months and median age at diagnosis of 33 years. Researchers also found a greater than two-fold higher risk of HF in the first 90 days after delivery in women with preeclampsia/eclampsia compared with those without (aHR: 2.65; 95% CI: 2.61-2.70). Short-term HF was associated with increased age, Black race, chronic hypertension, diabetes, cesarean delivery, Medicaid insurance, and rural residence.

When they compared women with HFpEF to those with HFrEF, Williams et al found no significant differences in age, race, type of insurance, or residential location. They did find, however, that women who developed HFpEF were more likely to have chronic hypertension compared with those with HFrEF (24.9% versus 20.0%, respectively; P=0.02) and diabetes (14.4% versus 8.5%; P˂0.001).

“Williams et al are to be congratulated for filling a key gap in the evidence regarding preeclampsia and associated HFpEF risk. Their important work highlights the need for future efforts to elucidate longer-term HF risks and trajectories, clarify disease mechanisms, identify novel therapeutic targets and preventive strategies, and create innovative mechanisms for effective care delivery toward cardiometabolic health” he wrote.

Honigberg also stressed the relevance of these findings in the larger backdrop of HFpEF overall.

“Because of the young age of the cohort studied, HFpEF incidence was expectedly low, although it may have been underestimated because of the proportion of unspecified HF diagnoses and reliance on inpatient codes, as the authors note. As HFpEF is traditionally considered a condition of the elderly, detection of HFpEF in reproductive-aged women is a striking finding. Whether excess HFpEF risk persists in women with preeclampsia into later life, as HFpEF risk increases with age in the population overall, is a critically important question for future research,” he wrote.

“In the meantime, how should clinicians and health systems incorporate these data in practice? Preeclampsia and other related APOs represent an opportunity for early implementation of primordial and primary prevention. Societies advise that women with preeclampsia undergo comprehensive cardiovascular risk factor assessment within 6-12 weeks postpartum and transition care to a primary care clinician for continued risk factor management. Nearly one-half of women with HDPs, however, do not see a longitudinal clinician within 6 months postpartum,” Honigberg added.

“Promising strategies for engaging high-risk women in care include postpartum transitional clinics, incorporation of telehealth and remote monitoring, and outreach to overcome cultural and language barriers,” he concluded.

Study limitations include the possibilities of coding errors due to the use of ICD-9-CM diagnoses codes to identify HF hospitalizations and non-inclusion of HFpEF until October 2013, lack of outpatient data, and the need for longer follow-up.

Williams and Honigberg reported no disclosures.