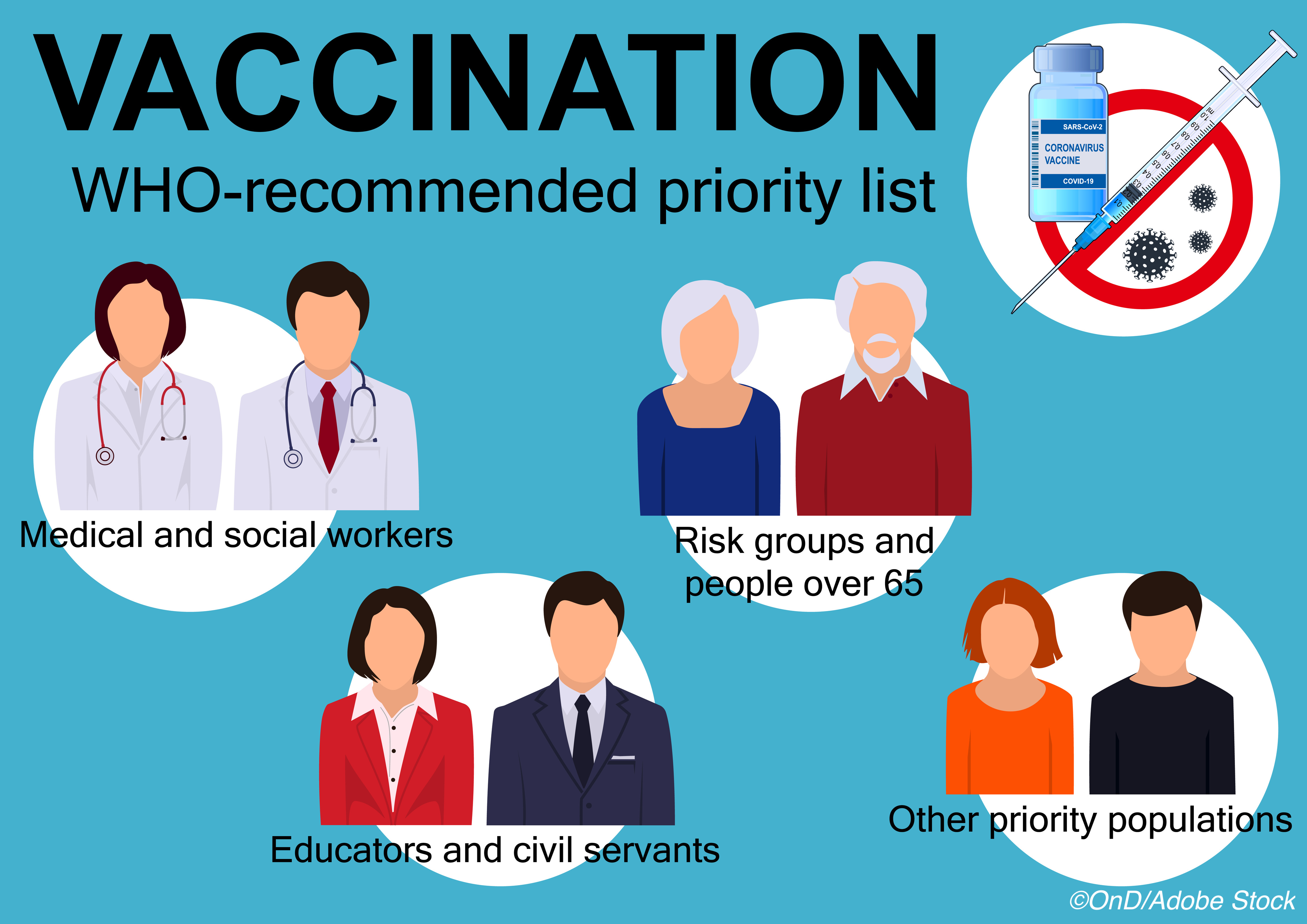 Prioritizing Covid-19 vaccinations based on predictors of mortality from the disease was estimated to prevent significantly more deaths than vaccinating based on age alone during vaccine roll out in a modeling study based on data from more than 7.6 million U.S. veterans.

The logistic regression COVIDVax model, which calculates risk based on 10 predictors of death from Covid-19, demonstrated high sensitivity for SARS-CoV-2-related mortality.

Assuming a vaccine efficacy of 90%, use of the risk prediction model was estimated to prevent roughly 63% of deaths predicted to occur at 50% vaccination of the population.

“Our findings suggest that health care systems, such as the VA, that have the capability to do so should consider implementing our model, and the CDC-ACIP should consider modification or sub-stratification of their proposed allocation phases to better capture the risk of SARS-CoV-2-related mortality,” wrote researcher George Ioannou, of the VA Puget Sound Healthcare System, and colleagues.

The prognostic study included data in all adults enrolled in the VA health care system as of May 21, 2020 (n=7.63 million) used to develop and internally validate a logistic regression model (COVIDVax) to predict Covid-19 related deaths (n=2,422) during the observation period from May 21 to November 2, 2020.

The model used baseline characteristics known to be associated with death from Covid-19 extracted from the VA electronic health records. The electronic health record data streams were imported on a data integration platform designed to demonstrate that the model could be executed in real time to assign risk scores to all current VA enrollees.

During the 165-day follow-up period, there were 2,422 Covid-19 -related deaths among the cohort (mortality 1.92 deaths per 1 million participants per day).

Study limitations included the underestimate of overall vaccination benefit in the calculations due to the lack of accounting for the beneficial consequences of lower transmission to unvaccinated people.

“It is hard to measure and model an individual’s risk of transmitting SARS-CoV-2, but we assume that the impacts of the different risk-based allocation strategies on transmission are broadly similar given that none are aimed specifically at reducing transmission,” the researchers wrote.

In a commentary published with the study, Carlos del Rio, MD, of Emory University School of Medicine, Atlanta, and Saad Omer, MBBS, MPH, PhD, of Yale Institute for Global Health, New Haven, Connecticut, wrote that another potential limitation of the COVIDVax tool, as well as similar data-driven tools, is that they rely on “robust and complete data sources.”

“Nevertheless, increasing the effect of each dose on mortality prevention, even if it is limited to organizations such as the VA, could be worth it,” they wrote.

“Vaccine prioritization in a public health emergency is always difficult, and scaling up rapid vaccination is hard, but it is even harder if the desire is to do it with equity,” they wrote, adding that among 23 states that have released data on vaccination distribution by race/ethnicity, Whites are being vaccinated at substantially higher rates than Blacks.

“Thus, it becomes critically important that whatever model we use for Covid-19 vaccination is closely monitored and, if the results are not what is desired, that course corrections be made to avoid the risk of increasing disparities with vaccination,” they concluded.

Resarcher Ann O’Hare reported receiving travel and honoraria from Chugai Pharmaceuticals, the Japanese Society ofDialysis Therapy, and others outside the submitted work. Commentary writer Omer reported being a member of the National Academy of Sciences, Engineering, and Medicine committee responsible for the report “Framework for Equitable Allocation of Covid-19 Vaccine.”