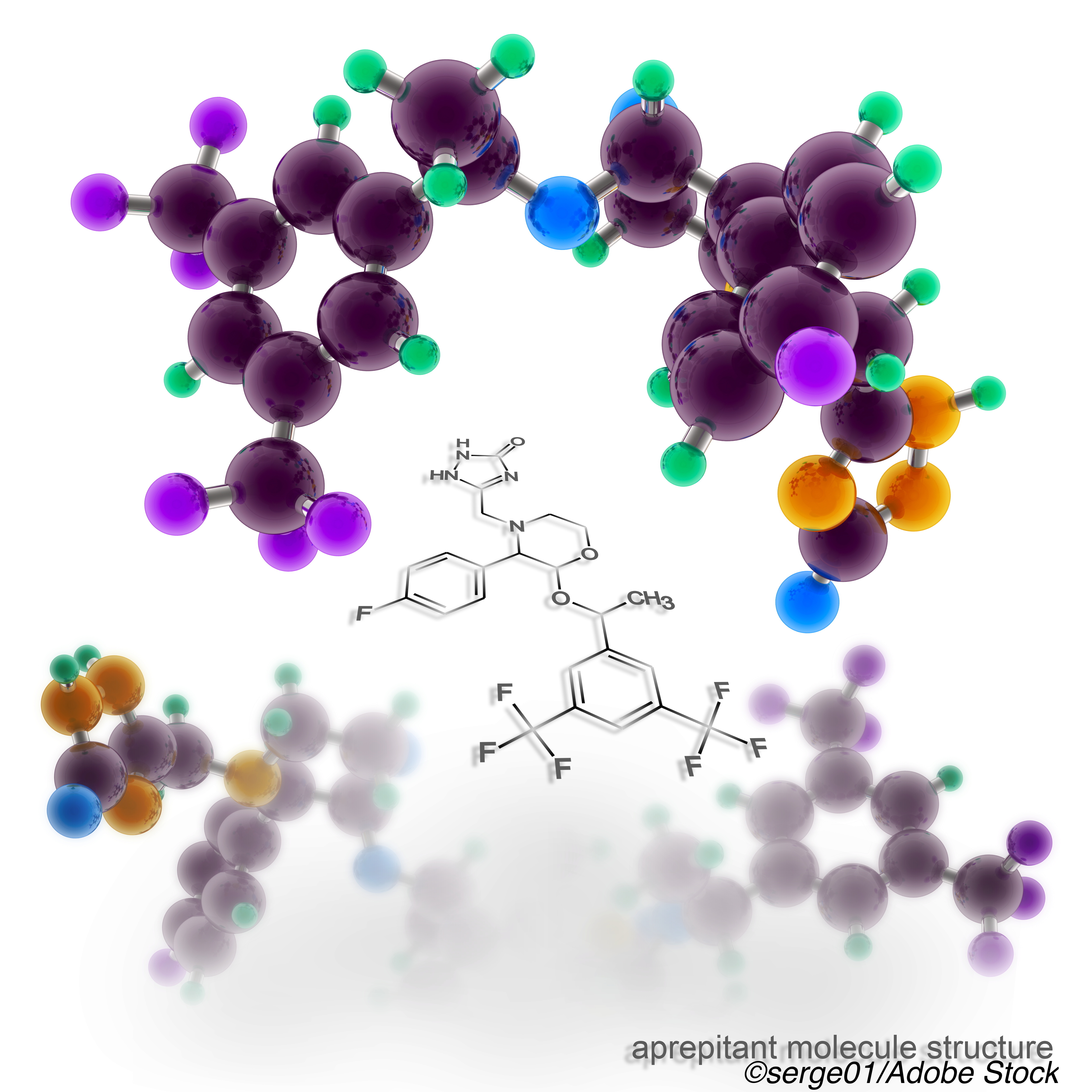 The addition of aprepitant to treatment with palonosetron and dexamethasone significantly decreased chemotherapy-associated nausea and vomiting (CINV) in young women with gastrointestinal cancer treated with FOLFOX or FOLFIRI chemotherapy, and was well tolerated, according to a phase III, double-blind, placebo-controlled, randomized clinical trial published in JAMA Network Open.

Importantly, these patients were all age 50 years and younger and reported little or no alcohol use.

“Previous studies have shown that the vomiting incidence in patients who received FOLFOX or FOLFIRI as first-line therapy was more than 40% for both chemotherapeutic treatments. In addition to chemotherapy regimens, CINV has been associated with patient-related risk factors, such as female sex and young age. The incidence of vomiting in these patients has been shown to be high even though they received a standard 2-drug antiemetic regimen consisting of dexamethasone and palonosetron, a highly effective 5-hydroxytryptamine-3 (5-HT3) receptor antagonist (RA),” according to De-Shen Wang, MD, of Sun Yat-sen University Cancer Center, Sun Yat-sen University, Guangzhou, People’s Republic of China, and colleagues.

Aprepitant is a neurokinin-1 (NK-1) RA, which selectively blocks substance P binding at the NK-1 receptor. Previous studies have shown that it effectively controls both acute and delayed CINV, but its use in patients treated with moderately emetogenic chemotherapy remains controversial.

Complete response (CR) rate was the primary end point, which Wang et al defined as the proportion of patients without episodes of emesis or rescue medication use during the first cycle of treatment.

During the overall phase of treatment, the CR rate was significantly higher in patients who received FOLFOX and aprepitant versus placebo (89.8% versus 66.3%, respectively; P˂0.001). Among patients treated with FOLFIRI, the CR rate during the overall phase was not significantly higher in those treated with aprepitant vs placebo (76.0% versus 68.0%, respectively; P=0.53).

Wang and colleagues also found that more patients treated with aprepitant reported that CINV had a less negative effect on their daily lives within the five-day measurement period, and they had significantly higher quality of life (87.05 versus 66.7%, respectively; P˂0.001), as well as significantly better nausea domain scores (82.1% versus 63.3%; P=0.001; 18.8-percentage point difference), and vomiting domain scores (91.1% versus 68.3%; P˂0.001; 22.8-percentage point difference).

Upon multivariable analysis, researchers found that the only independent factor associated with CR during the overall phase of the study was treatment with aprepitant (OR: 3.42; 95% CI: 1.77-6.61; P˂0.001).

Limitations of the study included the limited evaluation of CINV prevention during the first course of chemotherapy, antiemetic effects in patients receiving FOLFIRI were not significantly better due to the small number of patients included, and the inclusion of only women younger than 50 years who drank no or little alcohol.

This study was supported, in part, through grants from the National Natural Science Foundation of China.