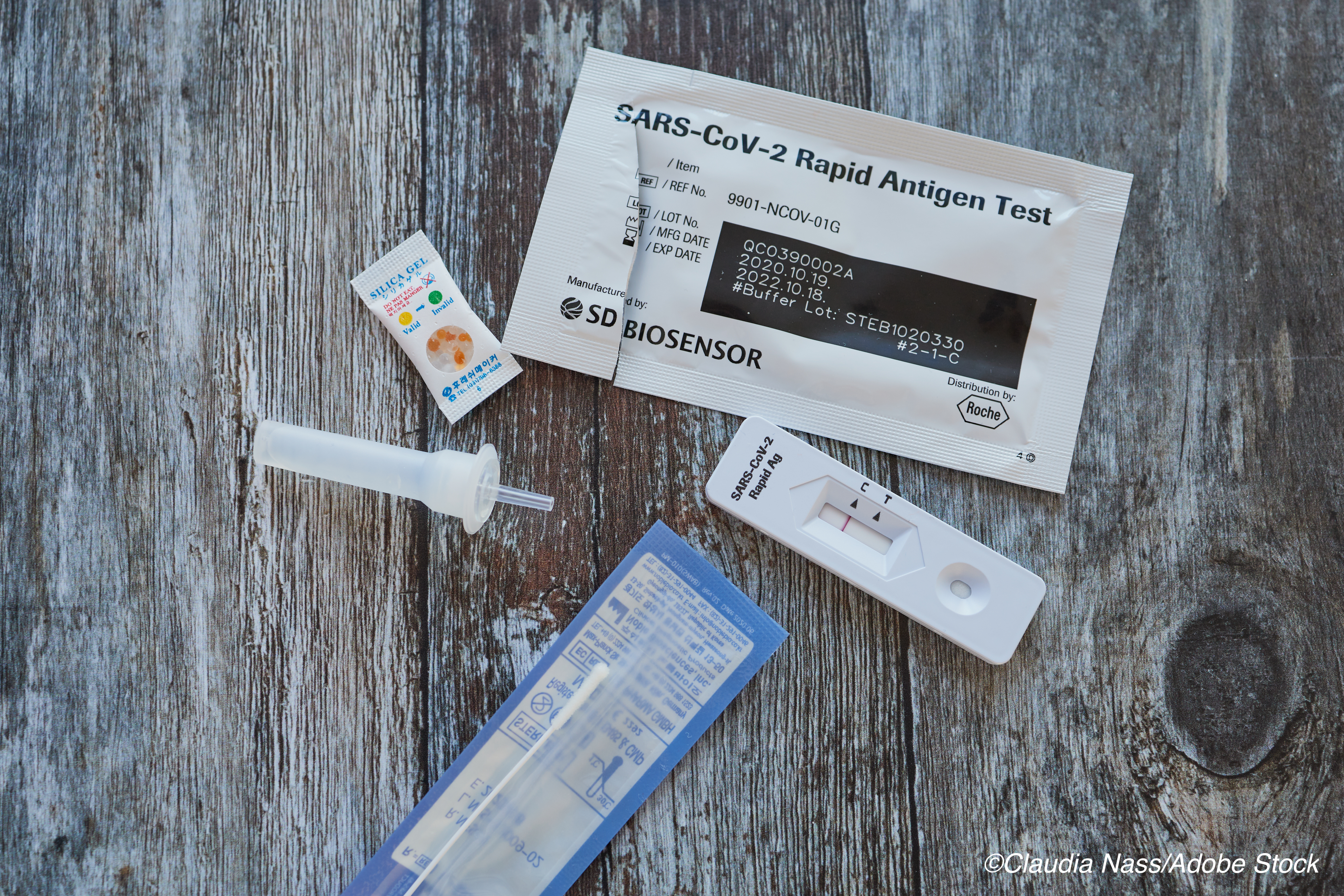 In real-world evaluation during a Covid-19 nursing home outbreak, serial SARS-CoV-2 rapid antigen testing was found to be highly effective for identifying early in infection, when viral spread is most common, with poorer performance reported late in infection.

In the CDC’s analysis of a protocol involving three rounds of testing using the BinaxNOW rapid antigen test during a Covid-19 outbreak at a single nursing home, the test performed well for identifying early infection, with 86% agreement with reverse transcription polymerase chain reaction (RT-PCR) and a 95% agreement with virus culture.

Late in infection, the agreement with RT-PCR fell to 51%, and the rapid testing recovered no virus.

The findings, published online April 26 in Annals of Internal Medicine, suggest that rapid antigen testing may be a useful tool for identifying people who are most likely to spread the virus even before they become symptomatic during nascent outbreaks in congregate settings like nursing homes, wrote researcher Susannah McKay, PhD, of the CDC, and colleagues.

“Although our data suggest that nearly a third of RT-PCR-positive infections were missed overall, the antigen test was able to identify 86% of infections when testing was done during early infection when people are more likely to be infectious,” they wrote.

It is now well documented that people with Covid-19 can continue to test positive for SARS-CoV-2 infection with RT-PCR for several weeks after they are no longer spreading the virus.

“Thus, comparisons of antigen testing with virus culture might provide a more accurate measure of antigen test performance for identifying infectious people,” they wrote. “In this evaluation, percentage of positive agreement was very high (95%) among participants who had replication-competent virus in their specimen, suggesting that rapid antigen tests might be more useful for detection people who are infectious.”

The serial testing was conducted between Oct. 22 and Nov. 3, 2020 at a 149-bed nursing home in Georgia following identification of a single Covid-19 case among a resident using the BinaxNOW rapid antigen test.

The testing was performed three times over a 13-day period on all available and assenting residents and staff present on days of testing, including people identified as SARS-CoV-2 positive before the 13-day testing period began. A total of 532 paired specimens were collected from 234 available residents and staffers.

Eight false positives occurred during the testing period (PNA, 98%), which the researchers noted was similar to rates reported in the FDA’s emergency use agreement for the rapid antigen test. All eight of the specimens were collected from people with previous positive SARS-CoV-2 results.

This finding suggests that “these false positives had some association with true infection and were not solely attributable to user error,” the researchers noted.

They added that antigen test performance with regard to asymptomatic infections might have been overestimated “because of challenges in symptom ascertainment that led to misclassification of symptomatic people as asymptomatic.”

“Taken together, these data suggest that serial antigen testing early and often could be an effective strategy to support infection control in nursing homes having a SARS -CoV-2 outbreak,” McKay and colleagues wrote. “These findings merit further evaluation in other congregate settings, such as university campuses, hospitals and detention centers.”

In commentary published with the study, Jennifer Nuzzo, DrPh, of Johns Hopkins Center for Health Security and Gigi Kwik Gronvall, PhD, of Johns Hopkins Bloomberg School of Public Health, both in Baltimore, wrote that the CDC investigation provides needed information about the real-world efficacy of rapid testing in nursing homes.

“Although rapid tests have been widely distributed to nursing homes, the performance of these tools in this setting has not been demonstrated, and challenges in their implementation have been reported,” they wrote.

Nuzzo and Gronvall noted that following U.S. Health and Human Services (HHS) distribution of rapid tests to nursing homes last July, several states blocked their use due to concerns about false-positive findings.

In addition, current CDC guidance states that rapid testing results should be considered “presumptive,” and that nucleic acid tests might been needed in certain cases in clinical practice.

“A better understanding of the performance characteristics of antigen tests in real-world settings is essential to facilitate their use,” Nuzzo and Gronvall wrote. “These data answer questions about the reliability of these tests in symptomatic and asymptomatic people and underscore the value of these tests as screening tools to identify contagious people. The data can inform the development of protocols for interpreting test results and for isolating patients.”

The study was conducted by the CDC Infection Prevention and Control eam and the CDC Covid-19 Surge Laboratory Group. No outside funding sources were identified.