Reducing Triglyceride Levels in Patients at Risk for CVD

Almost one-third of adults in the United States have elevated triglyceride levels (>150 mg/dL), and these levels are continuing to rise in adults aged 20 to 49 at rates that mirror those of obesity and diabetes diagnoses among the young. Observational and epidemiologic studies have demonstrated that high triglycerides (200-500 mg/dL) are associated with increased risk of cardiovascular disease (CVD), with the highest levels (≥1,000 mg/dL) associated with an increased risk of pancreatitis. “High triglyceride levels indicate that patients have high levels of circulating cholesterol-rich remnants,” explains Michael Miller, MD. “Cholesterol-rich remnants are highly atherogenic.”

Dr. Miller chaired an American Heart Association (AHA) writing committee that published a scientific statement on triglycerides and CVD in the April 18, 2011 issue of Circulation. “There has been little consensus in the literature about the role of triglycerides in coronary disease,” he says. “There has been no detailed statement on triglycerides that has systematically reviewed both the pathophysiologic and clinical trial evidence to date. For this reason, the AHA felt it was necessary to educate healthcare providers about the importance of triglycerides as a biomarker of cardiovascular risk.” He adds that the 2011 AHA position statement analyzed more than 500 international studies from the past 30 years.

Dr. Miller says it is well known that dietary and other lifestyle interventions can help patients lose weight and have a strong effect on triglyceride levels. “These improvements also translate into salutary effects on systolic blood pressure and glucose, reduced insulin resistance, and systemic inflammation, thereby resulting in an improved metabolic profile.” According to the guidelines, substituting unsaturated dietary fats for saturated fats, engaging in physical activity, and losing excess weight could decrease triglycerides by 30% to 50% (see also, Establishing Clear Criteria for Metabolic Syndrome).

The AHA provides an algorithm to help practitioners manage elevated triglycerides (Figure 1). For those with triglycerides outside the normal range, they recommend specific dietary and exercise changes that are outlined in the algorithm. Exercise is particularly important, Dr. Miller notes. “People with triglyceride levels of 150 mg/dL or higher should aim to exercise at a capacity that is 65% to 75% of their age-predicted heart rate for 30 minutes daily. You get more bang for your buck if patients perform aerobic-based activities as opposed to less-intensive activities.” Activities like brisk walking may contribute an additional 20% to 30% decrease in triglycerides above dietary changes.

A therapeutic target for triglycerides is reserved for individuals with levels of 500 mg/dL or higher, consistent with current Adult Treatment Panel III guidelines. The basis for pharmacologic consideration is due to the increased risk of pancreatitis, especially at levels at or exceeding 1,000 mg/dL. It remains to be determined whether lowering triglycerides in patients with mixed dyslipidemia translates into reduced cardiovascular events above and beyond lowering LDL cholesterol (see also, Calculating Risk for CVD). That said, the agents with the strongest triglyceride-lowering effects in the literature have been fibrates, followed by niacin and omega-3 fatty acids (Figure 2).

In some cases, high triglycerides may result from genetic abnormalities, says Dr. Miller. “Triglyceride levels that exceed 500 mg/dL in childhood— in the absence of a metabolic disorder or use of certain medications—should prompt a detailed family history of elevated triglycerides and pancreatitis as well as consideration for genetic evaluation. Ultimately, if enough attention is paid to lifestyle changes—dieting and exercising regularly—and considering and treating external metabolic factors, then clinicians can do a good job of preventing potential cases of hypertriglyceridemia- induced pancreatitis. The key is for clinicians to be vigilant and use the AHA guidelines as a resource to further their understanding about the role of triglycerides in CVD risk assessment.” 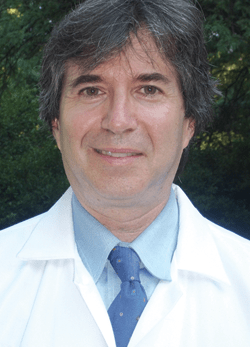 Michael Miller, MD, has indicated to Physician’s Weekly that he has or has had no financial interests to report.