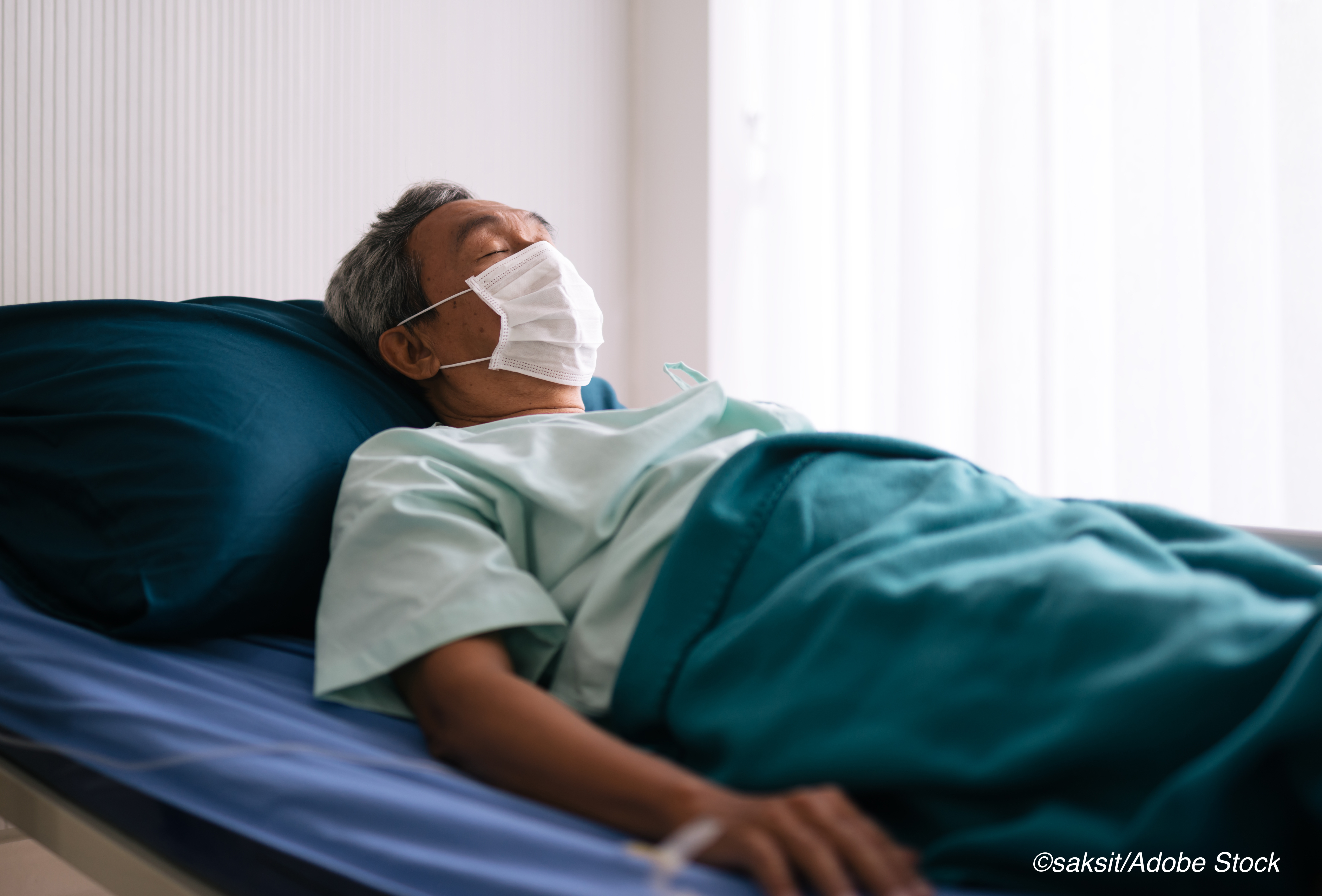 Real-world data did not match up to clinical data

U.S. veterans treated with remdesivir during hospitalization for Covid-19 had longer hospital stays than veterans hospitalized for Covid-19 who did not receive the antiviral treatment, researchers reported.

The real-world data on close to 5,900 Covid-19 patients admitted to 123 VA hospitals showed no improvement in survival in patients treated with the antiviral. In addition, remdesivir-treated patients had median hospital stays that were twice as long as matched controls who did not receive the drug (6 vs 3 days).

The finding of a longer time to hospital discharge in remdesivir-treated patients “represents a potential unintended and undesirable consequence of remdesivir adoption in practice,” wrote researcher Michael Ohl, MD, of the University of Iowa Carver College of Medicine and the Iowa City Veterans Affairs (VA) Health Care System, and colleagues.

Remdesivir received emergency use authorization (EUA) for the treatment of Covid-19 in May of 2020, with full FDA approval granted in October. The approval was largely based on findings from the ACTT-1 trial, which showed the antiviral to shorten the time to recovery from a median of 15 days to 10 days in patients hospitalized with Covid-19.

Writing in JAMA Network Open, Ohl and colleagues noted that if remdesivir use did actually shorten the time to recovery, as the ACTT-1 findings indicated, hospital stays would likely be shorter with more beds available during Covid-19 surges.

“As other researchers have noted, the ACTT-1 excluded patients who were expected to be discharged within 72 hours, thus, it was difficult to extrapolate ACTT-1 study findings to length of hospital stay among patients treated with remdesivir in routine practice,” they wrote, adding that the “current study suggests that remdesivir treatment was associated with an increased time to hospital discharge as it was administered in routine clinical settings.”

The researchers hypothesized that complications of remdesivir treatment, such as kidney injury, could explain the observed finding of longer hospital stays.

“It is also possible that clinicians were not discharging patients who otherwise met the criteria for hospital discharge until the remdesivir course was completed,” they wrote. The recommended treatment course for the intravenously administered drug is 5 to 10 days, depending on the severity of illness.

While treatment guidelines recommend against keeping patients hospitalized just to complete the course of remdesivir treatment, Ohl and colleagues wrote that there is anecdotal evidence that this may be occurring.

In an accompanying commentary, Gio Baracco, MD, of the Miami VA Healthcare System, noted that while the protocol of the ACTT-1 trial called for remdesivir infusions to be stopped early in patients deemed ready for discharge, “this detail was not adequately translated to the clinicians treating these patients.”

The study was conducted during the months after EUA status was granted by the FDA, but before remdesivir won full FDA approval. Baracco wrote that the FDA’s EUA fact sheet for health care practitioners, as well as VA directives, recommended a 5 to 10 day course of treatment, but the directives did not include language about early treatment termination in patients who had recovered.

“Additionally, VA facilities were sent 10-day courses of therapy for each of their patients who met the criteria,” Baracco added.

“The real-life application of a drug promising to hasten discharge from the hospital as its primary beneficial outcome must include an assessment of how easy it is to do so and make it clear that once a patient reaches that point, they can discontinue the drug,” Baracco wrote. “The paradoxical findings in the study by Ohl et al. compared with the study used for its authorization illustrate this point very clearly.”

After propensity score matching, the analysis included 1,172 remdesivir recipients and 1,172 controls. Remdesivir recipients and matched controls were similar with regard to age, sex, dexamethasone use (47.7% vs 47.7%), ICU admission (20.7% vs 19.1%), and mechanical ventilation use (5.9% vs 3.8%). Standardized differences were less than 10% for all measures.

A study limitation was the possibility of residual confounding. In addition, remdesivir recipients matched to controls had a lower propensity for remdesivir treatment and less severe illness compared with unmatched remdesivir recipients. Since the most severely ill patients were likely to receive the antiviral treatment, they were underrepresented among the controls.

The researchers concluded that the study findings should not be extrapolated to patients who do not resemble those in the propensity score-matched cohort and cannot be generalized to women, who made up a very small percentage of the VA study participants.

Ohl reported receiving grants from Veterans Affairs Health Services Research and Development during the conduct of the study and consulting for Gilead Pharmaceuticals outside the submitted work.