Rheumatoid Arthritis: When DMARDs Fail, Can JAK Inhibitors Step In? 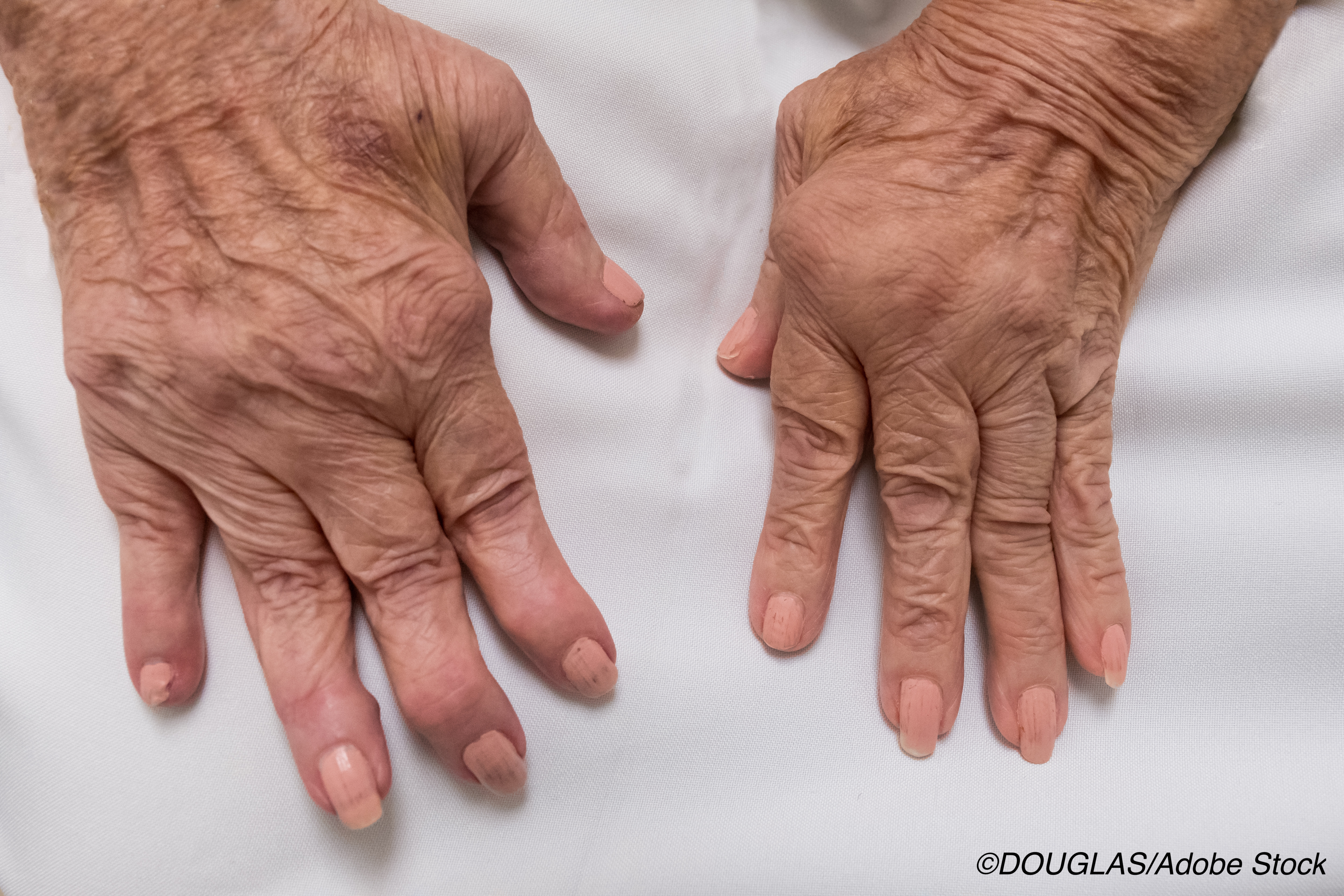 Studies showed that upadacitinib led to remission in roughly 30% of RA patients, regardless of previous treatment failures with synthetic or biologic DMARDs, Andrea Rubbert-Roth, MD, of the division of rheumatology at Cantonal Clinic St. Gallen in St. Gallen, Switzerland, and colleagues explained in The New England Journal of Medicine. Meanwhile, the T-cell costimulation modulator abatacept has proved its efficacy and safety in phase III trials involving patients with active RA with an inadequate response to methotrexate or other biologic DMARDs.

For the phase III, double-blind SELECT-CHOICE trial, Rubbert-Roth and colleagues pitted upadacitinib against abatacept — each in combination with stable background conventional synthetic DMARDs — in a cohort of RA patients who had an inadequate response to previous biologic DMARDs.

“Upadacitinib, when administered with stable conventional DMARDs, was superior to abatacept in the mean change from baseline in the [Disease Activity Score for 28 joints based on the C-reactive protein level] DAS28-CRP at week 12 (−2.52 vs −2.00), with a difference of −0.52 points (95% CI, −0.69 to −0.35),” they found. “Upadacitinib was also superior with regard to the percentage of patients having remission according to a DAS28-CRP of less than 2.6 at week 12.”

However, patients in the upadacitinib group experienced a higher rate of serious adverse events, including two venous thromboembolic events, one nonfatal stroke, and one treatment-emergent death, along with elevated hepatic aminotransferase levels, they added.

“By showing the superiority of upadacitinib over abatacept in difficult-to-treat patients with rheumatoid arthritis who had had an inadequate response to a biologic DMARD, Rubbert-Roth et al position JAK inhibitors in a treatment algorithm and help push JAK inhibitors to the forefront of treatment for rheumatoid arthritis,” Tore K. Kvien, MD, PhD, and Guro L. Goll, MD, PhD, both of the department of rheumatology at Diakonhjemmet Hospital in Oslo, Norway, wrote in an editorial accompanying the study. “In order to compete in the crowded field of targeted treatments for rheumatoid arthritis, JAK inhibitors not only have to prove that they are efficacious and safe — they also need to be less expensive than or clinically superior to biologic DMARDs.”

For their 24-week, phase III, double-blind, controlled trial, Rubbert-Roth and colleagues recruited 613 patients ages 18 years or older with a diagnosis of rheumatoid arthritis for at least 3 months — patients had moderate-to-severe active disease despite treatment for at least 3 months with at least one biologic DMARD or had had unacceptable side effects from at least one biologic DMARD. Patients were required to have received conventional synthetic DMARDs for at least 3 months and taken a stable dose of up to two conventional synthetic DMARDs for at least 4 weeks prior to randomization — patients were excluded if they had previously been exposed to a JAK inhibitor or abatacept, or if they had a history of inflammatory joint disease other than RA.

The primary endpoint was change from baseline in composite DAS28-CRP scores (range, 0 to 9.4, with higher scores indicating more disease activity) at week 12, assessed for non-inferiority; Secondary endpoints at week 12 were superiority of upadacitinib in change from baseline in DAS28-CRP score and the percentage of patients having clinical remission according to a DAS28-CRP of less than 2.6.

However, over the 24-week trial period, “the incidences of serious adverse events, adverse events leading to discontinuation of the trial drug, and severe adverse events were numerically higher with upadacitinib than with abatacept,” they added.

In their editorial, Kvien and Goll noted the study authors’ choice to use abatacept as the comparator for upadacitinib rather than a more widely used TNF-α–blocking agent as a potential limitation, as well as the choice to use intravenous abatacept rather than the more commonly used subcutaneous formulation, though they added that, “on the basis of previous work, it is likely that the results of the current trial can be extrapolated from intravenous to subcutaneous abatacept.”

The real question, they noted, is whether the benefits of upadacitinib outweigh the risks.

“Our understanding of JAK inhibitors, particularly regarding the risk of thromboembolic events, is evolving,” they wrote. “A 24-week trial may be too short to detect meaningful long-term efficacy and safety. By 24 weeks in the current trial, there were more serious adverse events in the upadacitinib group than in the abatacept group. Rheumatologists will be looking hard at future data to assess whether improved treatment outcomes justify an increased risk of adverse events. This requires data from a longer-term trial and the use of robust outcome measures independent of the CRP level and the erythrocyte sedimentation rate.”

The study authors reached the same conclusion, noting that “additional data from longer and larger trials are needed to better understand long-term outcomes and safety of upadacitinib as compared with other drugs for the treatment of rheumatoid arthritis.”

The trial was supported by AbbVie. The relationship between disease severity and defense mechanisms in fibromyalgia syndrome.

Effect of High-Dose vs Standard-Dose Vitamin D Supplementation in Pregnancy on Bone Mineralization in Offspring Until Age 6 Years: A Prespecified Secondary Analysis of a Double-Blinded, Randomized Clinical Trial.