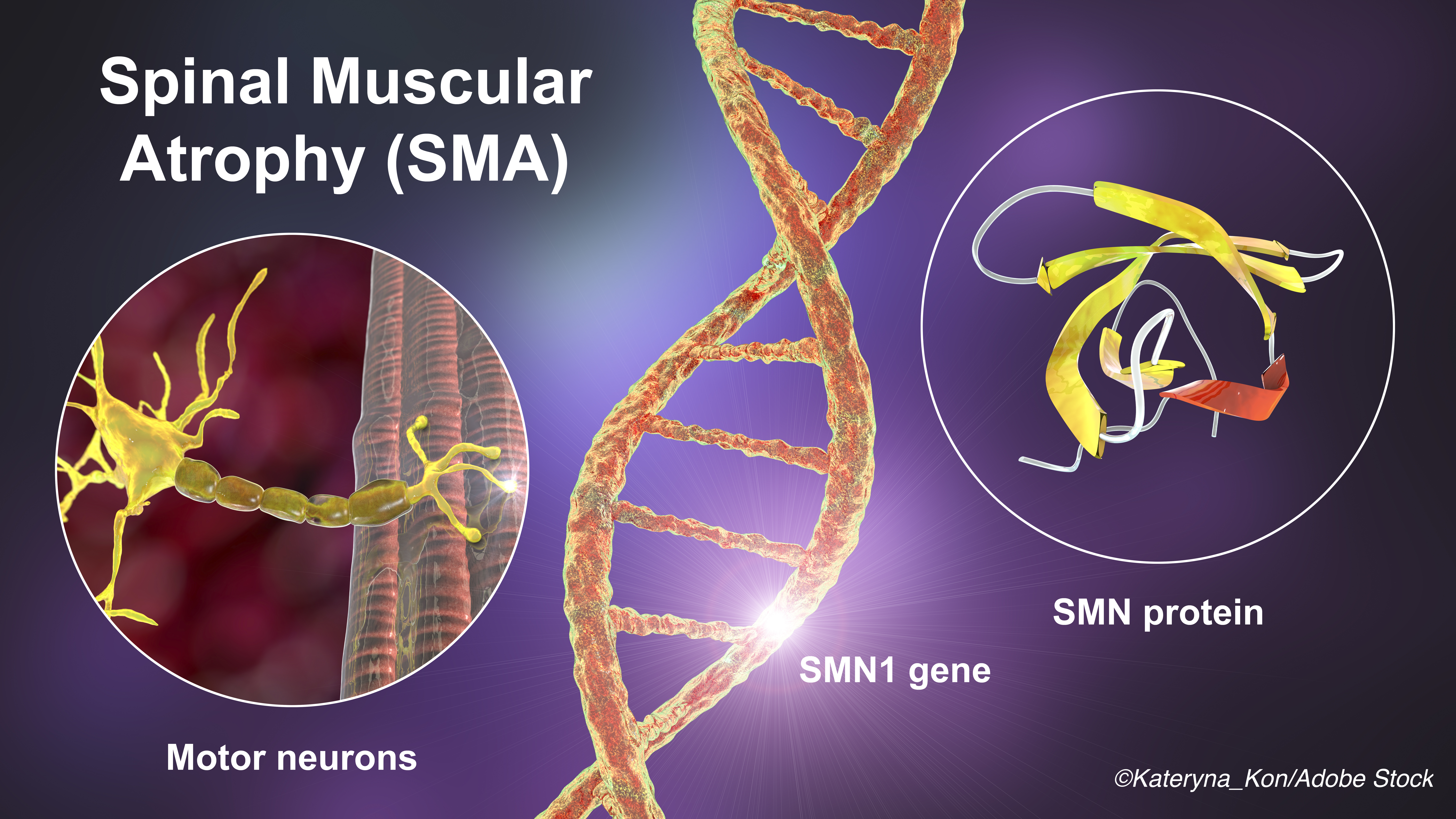 In a small, open-label study, 29% of babies with Type 1 spinal muscular atrophy (SMA) who received daily doses of risdiplam for 12 months were able to sit without support for at least 5 seconds, “a milestone not attained in this disorder,” investigators with the FIREFISH working group reported in The New England Journal of Medicine.

Symptoms of type 1 SMA, an autosomal recessive motor neuron disease, usually appear before 6 months of age; affected infants quickly experience a decline in respiratory and swallowing functions and require feeding support or combined feeding and ventilatory support by 12 months of age. In this study, Basil T. Darras, MD, of Boston Children’s Hospital, and colleagues enrolled 41 babies ages 1 to 7 months (median enrollment age 5.3 months) in a two part study—part one was a dose-finding trial and part two was an efficacy study of the FDA-approved drug risdiplam using the 5-second sitting trial as the primary end point. Secondary endpoints included a score of 40 or higher on Children’s Hospital of Philadelphia Infant Test of Neuromuscular Disorders (CHOP-INTEND), response to the Hammersmith Infant Neurologic Examination (HINE-2), and survival without permanent ventilation. “For secondary end points, comparisons were made with the upper boundary of 90% confidence intervals for natural-history data from 40 infants with type 1 SMA,” the study authors explained.

After 12 months of treatment, 12 infants (29%) were able to sit without support for 5 seconds.

Overall, 48 serious adverse events occurred, the most common of which were pneumonia (n=13), bronchiolitis, hypotonia, and respiratory failure (n=2 for each). Following completion of the study, three infants died from SMA-related respiratory complications.

“The most common serious adverse events, excluding hypotonia, were related to the respiratory system, which is typical of SMA. Ophthalmologic monitoring did not detect retinal toxic effects that had been observed in monkeys treated with higher doses of risdiplam than those used in our study.”

The authors pointed out that the study used historical cohorts for comparison, which along with the open-label design, may be a limitation.

“Although the historical cohorts were chosen to be as similar as possible to this study population, there may be differences in patient characteristics,” they wrote. “The historical cohorts were also small; for example, the NeuroNEXT study population included only 16 infants with two copies of SMN2. The use of historical controls does not allow comparisons to be made to study outcomes with the same confidence as comparisons in a randomized trial. However, given the high mortality among infants with type 1 SMA, it was not considered appropriate to include a control group in the study. An open-label design was considered to be justified because the ability to sit without support (primary end point) is never attained in patients with type 1 SMA.”

“Open-label risdiplam treatment for 24 months, followed by a 36-month open-label extension, is ongoing. In addition, studies of risdiplam in presymptomatic infants (ClinicalTrials.gov number, NCT03779334), patients with type 2 or 3 SMA (NCT02908685), and patients with SMA who have previously received treatment with RG7800 (also known as RO6885247), nusinersen, olesoxime, or onasemnogene abeparvovec-xioi (NCT03032172) are ongoing,” the study authors noted.

The FIREFISH study was funded by F. Hoffmann-La Roche.