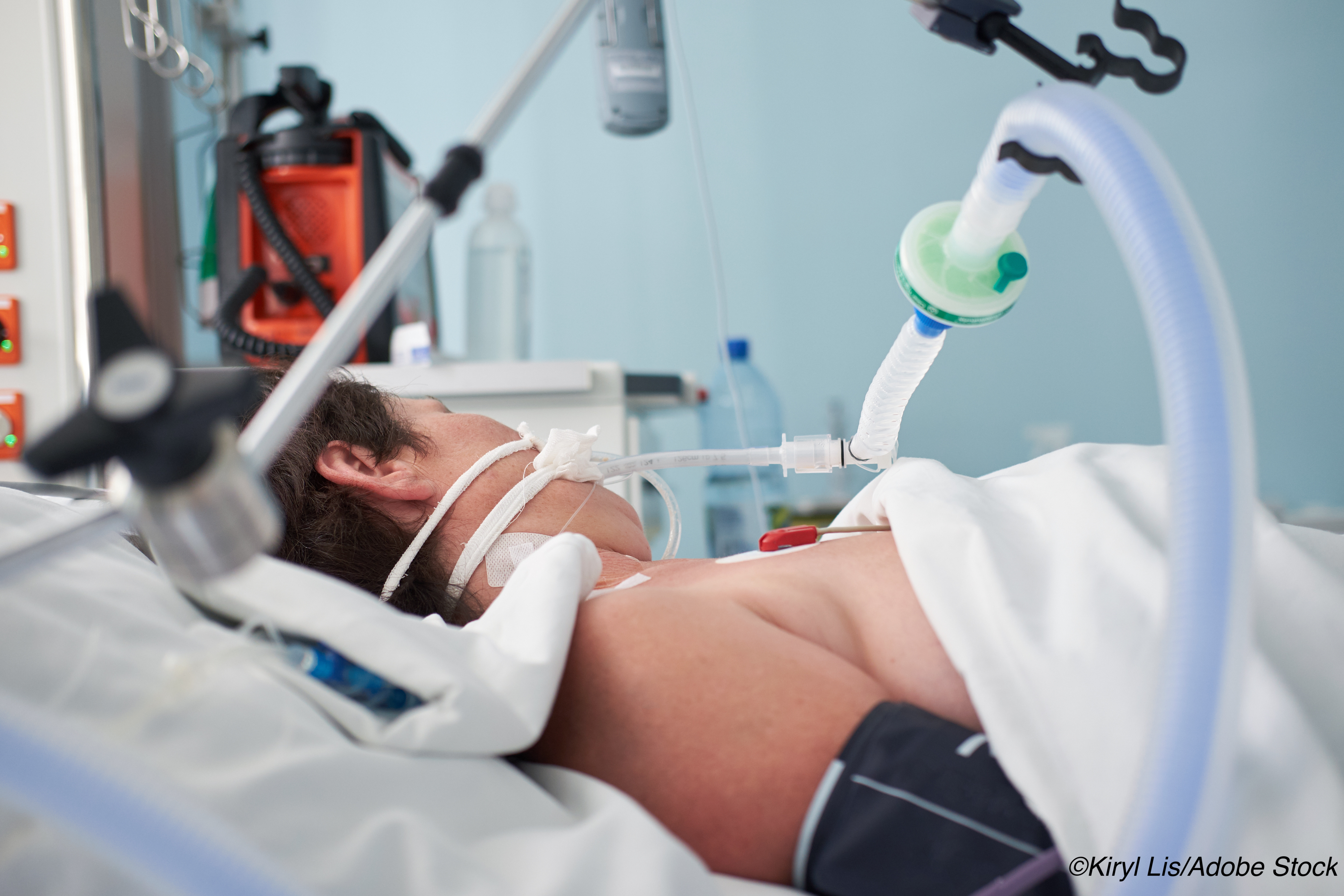 Intubation-associated severe cardiovascular instability occurred in more than 42% of critically ill patients included in the study, which was conducted at close to 200 centers worldwide. Around 9% of patients suffered intubation-related hypoxemia.

Major adverse events associated with intubation occurred significantly more frequently in patients who did not survive their hospital stay.

The INTUBE study findings were presented this week by lead researcher John Laffey, MD, of the University of Ireland, Galway, during the virtual meeting of the Society of Critical Care Medicine’s 50th Critical Care Congress.

JAMA editor-in-chief Howard Bauchner, MD, who served as a session moderator, announced that the study findings would be published in an upcoming issue of the journal.

“Peer reviewers decided that this article was certainly important and worthy of publication in JAMA,” he said. “It details important events in critically ill patients associated with a common procedure that occurs thousands of times annually around the world.”

“We feel that this study presents a good global picture of the current approaches to emergent tracheal intubation,” he said.

Previously reported findings from small prospective and single-nation studies indicate that up to 28% of intubations are complicated by major events, Laffey said.

A nationwide study from the United Kingdom, published in 2011, examined major complications from airway management over the course of a year.

That study found that around 20% occurred in the ICU, with 61% of airway complications in the ICU leading to death or brain damage, compared to 14% in the operating room.

The INTUBE study is an international, multicenter prospective cohort study of consecutive, critically ill adult patients who underwent intubation in the ICU, emergency department (ED), or ward during an 8-week period from October of 2018 through July of 2019 at one of 197 treatment centers in 29 countries on 5 continents.

A total of 3,659 patients were screened for eligibility and 2,943 were followed until ICU discharge. The median age of the patients included in the analysis was 63 years, 37% were female, more than half (52%) required intubation due to respiratory failure and 30% required intubation for neurological impairment.

The most common intubation-related severe adverse event among the cohort was cardiovascular instability, occurring in just over 40% of patients. Severe hypoxia occurred in 9% of patients. Cardiac arrest occurred in around 3% of the patients and the secondary outcomes of esophageal intubation, new onset cardiac arrhythmia and aspiration of gastric contents occurred in between 3% and 5% of patients.

Laffey pointed out that even though quantitative waveform capnography has been identified as the best evidence-based method for confirming successful intubation, the procedure was used in just a quarter (25.6%) of procedures (40% of ICU procedures, 23.3% of ED procedures and 6.9% of ward procedures).

He further noted that in the U.K. study, reported a decade ago, researchers concluded that 74% of airway related deaths in the ICU could be attributed to intubation without capnography.

“The continuing underuse of capnography is of particular concern,” Laffey said.

The researchers reported no relevant disclosures related to the INTUBE study.