Although research indicates that patients with schizophrenia are at increased risk for impaired glucose metabolism when compared with the general population, the comorbidity between the two conditions cannot be fully explained by known risk factors, such as obesity, smoking, stress, or antipsychotic medication. Previous family and genome-wide studies suggest that the co-occurrence between schizophrenia and impaired glucose metabolism might be due to shared genetic factors, as exemplified by increased risk for diabetes among first-degree relatives of patients with schizophrenia, but the biological mechanisms underlying this association remain unknown.

For a study published in JAMA Psychiatry, my colleagues and I examined the association between insulin resistance, schizophrenia polygenic risk, and response to treatment in drug-naive schizophrenia patients and matched healthy individuals while controlling for a demographic (age, gender, BMI), lifestyle (smoking, alcohol, and cannabis use) and clinical (psychopathology scores, medication) factors. Schizophrenia polygenic risk scores (PRS) were calculated based on 108 genome-wide significant schizophrenia loci from the Illumina Infinium PsychArray Bead-Chip genotyping data imputed using

IMPUTE2/SHAPEIT. The updated Homeostasis Model Assessment (HOMA2) was used to infer IR, β cell function, and insulin sensitivity from clinical measurements of fasting serum glucose and insulin levels. Switching antipsychotic medication at least once during the initial 12 months of treatment was used as a heuristic long-term treatment outcome measure.

We found that insulin resistance, a key feature contributing to the development of type 2 diabetes, significantly correlated with schizophrenia PRS, with higher genetic risk of schizophrenia associated with increased insulin resistance (Figure). Patients with higher insulin resistance were more likely to switch medication during the first year of treatment, implying lower clinical response. Indeed, the HOMA2-IR was positively associated with schizophrenia PRS in patients with schizophrenia (β [SE], 3.74 [1.68]; P = .02, adjusted for age) but not in the control group (adjusted β [SE], 0.29 [0.40]; P = .45), where body mass index was the most significant risk factor (adjusted β [SE], 0.071 [0.018]; P < .001). Baseline HOMA2-IR was significantly associated with switching antipsychotic medication during the initial 12 months of treatment, with an adjusted odds ratio (OR) of 1.77 (95% CI, 1.10-3.52; P = .02, adjusted for ethnicity). Of the patients for whom complete follow-up information was available, all patients who at baseline satisfied the fasting insulin criteria for IR (≥25 μIU/mL) required changing medication within the first year of treatment. However, schizophrenia PRS was not significantly associated with medication switching status

Future large-scale pharmacogenomic studies in drug-naive patients with longitudinal clinical follow-up will help to further examine the association between insulin resistance, schizophrenia, and antipsychotic treatment response, in addition to determining the effects of other lifestyle factors like diet and exercise, identifying specific genetic variants underlying the shared susceptibility to schizophrenia and insulin resistance, and potentially guiding the development of novel, personalized treatment approaches. 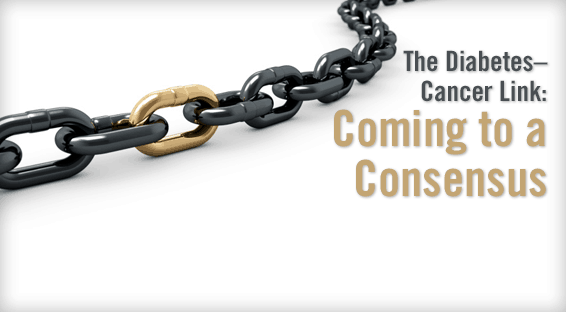 The Diabetes–Cancer Link: Coming to a Consensus

Cocoa-Rich Chocolate and Quality of Life in Postmenopausal Women: A Randomized Clinical Trial.

Cilostazol Addition to Aspirin could not Reduce the Neurological Deterioration in TOAST Subtypes: ADS Post-Hoc Analysis.