School Foods Fare the Best in Terms of Quality 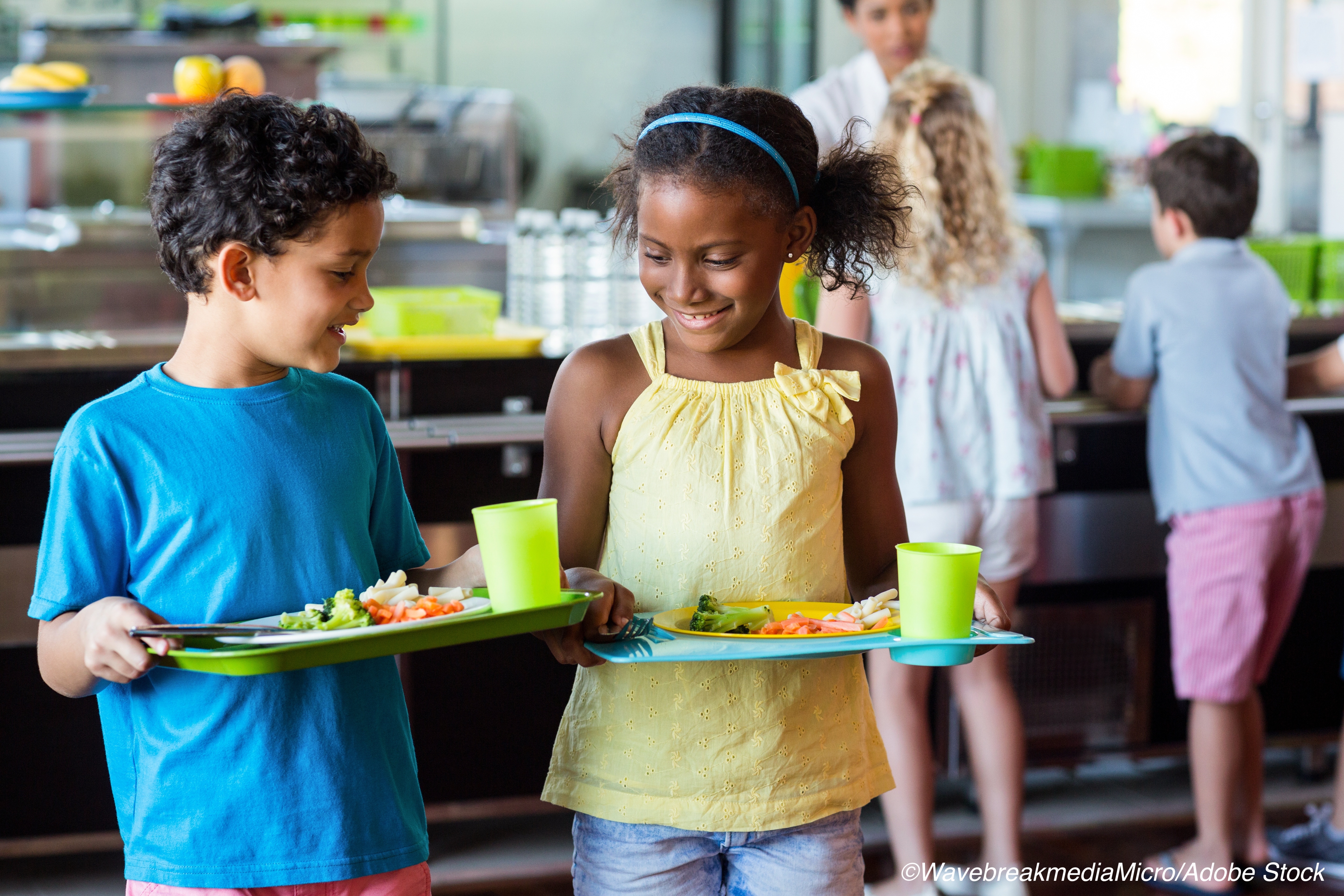 Era of the Healthy, Hunger-Free Kids Act led to better food quality in other venues too

No more “mystery meat” in the cafeteria — the quality of U.S. school foods improved significantly by 2017-2018, so much so that food consumed at schools had the highest quality versus other food outlets, researchers reported.

In an analysis of data from eight National Health and Nutrition Examination Survey cycles (2003-2018), the largest improvement in diet quality was in schools, with the percentage with poor diet quality decreasing from 55.6% to 24.4% (P<0.001 for trend), according to Junxiu Liu, PhD, of the Icahn School of Medicine at Mount Sinai in New York City, and co-authors.

However, food consumed from other sources — grocery stores, restaurants, worksites — demonstrated small-to-moderate improvement in diet quality, and without population disparities, they reported in JAMA Network Open.

The improvement in schools came “mostly after 2010, and with equitable improvements across population subgroups,” the authors pointed out. The Healthy, Hunger-Free Kids Act (HHFKA), championed by First Lady Michelle Obama, was signed into law by President Barack Obama in 2010.

HHFKA gave the U.S. Department of Agriculture (USDA) “opportunity to make real reforms to the school lunch and breakfast programs by improving the critical nutrition and hunger safety net for millions of children,” according to the agency. However, in 2017, the Trump administration rolled back the school lunch standards, including cutting back on fresh fruit and veggies, but allowing servings of pizza and French fries.

Four years later, President Joe Biden signed an executive order to boost food benefits for children who were missing school lunches during the pandemic, while nutrition science and policy experts at Tufts University in Boston wrote a letter to the Biden administration, encouraging them to “[r]estore and further strengthen” HHFKA.

She also pointed out that, even when schools were able to institute some type of meal delivery system during closures and remote learning, “low-income families may not have the transportation to pick up the food and/or the ability to safely store the food that sometimes comes in bulk. Understanding how children are eating from other sources during and after the pandemic also requires further investigation,” and “[w]hether the consistent benefit of school meals will extend to the COVID-19 era and beyond requires to be evaluated,” she said.

Several studies have already taken on that issue, including research on food insecurity and obesity in low-income children and adolescents in the U.S., and the impact the pandemic may have on those social and health problems. A study out of Italy reported that during the lockdown and school closures, the percentage of families at risk for food insecurity doubled, and more than a quarter reported that they allowed their children to eat more “junk food.” Finally, a planned pilot study out of the University of Texas Austin will look at “effective approaches to assist Hispanic families who face food insecurity worsened by the Covid-19 pandemic.”

The authors also found the following in terms of diet quality of foods:

Liu and co-authors noted that “significant disparities in diet quality trends were seen by sex, race/ethnicity, educational level, and household income for food consumed from grocery stores.” For instance, the proportion of foods consumed from grocery stores that were of poor diet quality decreased among high-income adults from 36.9%-26.5% (P=0.001 for trend) but not among low-income adults from 45.8%-41.3% (P=0.09 for trend).

Study limitations included the fact that NHANES data was self-reported although “self-reported foods from schools are consistent with government reports of meal offerings,” Liu’s group emphasized. Also, the “findings represent mean nutritional quality of foods consumed on any given day overall and within each subgroup, not necessarily habitual intake of any individual, which varies from day to day,” they stated.

The study was supported by the the National Heart, Lung, and Blood Institute.

Na reported no relationships relevant to the contents of this paper to disclose.