AMSTERDAM (Reuters) – Shares in Belgian drugmaker Galapagos surged nearly 16 percent on Friday after the company said it had seen positive results from several safety and efficacy trials of its rheumatoid arthritis drug filgotinib.

In a filing late on Thursday, the company presented the results of four ongoing trials.

“The growing body of evidence … represent a larger safety database in a broader population of rheumatoid arthritis patients,” said John McHutchison, head of R&D at Gilead Sciences, which has partnered with Galapagos to bring the drug to the U.S. market.

KBC Securities analysts said the main takeaway of the data was that the drug will likely be approved by regulators in the United States, Japan and the European Union.

After a delayed opening due to excessive volatility, Galapagos’s Amsterdam-listed shares jumped 15.9 percent and were up 11.8 percent at 96.92 euros at around 0900 GMT.

KBC Securities analysts said in a note that the key differentiator for filgotinib was the superior safety profile at higher doses compared with competing drugs. KBC Securities also raised the probability of success for the drug to 90 percent from 75 percent. They set a 12-month price target of 124 euros for the shares.

A Galapagos medical official, Dr. Walid Abi-Saab, said the safety data, combined, “suggest that filgotinib has the potential to deliver a much-needed option for treating people living with rheumatoid arthritis.” 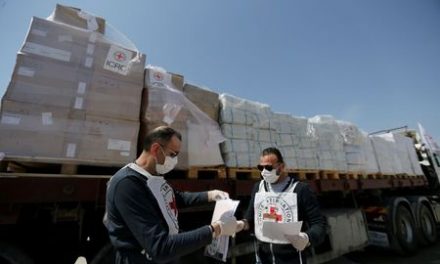