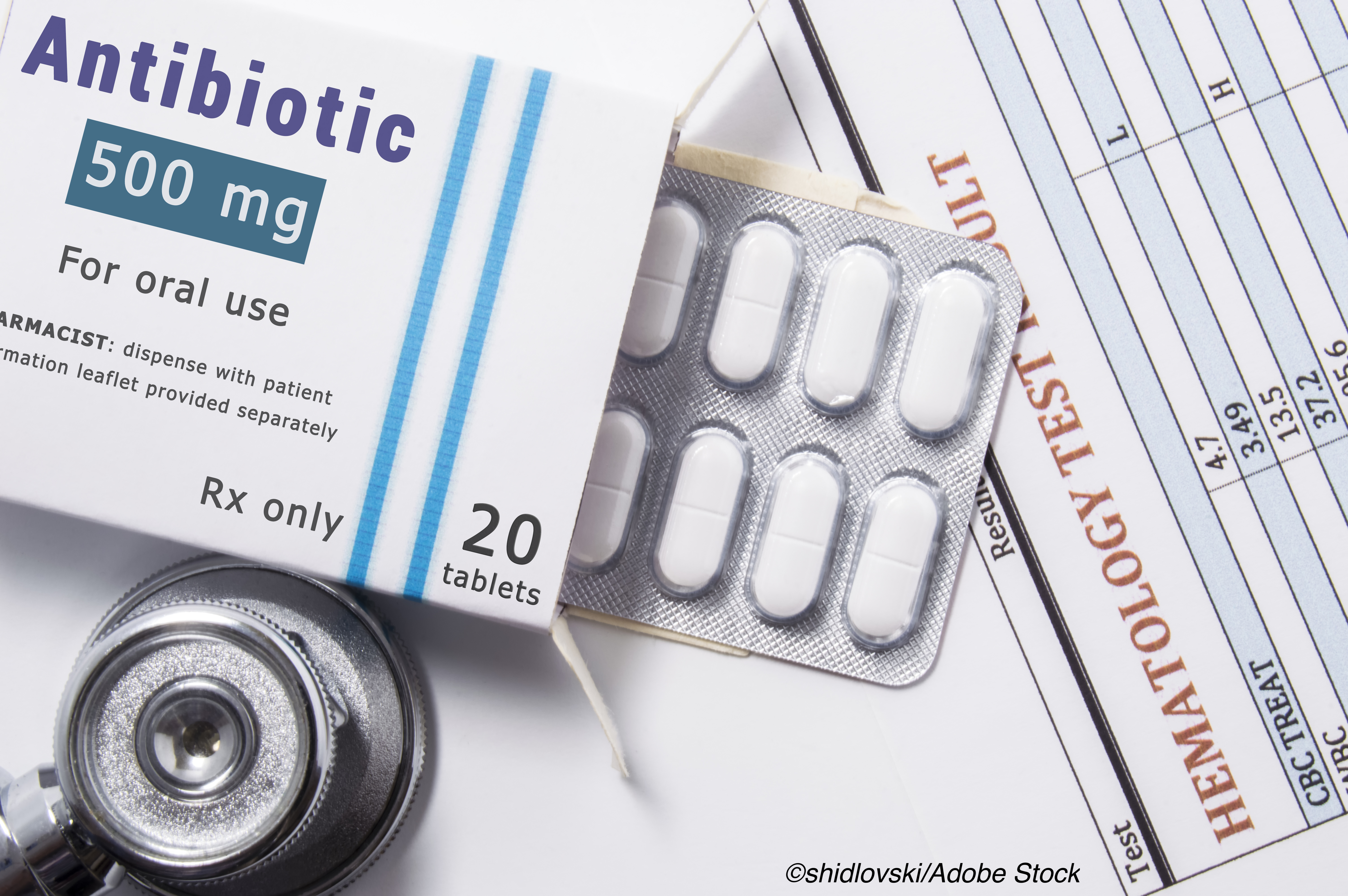 A 7-day antibiotics course for the treatment of urinary tract infections (UTI) in men was non-inferior to a 2-week course in terms of symptom resolution, researchers reported.

The randomized, double-blind, placebo-controlled non-inferiority trial of afebrile men with presumed symptomatic UTI was done from April 2014 to January 2020. The 272 men (median age 69; about 79% White) in the trial were treated with ciprofloxacin or trimethoprim/sulfamethoxazole at two U.S. VA medical centers (all outpatient). More than half reported a prior UTI.

The fact that only two antibiotics were assessed was a study limitation. Also, results in VA patients may not be generalizable to the overall population, the authors cautioned.

All participants initially continued the antibiotic, on a twice-daily schedule, prescribed by their treating clinician for 7 days then continued antibiotic therapy (n=136) or placebo (n=136) for days 8 through 14 of treatment.

The primary endpoint was resolution of the initial UTI symptoms by day 14 after completion of active antibiotic treatment, and a noninferiority margin of 10% was established for the trial. In order to assess the primary endpoint uniformly, patients were asked about UTI symptoms on days 7 and 14 after completion of study medication, and for UTI recurrence at day 28, regardless of assigned treatment duration, Drekonja’s explained.

As for AEs, 20.6% of the participants in the 7-day group experienced them versus 24.3% in the 14-day group, and the most common AE was diarrhea. The authors noted that among 64 men with diabetes, 20.3% had abnormal blood glucose values upon assessment, and 84.6% had been prescribed ciprofloxacin, which can impact blood sugar levels.

A post hoc subgroup analysis showed that symptom resolution occurred in 94.2% of the participants taking ciprofloxacin versus 87.1% on trimethoprim/sulfamethoxazole, which was not statistically significant (P=0.054).

Other study limitations included the small sample size and the fact that UTI was diagnosed by symptoms so some patients may not have had a UTI, the authors acknowledged.

The latter point is important, noted Daniel J. Morgan, MD, MHS, and Karen C. Coffey, MD, MPH, both of the University of Maryland School of Medicine in Baltimore, in an editorial accompanying the study.

“Defining a UTI is more difficult than might be expected,” they explained. “Symptoms of UTI in older men with prostate or bladder disease are ambiguous, and urinalysis and urine culture results are often nonspecific as they may be positive in some men in this population without clinical evidence of disease.”

They also stressed that since the study was done, the FDA has “required a black box warning for [ciprofloxacin], indicating that serious adverse effects generally outweigh the benefits for patients with uncomplicated UTIs.” Other antibiotics, such as nitrofurantoin and amoxicillin-clavulanate, “now feature more centrally in recommendations for UTI, but ciprofloxacin and trimethoprim/sulfamethoxazole remain among the most-used antibiotics for UTI,” they added.

Regardless of the agent used, “[s]horter courses of antibiotic treatment are inherently easier for patients and are preferred when clinical outcomes are noninferior compared with longer duration of treatment,” Morgan and Coffe said. “This study should inform guidelines and should give clinicians confidence to treat thoughtfully for the shortest effective treatment duration.”

The study was funded by the VA Merit Review Program.

Morgan reported support from the VA, AHRQ, and the CDC. Coffey reported no relationships relevant to the contents of this paper to disclose