Should AFib Patients Be Anticoagulated After ICH? 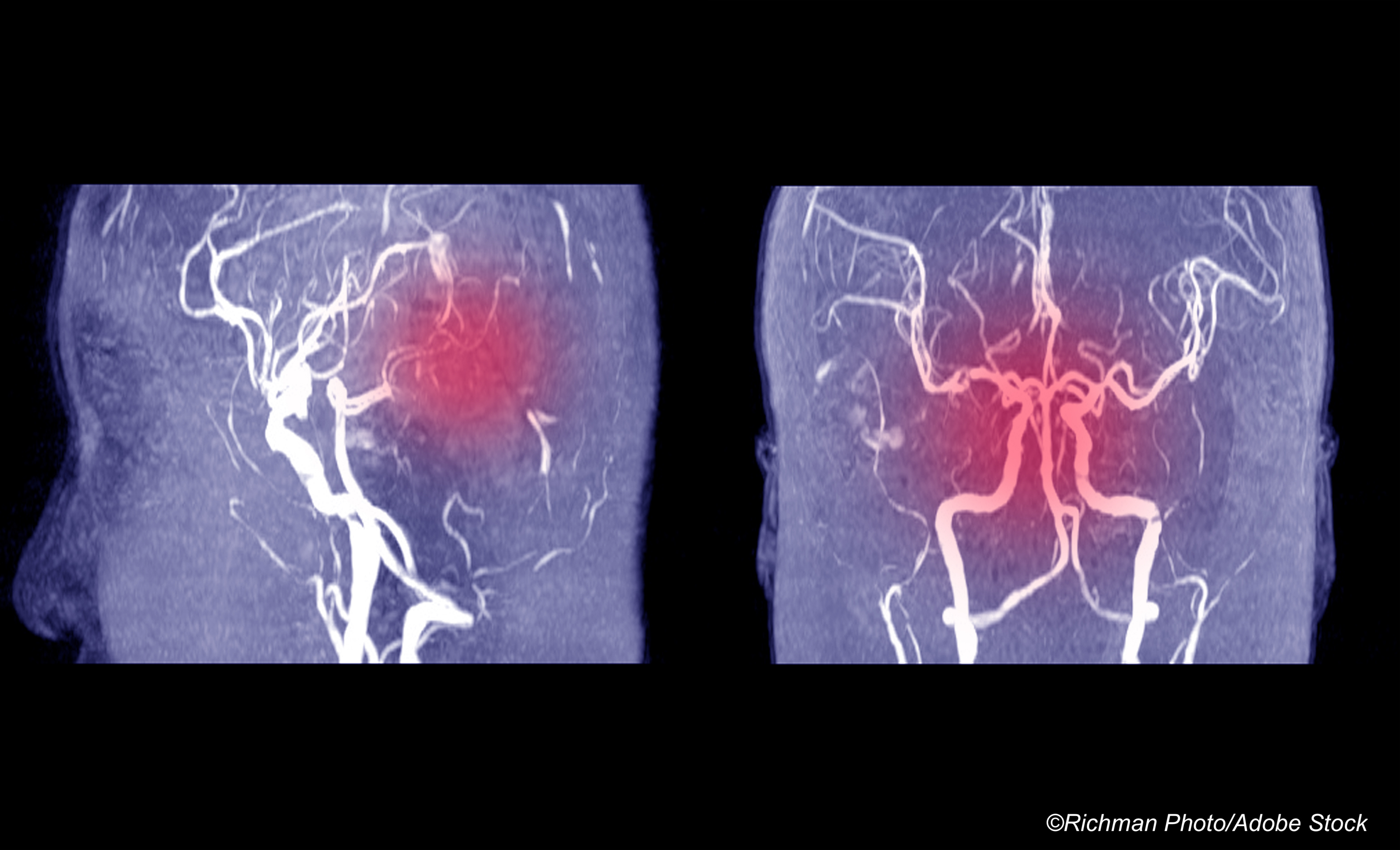 Risk of stroke or death due to a vascular cause was similar in atrial fibrillation (AFib) patients whether they received anticoagulation treatment with apixaban after intracerebral hemorrhage (ICH) or followed a strategy that allowed but did not require antiplatelet agents, the open-label phase II APACHE-AF trial found.

“Patients with atrial fibrillation who had an intracerebral hemorrhage while taking anticoagulants have a high subsequent annual risk of non-fatal stroke or vascular death, whether allocated to apixaban or to avoid anticoagulation,” Klijn and colleagues wrote. “Our data underline the need for randomized controlled trials large enough to allow identification of subgroups in whom restarting anticoagulation might be either beneficial or hazardous.”

“Pooled analysis of our trial with other trials is probably required to assess which patients benefit most from either treatment strategy,” they added.

Researchers enrolled 101 participants (median age 78, 54% men, 99% White) between January 2015 and July 2020. All had atrial fibrillation and, while being treated with anticoagulation, had ICH with a subsequent CHA2DS2-VASc score of at least 2 (higher scores indicate more risk; median score was 5 in both groups) and a score on the modified Rankin scale (mRS) that ranged from 0 to 4 (with 0 indicating no symptoms, and 4 indicating moderately severe disability requiring assistance for walking and bodily needs; median mRS score was 2 in the apixaban group and 3 in the avoid-anticoagulation group).

Over a median followup of 1.9 years, non-fatal stroke or vascular death occurred in 13 (26%) in the apixaban group and 12 (24%) of the avoid-anticoagulation group.

Serious adverse events that were not outcome events occurred in 58% of the apixaban group and 57% of the avoid-anticoagulation group.

The number of recruited participants in APACHE-AF was “far too small to generate enough evidence to change clinical practice,” noted Jonathan Rosand, MD, of Massachusetts General Hospital in Boston, in an accompanying editorial.

“The key observation that does emerge, however, is that survivors of intracerebral hemorrhage need help,” Rosand added. “For these 101 participants, the annual event rate exceeded 10%, regardless of whether they received anticoagulation.”

“APACHE-AF must be considered as an impressive effort, by dedicated investigators, which on its own provides a marginal advance,” he continued. “However, we can be reassured that these investigators are not working in isolation.”

“The investigators of these trials, along with those of APACHE-AF, have already endorsed a prospective individual participant data meta-analysis,” he wrote. “If the slow rate of enrollment in APACHE-AF proves to be the rule, then these groups will be well placed to work together to assemble a sample size that just might settle our key question concerning patients who have survived intracerebral hemorrhage once and for all: whether to anticoagulate or not,” he wrote.

Prior research includes a 2017 individual level meta-analysis of three studies that included 1,012 patients, evaluating mortality, functional outcome, and stroke incidence. Resumption of oral anticoagulation occurred in 28% of nonlobar and 23% of lobar ICH patients, and for both nonlobar and lobar ICH was associated with decreased mortality (HR 0.25 and 0.29, respectively), improved mRS-defined functional outcome (HR 4.22 and 4.08, respectively) and reduced incidence of new stroke.

“The clinical dilemma remains,” Klijn and co-authors noted. “However, we do think that the results of APACHE-AF might aid in the prevention of a potentially inappropriate shift in treatment towards anticoagulation on the basis of results of observational studies.”

“Our results support the inclusion of patients with atrial fibrillation and intracerebral hemorrhage in the five ongoing trials,” they continued. “Additionally, an individual patient data meta-analysis has been prospectively planned and will start with the first three studies that have now been completed (APACHE-AF, SoSTART, and NASPAF-ICH).”

Limitations of the present study include small sample size and wide confidence intervals for annual event rates of the primary outcome.

This study was funded by the Dutch Heart Foundation.

Rosand is supported by the National Institutes of Health, American Heart Association, and One Mind for Research, and serves as a consultant to Boehringer Ingelheim and Takeda.