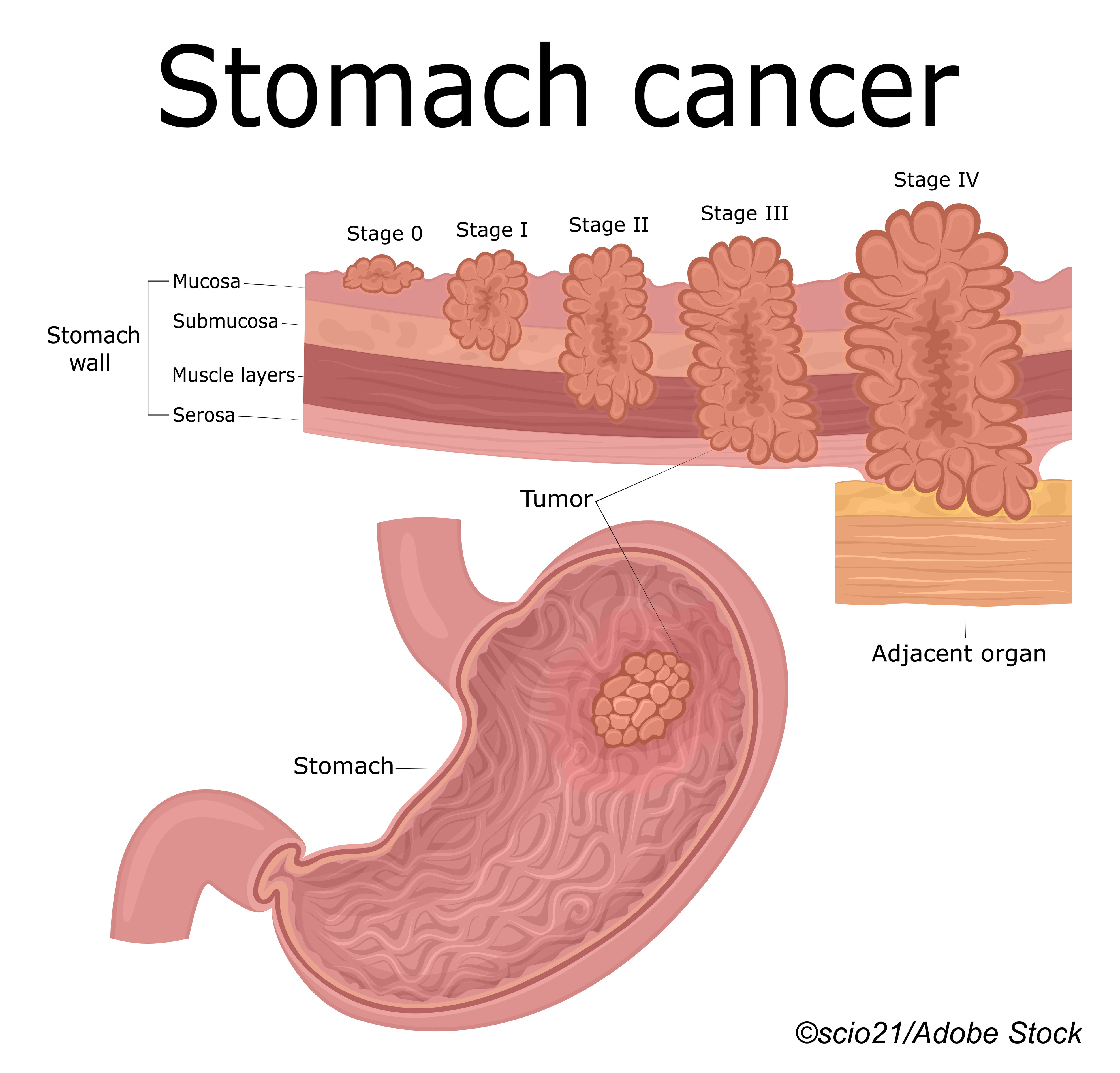 But FDG-PET/CT has limited value

Adding staging laparoscopy (SL) to staging of locally advanced gastric cancer was found to have a significant and clinically relevant added value in the staging of peritoneal or locally nonresectable disease; however, adding 18F-Fludeoxyglucose-Positron Emission Tomography/Computed Tomography (FDG-PET/CT) to the mix had limited value, a large, multicenter, prospective observational study found.

In the cohort of 394 patients, 382 underwent FDG-PET/CT, which detected distant metastases in only 3% (n=12), Emma Gertsen, MD, University Medical Center Utrecht, Utrecht, The Netherlands, and colleagues reported in JAMA Surgery. Among the 357 patients who underwent SL, peritoneal or locally nonresectable disease was found in 19% (n=73).

“In all 12 patients with positive FDG-PET/CT results, the finding of metastatic disease resulted in a change of treatment strategy from curative to palliative intent,” Gertsen and colleagues wrote. “In the 73 patients with positive SL findings, treatment strategy was changed to palliative intent in 60 patients (15%), with an overlap of 7 patients (2%) who also had a positive FDG-PET/CT. These results suggest a limited additional role of FDG-PET/CT and what appears to be a considerable benefit of SL on the staging process of gastric cancer.”

As the authors pointed out, prognosis in patients with locally advanced gastric cancer mainly depends on tumor stage, and if non-curable disease can be detected accurately before treatment is initiated, more tailored and less toxic palliative treatment can be offered.

The Evaluation of FDG-PET/CT and Laparoscopy in Staging Advanced Gastric Cancer (PLASTIC) study included patients with adenocarcinoma of the stomach or gastroesophageal junction considered fit enough for treatment with curative intent by surgery with or without chemotherapy. The mean age of the patients included in the analysis was 67.6, and 256 (65%) were male.

The patients underwent FDG-PET/CT and/or SL as standard of care according to Dutch National guidelines.

“Ideally, FDG-PET/CT was performed first, followed by SL if no distant metastases were found on FDG-PET/CT,” the study authors wrote.

“Staging laparoscopy resulted in postoperative complications in 3 patients (0.8%),” the authors noted, all of which required surgical reintervention.

As the authors noted, treatment was not changed to a palliative approach in all patients with a positive SL outcome in the study.

“Instead, some patients with limited peritoneal metastases and positive cytologic test findings were treated with curative intent,” they wrote. They also noted that the risks of SL do not outweigh its benefits and that, in their opinion, the high rate of metastatic disease detected by SL in the current study supports the additional value of SL staging.

Limitations of the study include the fact that neither the sensitivity nor the specificity of FDG-PET/CT or SL could be completely adequately assessed as follow-up of most patients who underwent FDG-PET/CT was lacking. This meant that the number of metastases detected at 6 months follow-up was most likely underreported, resulting in an underestimation of the sensitivity and specificity of the staging examinations.

Commenting on the findings, editorialists Audrey Brown, MD and Eric Nakakura, MD, PhD, both from the University of California, San Francisco, concurred with the authors that only SL is able to detect peritoneal disease, which may manifest as thin plaques, minute nodules or positive cytology results. They also cautioned that a typical FDG-PET/CT does not include a high-resolution, contrast-enhanced CT scan.

“Rather, the CT accompanying an FDG-PET/CT is usually done without contrast, making an FDG-PET/CT alone inadequate to stage gastric cancer,” they wrote. And they also emphasized that all CT scans are not alike and that a single-phase, thick-slice CT is inadequate for staging.

“Prior to obtaining an FDG-PET/CT, it is imperative to obtain a multiphasic, contrast-enhanced CT with thin (preferably submillimeter) axial sections from chest to pelvis,” Brown and Nakakura wrote. “A request for 0.625-mm axial sections increases the resolution by 8-fold compared with 5-mm cuts.”

Gertsen had no conflicts of interest to declare.

Neither of the editorialists had any conflicts of interest to disclose