Stephen Hawking’s family give his ventilator to UK hospital 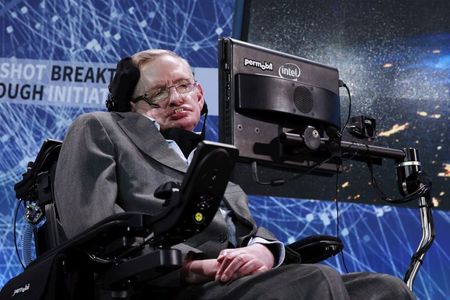 LONDON (Reuters) – The family of acclaimed physicist Stephen Hawking has donated his ventilator to a hospital that had treated him in Cambridge, the English university city where he lived and worked, to help care for COVID-19 patients.

The scientist died in March 2018 at age 76 after a lifetime spent probing the origins of the universe. He was diagnosed with a rare early-onset form of motor neurone disease at the age of 21.

“Professor Stephen Hawking’s family has donated his ventilator to Royal Papworth Hospital as we care for increasing numbers of COVID-19 patients,” the hospital said on Wednesday.

His daughter Lucy Hawking described the care her father had received there as “brilliant, dedicated and compassionate”, it said.

“We’d like to say a huge thank you to the Hawking family for supporting us at this challenging time,” said the hospital, which is a world-leading center for heart and lung transplants.

The medical equipment was bought by Hawking himself, the BBC reported, and after checks had been added to the hospital’s fleet.

Facing a potential shortage of ventilators to treat COVID-19 patients in Britain, Prime Minister Boris Johnson in March called on industry to help produce thousands of the devices.

The first of the new devices have been produced and numbers have also been boosted by imports, helping the state-run health service to treat all patients requiring ventilation during the pandemic.