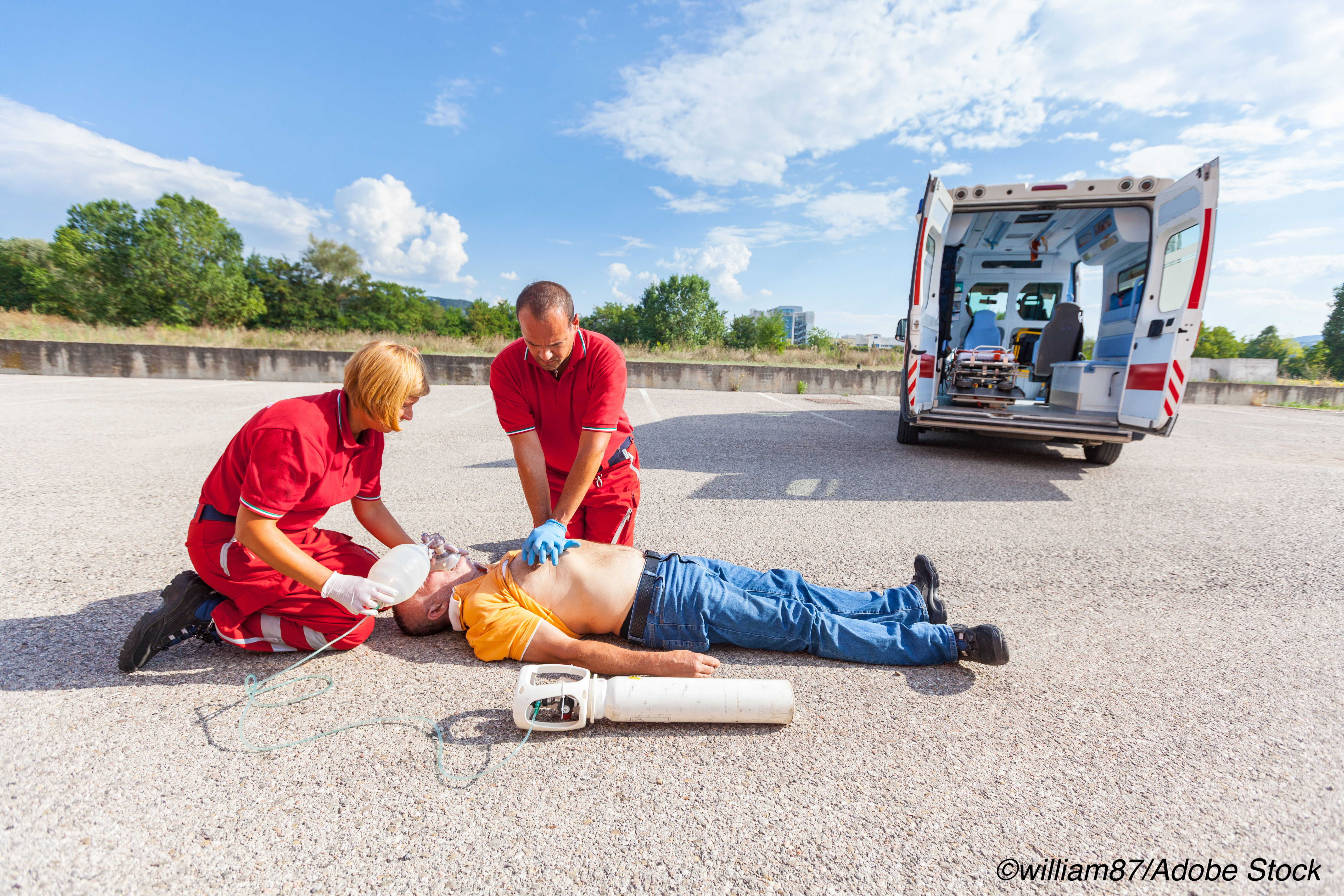 Younger age, no use of calcium antagonists, and more may be at play in out-of-hospital cardiac arrest

In a retrospective study of over 400 patients with acute MI who underwent percutaneous coronary intervention (PCI), 29% were associated with OHCA, according to Yasunori Ueda, MD, PhD, of the National Hospital Organization, Osaka National Hospital, and co-authors.

A multivariate analysis revealed the following factors to be tied to OHCA versus no OHCA:

The culprit lesion at the left main coronary artery and the presence of chronic total occlusion (CTO) also were associated with OCHA, they wrote in the Journal of the American College of Cardiology.

“To the best of our knowledge, this is the ﬁrst study to examine the risk factors of OHCA due to acute MI… Although our cohort still has selection bias of excluding the patients who died before being transported to the hospital by emergency medical services and those who already did not have any signs of life and CPR was terminated at the emergency department, it would be the least biased cohort of acute MI with and without OHCA,” Ueda’s group asserted.

Yes, these results are from a single-center, retrospective, observational study, pointed out Joshua C. Reynolds, MD, MS, of Michigan State University in Grand Rapids, in an editorial comment accompanying the study. But the “novelty of this cohort lies in its clinical setting that mitigates sampling bias inherent in this population,” he argued.

In addition, Japan is the leader in the use of extracorporeal resuscitation (ECPR) in OHCA, he said, and in Osaka in particular, “pre-hospital providers use a portable extracorporeal membrane oxygenation (ECMO) system with pre-hospital veno-arterial cannulation in OHCA.”

“Thus, the primary strength of this work is mitigation of selection bias in the OHCA subset from the use of ECPR in those without conventional ROSC [return of spontaneous circulation] who otherwise may not have survived to receive invasive CA [coronary angiography] and a more liberal selection for invasive CA,” he stated.

Less frequent in the OHCA group were hypertension (52% versus 69) and hypercholesterolemia (35% versus 56%). Also, OHCA patients used angiotensin converting enzyme inhibitors or angiotensin II receptor blockers (26% versus 36%), calcium channel antagonists (20% versus 41%), statins (19% versus 28%), and aspirin (19% versus 28%) less frequently than non-OHCA patients.

They also reported that predictors of in-hospital mortality for OHCA patients were:

The latter findings indicate that “high eGFR, low peak CK-MB, and VT/VF as initial rhythm, and no need for ECPR are the predictors of in-hospital survival,” the authors stated.

In addition to the aforementioned study limitations, potential selection bias for each type of MI patients, missing lab data, and lack of data on comorbidities in some patients were others

Reynolds reported no relationships relevant to the contents of this paper to disclose.

Associations of long-term exposure to air pollution with blood pressure and homocysteine among adults in Beijing, China: A cross-sectional study.