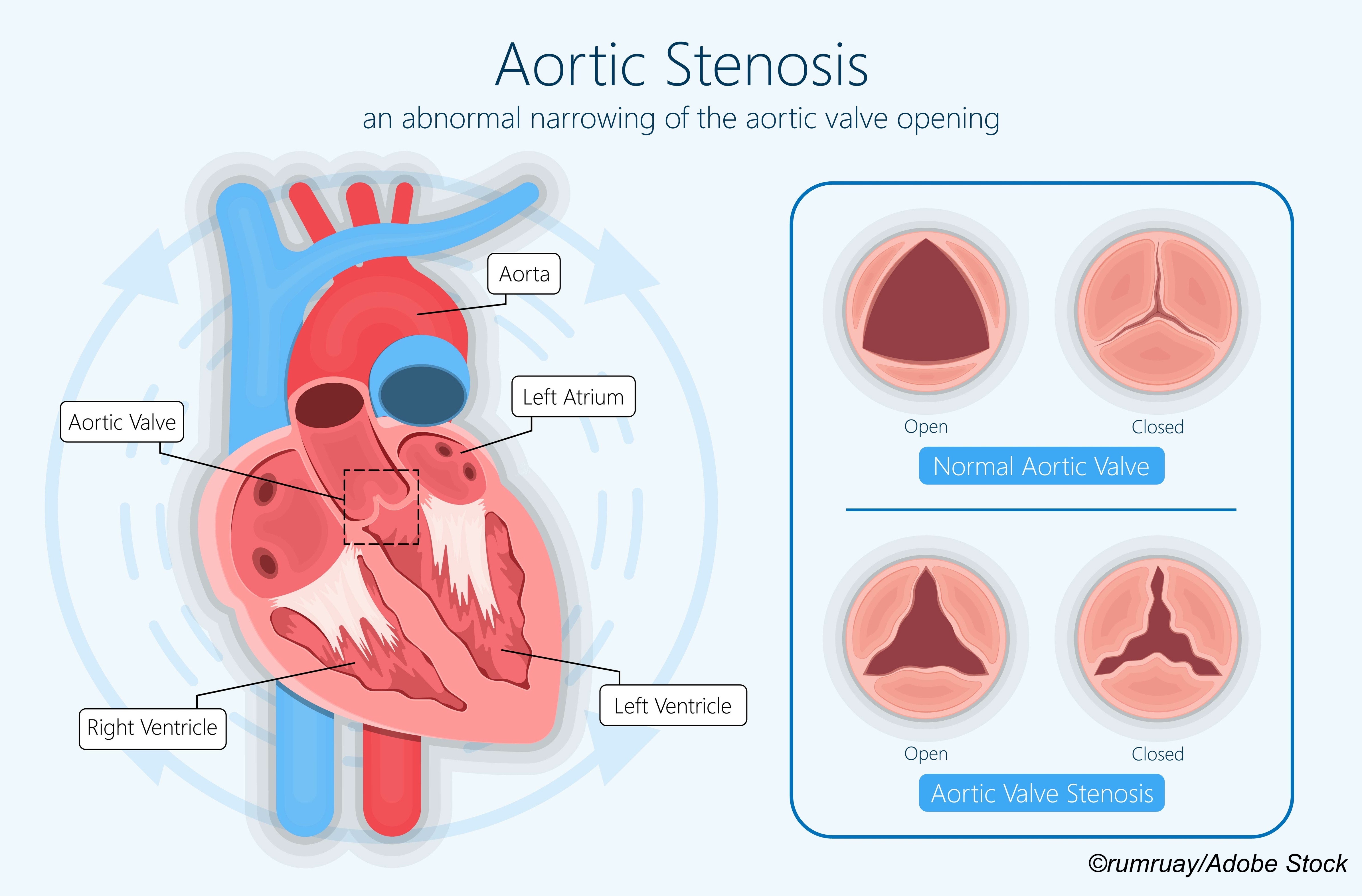 Age apparently matters when patients with symptomatic aortic stenosis are evaluated for surgical repair of the valve, as a sub-analysis by French researchers found that the oldest patients in the EURObservational Research Program Valvular Heart Disease II Survey (EORP VHD) were likely to be classified in a “not to intervene” group.

But age is not the great barrier it once was, and there are other factors that are drivers of decisions about who should or should not receive intervention—less severe heart failure (New York Heart Association Class I or II) and a higher age adjusted Charlson comorbidity index, as well as lower transaortic mean gradient, all weighed against the decision to intervene with surgical repair, Marc Eugène, MD and Bernard Iung, MD of the Cardiology Department, Bichat Hospital, and the Université de Paris, and colleagues wrote in the Journal of the American College of Cardiology.

The researchers planned to compare clinical decisions over a 7-month period (from Jan. 16 to Aug. 28, 2017) that determined which patients would be considered for immediate surgical aortic valve replacement (SAVR) versus decisions represented in the 2001 Euro Heart Survey, when 33% of elderly patients with severe symptomatic aortic stenosis did not receive surgical repair.

The EORP VHD survey “included 7,247 patients recruited over a three-month period in each center, including 2,152 patients with severe AS of any etiology, with no restriction regarding associated aortic regurgitation, without concomitant moderate or severe mitral valve disease and without any previous valvular intervention,” the study authors explained. Of those with severe symptomatic aortic stenosis, 1,271 met the Class I recommendation for intervention based on the European Society of Cardiology’s 2012 guidelines.

In an editorial comment published with the EORP VHD analysis, Patrick T. O’Gara, MD, and colleagues from the Cardiovascular Division, Department of Medicine, at Brigham and Women’s Hospital, in Boston, and colleagues noted that it “is important to note that the AVR outcomes reported include events that pertain to all patients (n=866, with results known for n=861) who underwent intervention during the study period and not just those with isolated, symptomatic severe high gradient AS. Of the 1,271 participants who comprise the focus of the report, 570 (45%) received AVR during the enrollment period… At six-month follow-up, survival was higher in the group referred for AVR than in the group in which a decision to not intervene was made. This survival difference remained significant after adjustment for baseline surgical and clinical risk.”

Although a direct comparison with the 2001 survey results was not precise, O’Gara and colleagues did acknowledge that it is “reasonable to infer that there has been an increase in the rate of referral for intervention in patients with symptomatic, severe AS over this 16-year timeframe, especially for patients over the age of 75 years. It also appears that reduced left ventricular ejection fraction may be less of an independent driver of decision making than it was previously.”

The EORP VHD investigators and the editorialists agree that the game changer for treatment of severe aortic stenosis was the introduction of transcatheter aortic valve replacement (TAVR), introduced in the pivotal PARTNER trial, which was reported nine years after the 2001 survey. Nonetheless, O’Gara wrote that “it was sobering, however, to note that in a sizeable proportion of patients, AVR was delayed for more than six months after enrollment, a worrisome observation in view of the high risk of adverse outcomes in this patient population when intervention is delayed.”

Iung received personal fees from Edwards Lifesciences; and has received travel fees from Boehringer Ingelheim outside the submitted work.