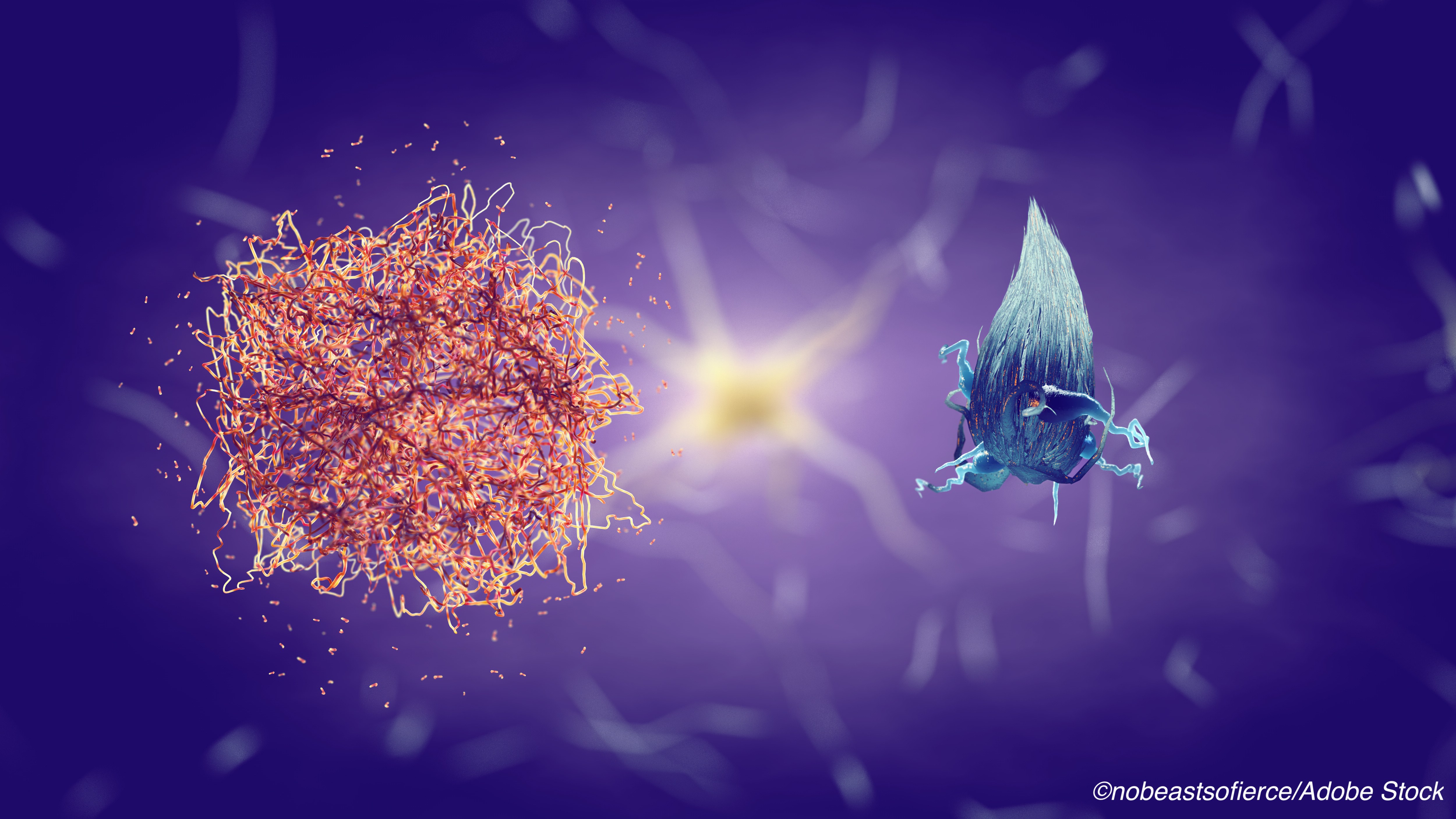 Clinical phenotypes of Alzheimer’s disease were linked to differential patterns of tau, but not amyloid pathology, a retrospective PET imaging study demonstrated.

“We showed that β-amyloid pathology showed absent-to-weak correlations with clinical features, while the severity and regional distribution of tau was associated with age of onset, clinical severity, phenotype, atrophy patterns, and APOE4,” wrote Renaud La Joie, PhD, of the University of California, San Francisco, and co-authors in Neurology.

“While some of these associations were noted in previous articles, the size and heterogeneity of our cohort allowed us to look at these different factors all together,” the authors wrote.

The researchers studied 119 symptomatic patients with either mild cognitive impairment (MCI) or dementia due to AD based on the National Institute on Aging-Alzheimer’s Association 2011 criteria.

All participants had both 18F-Flortaucipir PET for tau and a β-amyloid-positive PET with Pittsburgh Compound B. The cohort was considered in three analytic groups: people with no AD subtype identified (AD group; n=69), people who also fulfilled criteria for logopenic variant primary progressive aphasia (lvPPA, n=29), and people who also met criteria for posterior cortical atrophy (PCA

Tau-PET binding was higher in younger patients across phenotypes (r= −0.63, 95% CI −0.72 to −0.50), particularly in parietal and dorsal prefrontal cortices and correspondingly lower in older patients, regardless of phenotype.

Overall β-amyloid binding was unrelated to demographic/clinical variables or APOE4 and showed a widespread cortical distribution with subtle differences across phenotypes.

Tau binding showed both a general AD pattern (all phenotypes had increased signal in the temporoparietal region) and phenotype specific deposition: higher binding in occipito-parietal areas for PCA, left temporal and inferior frontal for lvPPA, and medial temporal areas for the AD group.

The high-risk APOE4 allele was associated with a focal medial temporal tau increase, after controlling for all other variables (entorhinal + 0.310 standardized uptake value ratio, 95% CI 0.091-0.530).

“Older age and APOE4 are not only risk factors for AD but also seem to affect disease expression by promoting a more medio-temporal lobe (MTL)-predominant pattern of tau pathology,” the researchers wrote.

While the study confirms some previous findings, its strength and novelty “lie in its inclusion of rare AD phenotypes with larger sample sizes than previous reports, concomitant investigation of two PET radiotracers, and the relationship across regional radiotracer uptake with clinical symptoms,” noted Sebastian Palmqvist, MD, PhD, of Skane University in Malmo, Sweden, and Arman Eshaghi, MD, PhD, of University College London, in an accompanying editorial.

“A detailed analysis of APOE4 genotype with tau- and β-amyloid-PET provides a comprehensive picture reported for the first time in the literature,” they added. “This work characterizes the heterogeneity of AD and therefore, may open new avenues for future research in precision drug targeting.”

Effective disease-modifying or preventive treatment for Alzheimer’s and other forms of dementia do not exist, despite great research and translational attention. Recognition that the concepts and categories used to study dementia were inadequate has led to new directions that may offer productive research goals. Recent approaches include biomarker-based disease definitions and diagnosis, such as the Amyloid-Tau-Neurodegeneration framework and blood markers including P-tau217 and P-tau181.

“The clinical expression of Alzheimer’s disease is heterogeneous and expands beyond the traditionally described older age amnestic dementia syndrome,” the researchers noted, pointing out that the age of symptom onset is highly variable, the APOE4 allele is associated with an earlier disease onset, and while memory loss is frequent, it is an inconsistent presenting feature of AD.

Previous research has shown that tau rather than amyloid differs by phenotype, tau burden is higher in younger patients, and that APOE4 is associated with medial temporal lobe-predominant tau pathology.

In their study, La Joie and colleagues recruited patients from the University of California San Francisco Alzheimer Disease Research Center. They excluded those with pathologic APP, PSEN1, or PSEN2 genes. Ages ranged from 48 to 95 with mean age of 65.3 years, and 52% were female.

Dementia was judged to be mild or moderate (CDR-SOB score 1 or 2) in 39% of all participants. Cognitive test performance was consistent with the three groups (PCA with visual-spatial deficits, lvPPA with verbal and phonological short-term memory, AD with lower delayed memory for both verbal and visual items).

“Although the results of this study should not be used for decision-making at an individual level, it can have implications for clinical practice,” Palmqvist and Eshaghi noted.

“The E4 allele is associated with restricted MTL tau accumulation which results in an amnestic phenotype. The absence of an E4 allele should therefore not reduce the probability [of] AD in younger individuals with a non-amnestic presentation,” they wrote.

“Further, the associations between the tau-PET pattern and clinical symptoms could provide complementary information about the diagnosis in addition to an Aβ-PET scan, which is less specific for symptomatic AD,” they added. “For example, it may be challenging to say if an 83-year old patient with memory impairment and a positive Aβ-PET scan has a symptomatic AD. But with increased tau-PET signal in the medial temporal lobe, the diagnosis of typical amnestic AD is much more certain.”

Limitations of the study include an AD cohort enriched by design for patients with non-amnestic phenotypes and across a wide age range (including extreme cases of the AD clinical spectrum) to encompass a large scope of AD clinical heterogeneity. Whether these findings apply to other populations is unknown.

La Joie had nothing to disclosure.

Eshaghi has received speaker’s honoraria from Biogen and At The Limits educational program, travel support from the National Multiple Sclerosis Society, and honorarium from the Journal of Neurology, Neurosurgery and Psychiatry for editorial commentaries.