Instead, researchers found, adolescents who experimented with e-cigarettes ended up smoking traditional cigarettes just as much as teens who never tried vaping.

“The findings show that e-cigs do nothing to deter the amount of combustible smoking in youth,” said lead study author Jessica Barrington-Trimis of the Keck School of Medicine at the University of Southern California in Los Angeles. “On the contrary, they increase the likelihood that vaping teens will start smoking.”

In the initial phase of the study, researchers surveyed 6,258 high schoolers in Southern California and Connecticut about their vaping and smoking usage. Roughly 14 to 17 percent had used traditional cigarettes and 23 to 29 percent had tried e-cigarettes.

Compared to the youth who never tried vaping, those who did were more than four times more likely to be dabbling with cigarettes or smoking one to two days a month by the end of the study.

And vapers were also more than three times more likely to be frequent smokers by the end of the study.

Teens who were using both combustible and e-cigarettes were more likely to continue using both than to switch to vaping only.

Big tobacco companies, including Altria Group Inc, Lorillard Tobacco Co and Reynolds American Inc, are all developing e-cigarettes. The battery-powered devices feature a glowing tip and a heating element that turns liquid nicotine and other flavorings into a cloud of vapor that users inhale.

Some previous research has suggested e-cigarettes might help some adult smokers cut back on traditional cigarettes or quit altogether.

“The research on e-cigarettes for smoking cessation among adults is mixed,” said Benjamin Chaffee, a researcher at the University of California San Francisco who wasn’t involved in the study. Some adults may be able to use e-cigarettes as a cessation aid, but some studies suggest vaping may make it harder to quit, he said.

The picture for teens is even murkier.

Instead, the current study offers fresh evidence that vaping may lure some young people to tobacco who might otherwise avoid it or make it harder for them to stop using these tobacco products once they start.

“These findings did not provide strong evidence of transition away from cigarette smoking as a potential public health benefit of e-cigarette use,” Barrington-Trimis said by email. “Collectively, findings from this paper suggest that e-cigarette use may result in an overall adverse impact to the public health of youth and young adults.”

The study wasn’t a controlled experiment designed to prove whether or how vaping might directly lead to smoking or impact teen cigarette use.

Still, the results suggest vaping won’t help teens stop smoking, said Janet Audrain-McGovern of the Perelman School of Medicine at the University of Pennsylvania in Philadelphia. 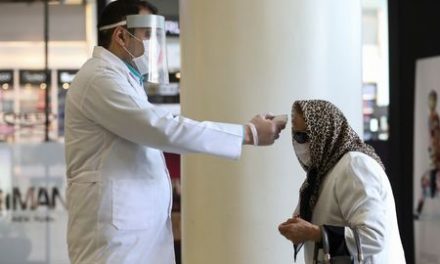 Iran’s coronavirus toll rises, but holding steady at under 100 new deaths per day