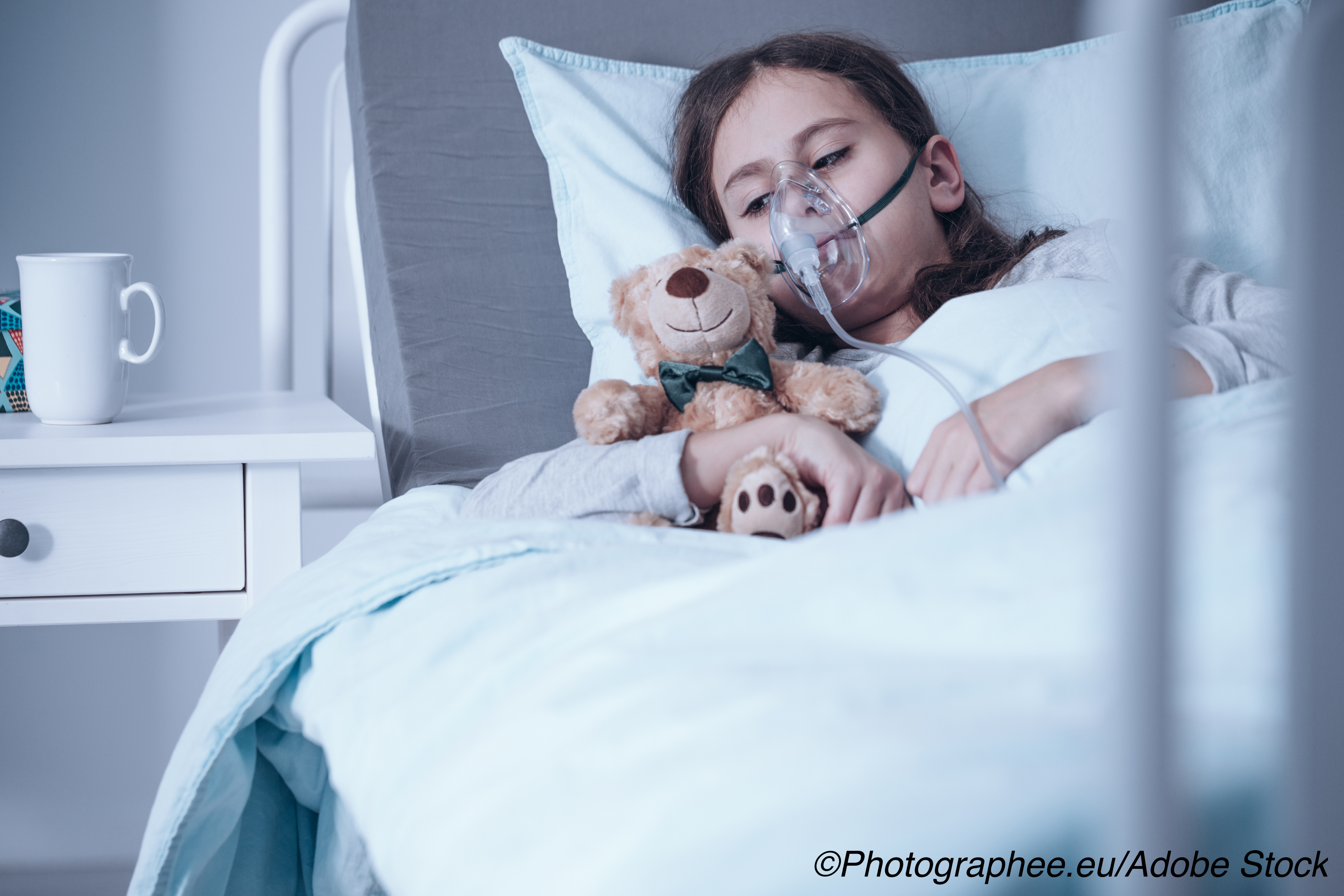 Stick with the WHO guidelines for treatment dosing and timing

For pediatric pneumonia, amoxicillin is still the preferred, global guideline-endorsed treatment, while a shorter course of the antibiotic was not inferior to a longer course, researchers reported.

In the RETAPP trial from Pakistan, HIV-negative children ages <5 years with pneumonia with tachypnea, the frequency of treatment failure was higher in the placebo group than in the group that received a 3-day course of amoxicillin, for a difference that did not meet the non-inferiority margin for placebo, according to Fyezah Jehan, MBBS, of Aga Khan University in Karachi, and co-authors.

“The incidence of treatment failure was lower among patients who received amoxicillin, and the 95% confidence interval for the difference did not include 0,” they wrote in the New England Journal of Medicine. “There were more relapses in the amoxicillin group between days 4 and 14, although the between-group differences for those results were not significant.”

And in a study done in the African nation of Malawi, treatment with amoxicillin for chest-indrawing pneumonia for 3 days was non-inferior to treatment for 5 days in HIV-negative children, ages 2 to 59 months, according to Amy-Sarah Ginsburg, MD, MPH, of the University of Washington Clinical Trial Center in Seattle, and co-authors.

“Keeping in mind the benefits to both patients and the health care system of a shorter course of antibiotic therapy and the fact that the WHO [World Health Organization] already recommends 3 days of amoxicillin for treatment of fast-breathing pneumonia, it appears that a 3-day regimen of amoxicillin in children with chest-indrawing pneumonia might be sufficient,” they wrote in NEJM. However, the trial was stopped early because the incidence of treatment failure was higher in the placebo group than in the amoxicillin group.

While the two trials are “well-performed” and “important,” they are not enough to change current clinical practice, noted Anne B. Chang, PhD, of the Queensland Children’s Hospital in Brisbane, and Keith Grimwood, MD, and Griffith University in Gold Coast, both in Australia, in an accompanying editorial.

But the studies do “highlight our limited knowledge regarding appropriate antibiotic prescribing for the various types of early childhood pneumonia as categorized according to WHO criteria,” they stated. “Both trials followed current WHO treatment guidelines, which sacrifice specificity for sensitivity to reduce mortality in low-income countries.”

They pointed out that the number of deaths in RETAPP was very low, even in the placebo group (0.05%), “possibly because most participants had viral infections,” while in RETAPP and the study by Ginsburg’s group, the “recorded incidences of fever and hypoxia were low” and “fever is one of the key symptoms in childhood pneumonia.”

Additionally, the studies call attention to the challenges that low-income countries face for diagnosing and managing pediatric pneumonia, such as lack of chest x-ray or microbiologic data (neither trial had them), and the “persistently high prevalence of malnutrition and the suboptimal prevalence of immunization,” Chang and Grimwood said.

The two trials “have contributed to our current knowledge, yet many gaps remain in our understanding of the appropriate management of pneumonia and deserve greater attention,” they concluded.

The trial’s primary outcome was treatment failure during the 3-day amoxicillin or placebo course. Ultimately, 4,002 children underwent randomization from November 2014 through November 2017 (n=2,003 in the amoxicillin group). “The prespecified noninferiority margin was 1.75 percentage points,” according to Jehan’s group.

The presence of fever and wheeze predicted treatment failure, according to the authors. Major factors affecting treatment failure based on a univariable analyses included diarrhea, anemia, a temperature of at least 37.5°C (99.5°F), a respiratory rate of at least 45 breaths/minute, and poor indoor air quality.

A single patient (<0.1%) in each group died. Relapse between days 4 and 14 occurred in 2.2% of children in the placebo group versus 3.1% in the amoxicillin group.

The number needed to treat to prevent one treatment failure was 44 (95% CI 31-80). The authors cautioned that this figure was “a relatively high number…high enough to suggest that antibiotics may not be warranted for a large number of children, yet there are subgroups with a clinical phenotype severe enough to warrant antibiotic therapy. Identifying these subgroups for targeted treatment can limit unnecessary antibiotic use.”

Study limitations included the narrow generalizability because of the inclusion criteria and the fact that the children lived in an area with “substantial health care utilization for respiratory infections,” so the results may not apply to areas where presentation is delayed.” Jehan’s group acknowledged the lack of imaging but explained that “this was a deliberate part of the ’real life’ design of the trial.”

Ginsburg’s group conducted a double-blind, randomized, controlled, non-inferiority trial in Lilongwe, Malawi. The children had chest-indrawing pneumonia with a cough lasting <14 days or difficulty breathing, along with visible indrawing of the chest wall with or without fast breathing for age, they explained.

The children were randomly assigned to receive amoxicillin, at 40 mg/kg body weight per dose for a total of 80 mg/kilogram per day, twice daily for either 3 or 5 days. Follow-up was done for 14 days, and the primary outcome was treatment failure by day 6.

The authors reported that, among children with day 6 data available, treatment failure occurred in 5.9% in the 3-day group and in 5.2% in the 5-day group for an adjusted difference of 0.7 percentage points (95% CI -0.9 to 2.4). These results, “satisfied the criterion for noninferiority of the 3-day regimen to the 5-day regimen,” Ginsburg’s group wrote.

Ginsburg and co-authors noted that “Poor adherence to antibiotic treatment has been associated with treatment failure in WHO-defined clinical pneumonia,” but in this trial, caregiver-reported adherence was good, at 91.6% in the 3-day group 91.8% in the 5-day group.

Study limitations included the fact that follow-up care and monitoring of enrolled was generally better than local standards of care, so the incidence of treatment failure may have been impacted by the high quality of care and “by the high awareness of and vigilance for detecting treatment failure,” the authors stated.

They suggested that “the findings of this trial may allow for harmonization and simplification of treatment courses to 3 days for both fast-breathing and chest-indrawing pneumonia in HIV-uninfected children.”

The study by Ginsburg’s group was supported by the Bill and Melinda Gates Foundation. Ginsburg reported no relationships relevant to the contents of this paper to disclose.

The study by Jehan’s group was supported by the Joint Global Health Trials Scheme of the Department for International Development, Medical Research Council, Wellcome, the Bill and Melinda Gates Foundation, and the Fogarty International Center/NIH. Jehan reported no relationships relevant to the contents of this paper to disclose.

Chang reported relationships with, and/or support from, GlaxoSmithKline, Merck, and the National Health and Medical Research Council (NHMRC). Grimwood reported support from NHMRC.