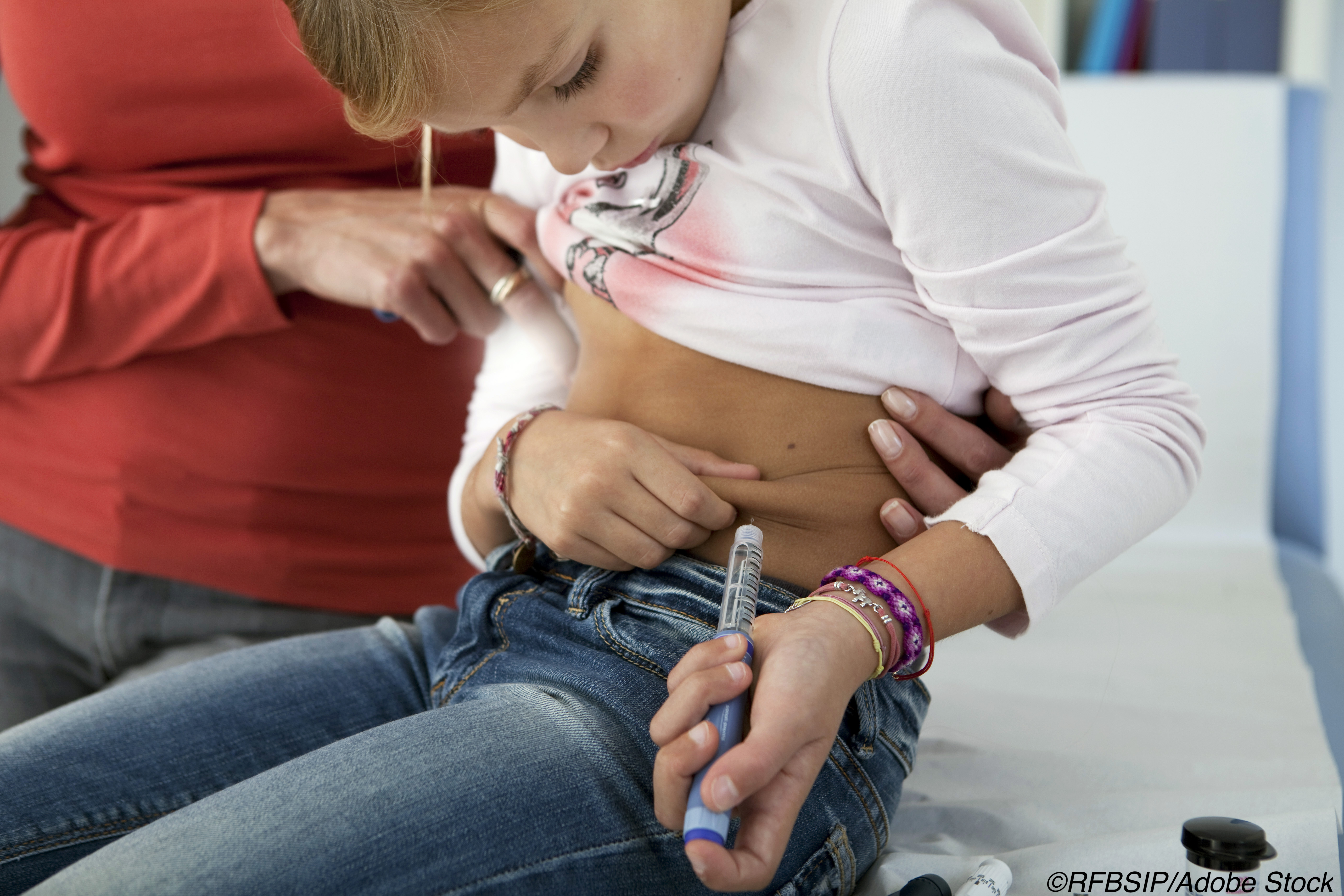 Treatment with a rheumatology drug led to better endogenous insulin production, and less exogenous insulin, versus placebo in children and young adults with newly diagnosed overt type 1 diabetes (T1D), according to results from the T1GER trial.

In the phase II study, the mean 4-hour C-peptide area under the concentration-time curve (AUC) at week 52 differed significantly between the group who received golimumab and the placebo group (0.64 pmol/mL versus 0.43 pmol/mL, P<0.001), reported Teresa Quattrin, MD, of the Jacobs School of Medicine and Biomedical Sciences, University at Buffalo, and the Diabetes Center, John R. Oishei Children’s Hospital, in Buffalo, New York, and co-authors.

Also, insulin use was lower with golimumab than with placebo, and a partial-remission response — defined as an insulin dose-adjusted glycated hemoglobin level score — was seen in 43% of participants in the golimumab group and in 7% in the placebo group, for a difference of 36 percentage points (95% CI 22 to 55), they wrote in the New England Journal of Medicine.

The tumor necrosis factor-α (TNF-α) inhibitor golimumab is FDA approved for use in adults and children for the treatment of rheumatoid arthritis, psoriatic arthritis (PsA), ankylosing spondylitis, and ulcerative colitis. The agent received FDA approval for the treatment of polyarticular juvenile idiopathic arthritis in patients ages ≥2 years and expanded approval in pediatric PsA in September 2020.

“The role of TNF-α in type 1 diabetes has been unclear in preclinical studies,” the authors explained. “Our trial results are consistent with those of a phase 1 trial of etanercept [Enbrel]… involving children with type 1 diabetes, in which the C-peptide level increased and insulin use decreased.”

In an editorial accompanying the study, Domenico Accili, MD, of Columbia University in New York City, pointed out that successful treatment of stage 3 T1D “faces overwhelming odds, because beta cells are nearly depleted when symptoms arise.”

In terms of the T1GER results, “It should not surprise us that immunomodulatory therapies that act on different stages of the autoimmune process, from the cellular (T and B lymphocytes) to the biochemical (cytokines) level, have similar effects; this similarity reflects the lack of more specific readouts of beta-cell number and cellular stress or death,” he wrote.

However, Accili stressed that immunotherapy carries risks, such as severe infection, immunosuppression, or lymphoma. It can also prove “logistically and emotionally fraught, as patients and their families struggle to cope with a new diagnosis of type 1 diabetes, a life-changing event,” so, “providers should be educated as to which patients can benefit from this approach and to what extent.”

Quattrin’s group randomized 58 children (mean age around 13 years; majority male and white in both groups) with newly diagnosed overt T1D in a 2:1 ratio to receive to receive subcutaneous golimumab (n=56) or placebo (n=28) for 52 weeks. Mean body weight was about 56 kg (around 123 lbs) in the study-drug arm and about 58 kg in the placebo arm.

The study’s primary endpoint was endogenous insulin production based on the AUC for C-peptide level in response to a 4-hour mixed-meal tolerance test at week 52. Other endpoints included insulin use, glycated hemoglobin level, number of hypoglycemic events, and response profile.

The authors reported that a “treat-to-target approach led to good glycemic control in both groups, and there was no significant difference between the groups in glycated hemoglobin level.”

Also, the mean number of hypoglycemic events did not differ between the trial groups, with hypoglycemic events with adverse events recorded by investigators in 23% of participants on golimumab and 7% on placebo, including any injection site reaction and any infection. There were no reported cases of diabetic ketoacidosis, neoplasia, serious or opportunistic infections, tuberculosis, or anaphylactic reactions, according to the authors.

Quattrin and co-authors found that the percentage of patients who had a post-baseline decrease in the neutrophil count was higher in the golimumab group versus the placebo group (29% versus 19%), with “transient fluctuations in the neutrophil count… observed among the participants in the golimumab group while they were receiving treatment… One participant who had a low neutrophil baseline count discontinued treatment at 6 months,” they stated.

Finally, antibodies to golimumab were seen in 30 participants, and 29 had antibody titers lower than 1:1000, of whom a dozen had positive results for neutralizing antibodies.

Quattrin’s group agreed with that Accili that “Future efforts will be needed to determine the extent of beta-cell preservation and how to improve golimumab efficacy.”

The study was funded by Janssen Research and Development. Some co-authors are company employees.