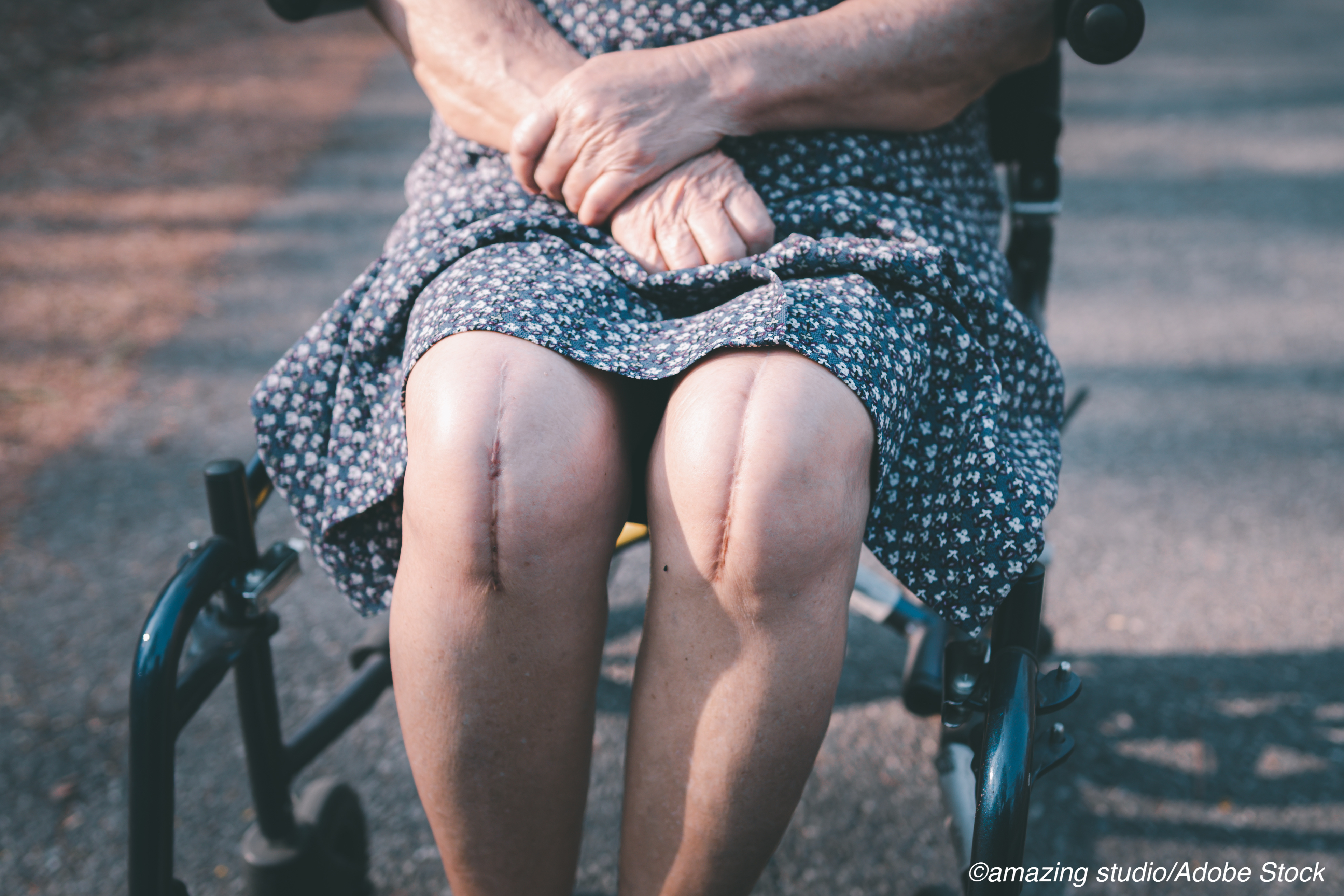 From a dollars and cents perspective, total knee replacement (TKR) was a “good value” in patients with obesity with end-stage symptomatic knee osteoarthritis (OA), even if they had multiple comorbidities, researchers reported.

In a cost-effectiveness analysis of U.S.-based recipients of TKR (also known as total knee arthroplasty or TKA) with a BMI of ≥40 kg/m2, TKR boosted quality adjusted life-years (QALYs) by 0.71 year and lifetime medical costs by $25,200 for patients, ages 50 to 65. The incremental cost-effectiveness ratio (ICER) was $35,200, according to Elena Losina, PhD, of the Orthopaedic and Arthritis Center for Outcomes Research (OrACORe) at Brigham and Women’s Hospital in Boston, and co-authors.

However, the authors acknowledged that “clinicians may have practical concerns that we did not factor into our analysis. High BMI creates additional surgical difﬁculty, and operating room and surgical equipment is not always designed to accommodate” patients with a BMI ≥40 kg/m2.

Clinicians and patients need to “weigh the potential improvements in the patient’s QOL [quality of life] against possible surgical risks. Patient safety concerns should take precedence over our cost-effectiveness ﬁndings because the cost-effectiveness of a procedure does not imply reduced risk for perioperative complications,” they wrote.

In fact, procedural complications in these patients is a major issue, despite the clinical boons they may ultimately experience from the surgery. A 2014 HSS Journal review by E. Carlos Rodriguez-Merchan, MD, PhD, of La Paz University Hospital in Madrid, noted that for complications and survival rates, “obesity has shown to have a negative influence on outcome after TKR,” although “improvements in patient-reported outcome measures…were similar irrespective of body mass index.”

A 2011 study in Obesity Surgery concluded that “Severe and morbidly obese and nonobese patients had similar change scores and TKR outcomes in terms of HRQOL [health-related quality of life] at 12 months after TKR.” However, these patients experienced more intraoperative difficulties and more-severe post-operative complications, according to the group from the Biomedical Research Institute August Pi i Sunyer in Barcelona.

And a 2017 analysis of patient-reported data from two major TKR studies — AViKA and STARs — found that those with a higher BMI had absolute pain and function scores that were similar to those in the non-obese and class-I obese groups (BMI 30 to 34.9 kg/m2), but there was a “differential trajectory of recovery in the first 3 months following [TKA as] higher BMI was associated with worse preoperative pain and function…the higher BMI groups experienced greater improvement in the first 3 months postoperatively compared with the lower BMI groups, and afterward, the trend over time was similar across all BMI groups,” noted Jamie E. Collins, PhD, of Boston University School of Public Health, and co-authors.

In a commentary accompanying the study by Collins’ group, Craig J. Della Valle, MD, of Rush University Medical Center in Chicago, noted that “one of the weaknesses of this study was that the investigators grouped together all of the patients who had a BMI of ≥40 kg/m2, and this subset was only 9% of their sample. Many of us encounter a large number of patients with a BMI of >40 kg/m2, and this study unfortunately provides us with little insight into the super morbidly obese patient with a BMI of >50 kg/m2. In this subset of patients, we know that the risks are very high, but we are still left unsure about the benefits of [TKA].”

A 2015 American Academy of Orthopedic Surgeons (AAOS) surgical guideline for management of knee OA, designated obesity as a factor for risk stratification and noted that the studies their experts reviewed were of moderate to high quality.

In the AAOS OrthoInfo patient page, the academy points out that “Patients who need joint replacement surgery often intend to lose weight after their procedure — when their relief from pain will enable them to be more physically active…studies show that just a small percentage of patients with obesity actually lose weight after joint replacement — the majority of patients maintain the same BMI after surgery.”

The authors explained that “We conducted analyses from the health care sector’s perspective because cost-effectiveness considerations may inform TKR recommendations made by hospitals and health systems.”

The majority of the patients were women (75%) and white (88%) with a mean age of 59 for the ages 50 to 65 cohort and 72 for the >65 group. The younger group had an average preoperative pain score of 54 versus 48 for the older group based on the Western Ontario and McMaster Universities OA Index (WOMAC) pain scale (0 to 100 for best to worst), and the authors “derived average improvements in WOMAC pain after primary TKR from previously reported studies.”

Based on a sensitivity analysis, the authors reported that for larger TKR recipients with diabetes and CVD, the ICERs were <$75,000 per QALY. “Results were most sensitive to complication rates and preoperative pain levels. In the probabilistic sensitivity analysis, at a $55 000-per QALY willingness-to-pay threshold, TKR had a 100% and 90% likelihood of being a cost-effective strategy” for those ages 50 to 65 years and for those ages >65 years, respectively.

In terms of pain, TKR recipients with higher pre-op pain had a greater pain improvement after TKR, while for TKR-related late-pain failure, older, heavier patients “increasing the probability of annual late pain failure from 0.48% to 3.0% decreased QALYs gained after TKR to 0.31 year…but across all pain failure levels considered, ICERs never exceeded $70,000 per QALY,” Losina and co-authors stated.

Study limitations included the possibility of selection bias in clinical practice and the lack of data on whether physical activity or lifestyle modiﬁcation programs would impact the results. Finally, the authors stated that the small percentage of patients with a BMI ≥40 kg/m2 was a shortcoming, although they said that their sensitivity analysis made up for some of that.

But they stressed that their findings have “important clinical care, policy, and research implications,” especially because many clinicians will advise patients with obesity to undergo weight-loss interventions before TKR, and “fewer than 15% of patients lose 5% or more of their body weight before TKR.”

Not surprisingly, the pandemic led to many surgeries being delayed, and TKR was “identified as being amenable to delay in most cases,” because it’s viewed mainly as an intervention for pain relief, so “considered…to be elective in nature…a survey conducted by the American Association of Hip and Knee Surgeons…found that 92% of members’ hospitals had ceased performance of elective surgery [during the pandemic],” noted Jacob M. Wilson, MD, of Emory University in Atlanta, and co-authors in a 2020 study.

But holding off on TKR during the pandemic may be problematic down the road, according to researchers from Sorrento Therapeutics in San Diego. They pointed out that such delays “may not produce a significant progression of OA within the knee, [but] could lead to muscle wasting due to immobility and exacerbate comorbidities, making rehabilitation more challenging.”

The study was supported by National Institute of Arthritis and Musculoskeletal and Skin Diseases/NIH.